The apparent suicide of singer and actress Sulli this week has shone new light on the pressure faced by South Korea's young K-pop stars. Tabloids and gossip television drive a culture of constant scrutiny. 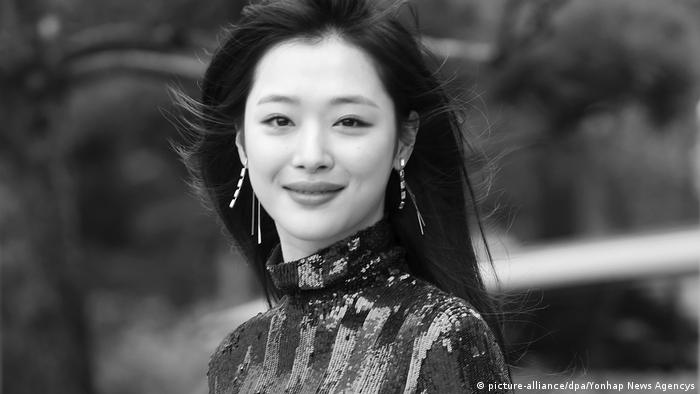 South Korean media has devoted pages of newspapers and hours of lurid television coverage to the apparent suicide of pop star and actress Sulli on Monday, with anonymous posters using online message boards to exchange accusations of blame and repeat unsubstantiated rumors.

Some critics believe a media culture that is quick to build up the next rising star, and is equally fast to knock them down again, bears at least some responsibility for the death of 25-year-old Sulli and a number of other "idols" over the last decade.

"There have been a series of high-profile suicides in the last few years of people who are stars of the pop or television scenes. Their suicides have inevitably each time become topics of interest in and of themselves," said Emanuel Pastreich, director of the Seoul-based Asia Institute. "It is almost as if these deaths are 'part of the show' and are reported as such."

Sulli, whose real name was Choi Jin-ri, first appeared as an actress at the age of 10 before making her debut as a K-pop singer with the all-girl group f(x) in 2009.

Throughout her career, Sulli's personal life provided fodder for the tabloids and she suspended all appearances in 2014 after becoming the target of malicious online rumors and allegations.

She later returned to acting and recently appeared on a television program to describe the abuse that she had been subject to from anonymous posters on web sites. That appearance only appears to have worsened the attacks.

Sulli is far from the first South Korean starlet to take her life as a result of pressure by media and the voracious public, a situation that has only worsened with the advent and explosive growth of social media.

In 2005, actress Lee Eun-ju killed herself at the age of 24 and wrote a suicide note in her own blood, blaming the pressures of appearing in films. The singer and actress who went by the name U;Nee committed suicide aged 25 in January 2007, followed a few months later by actress Choi Jin-sil.

More recently, Kim Jong-hyun, lead singer with the popular boy band Shinee, was found by paramedics in a hotel room after he sent a suicide note to his sister. He was later pronounced dead.

In his suicide note, 27-year-old Kim described himself as being "broken inside" and wrote, "I hate myself."

Pastreich said he has visited one of the many K-pop studios in Seoul that promise youngsters the chance of a life as a pop star or a movie idol.

"[They] lead incredibly unnatural and inhumane lives," he told DW. "The environment that these young boys and girls live in is utterly ruthless and very, very tough. They have to practice constantly, they have little in the way of a life outside the studio, there is a lot of pressure from the very outset and those that are signed up by an agency are basically owned by that agency."

"Very few are successful, and even then they are still under terrible pressure to look good, to smile, to be beautiful," he said. "And it is worse for the women. There have been numerous cases of up-and-coming stars saying they were forced into relationships with managers, agents or other idols in order to promote their careers."

"The message was that if they didn't do some particular dance or they didn't go out with a person, then their career was over." 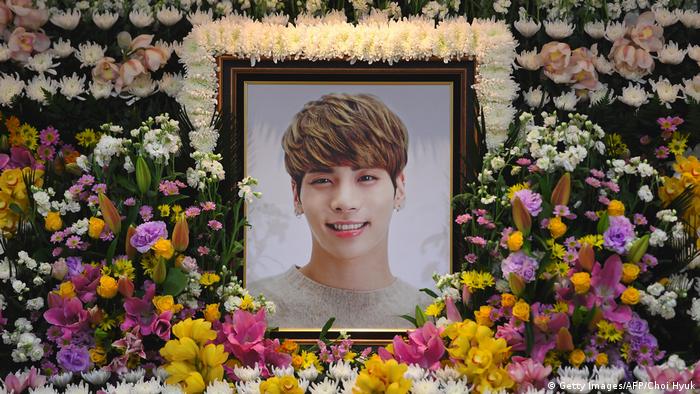 "The scandals, the rumors, the jilted lovers, the relationships: the media and social media played it up," said Pastreich.

"It became all part of the performance of these people's lives until we have these tragic ends, which are once again perfect for the media machine."

Han Ye-jung, a human rights lawyer for a Seoul law firm, agreed that Sulli's life ended tragically, but believes it could have been avoided.

"She was so young when she started acting, so she was in that lifestyle very early," she said. "Even when she was a kid, she had no sort of personal life and everything that she did was shared with the public. As she got older, that became more vocal criticism and I can only think that she was not strong enough to handle that sort of pressure."

As recently as August, Sulli attracted criticism after photographs appeared showing that she was not wearing a bra under a blouse when she appeared in public.

She attempted to tackle the issue head-on by saying that wearing a bra was uncomfortable and that it was her choice, but her social media accounts were deluged with further criticism that her actions were "radical" or inappropriate in public.

An earlier breakup with a former boyfriend, Kim Moon-joon, also attracted unflattering messages on social media, while a relationship in 2014 with a rapper 14 years older than her was revealed by paparazzi photos.

"People like to gossip and it was easy to target her," said Han. "She acted strong when she appeared in public, but it seems that in the end she thought she had no way out. The pressure must have been so much — and still people wanted more information and more gossip."

South Korea's pop, television and movie industry has come to a halt in the wake of Sulli's suicide, with actors and singers halting performances and declaring their solidarity with her plight.

Yet Pastreich points out that South Korea has been in this position before and, within a few short weeks, the public's thirst for scandal means the media will turn its attention to another star.

If you are suffering from emotional strain or suicidal thoughts, seek professional help. You can find information on where to find help, no matter where you live in the world, at this website: www.befrienders.org.

The prominence of K-pop has drawn many global talents to the music industry in South Korea. For the overseas talents, it often means adapting to an extremely regimented and coordinated production system of entertainment.