Replicas of towns from Germany, Britain, the Netherlands, Spain, the US and other countries have become hugely popular in Japan, especially with the COVID pandemic continuing to complicate international travel. 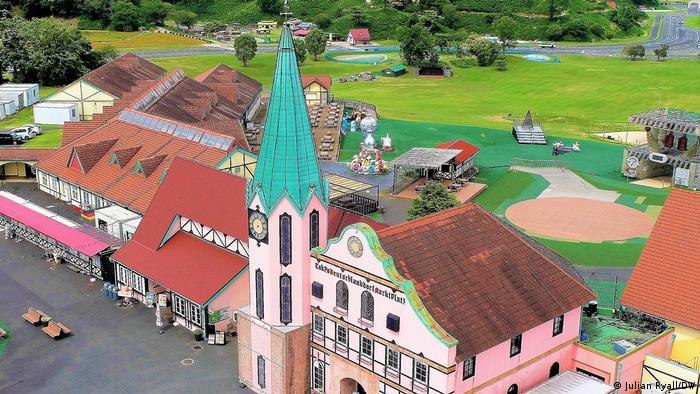 This German village has been recreated in Chiba Prefecture, just outside Tokyo

A narrow boat navigates the canal, the sails of the windmill turn in the gentle wind and people are making their way to the Christmas market in the town square, surrounded by red-brick houses and overlooked by a tall church tower.

The chatter of the passersby on the cobbled roads, however, is entirely in Japanese.

"Huis Ten Bosch" is a sprawling theme park in the southern Japanese city of Nagasaki. It provides a stunningly accurate depiction of a traditional Dutch town, down to the last tulip.

The hotels, shops, theaters and restaurants are all faithful replicas of those found in Holland and the park, which covers an area the size of Monaco, attracts millions of visitors every year.

And while Huis Ten Bosch may be the largest "foreign town" in Japan, it is far from the only one.

A German village has been recreated in Chiba Prefecture, just outside Tokyo; a replica of a Spanish town is a big draw for visitors to Mie Prefecture; British Hills is an enclave of tea and etiquette in Fukushima Prefecture; an American Village is popular with locals and expats alike in Okinawa; and a number of Japanese cities are also home to bustling Chinatowns, notably Yokohama, Kobe and Nagasaki.

The replica towns are perfect for Japanese who want to experience other countries and cultures but are not able to.

For some, travel plans have been curtailed for financial reasons or because of the coronavirus pandemic over the last two years, while there are others who are a bit nervous about stepping outside of their domestic comfort zone. 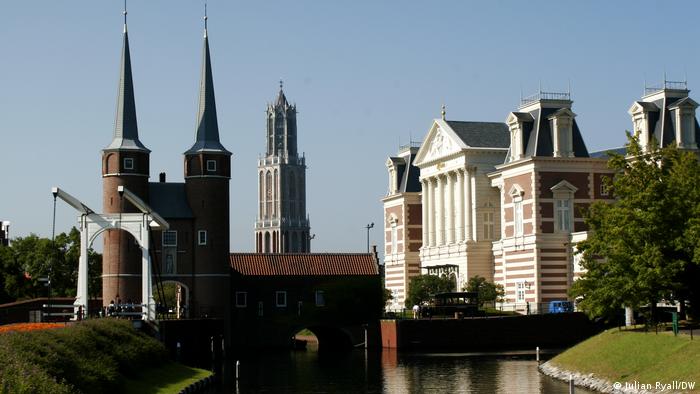 If Japanese cannot go to Germany, England or the US, Japan's theme park developers have brought abroad closer to home.

"It's a huge park and we have many attractions all through the year," said Naoko Kurosawa from The Country Farm Tokyo German Village in Sodegaura city, east of Tokyo.

"In the summer, we have a lot of flowers in the park, and because we are so close to Tokyo, that is where a lot of our visitors are from."

"Lots of people have not been able to have proper holidays for two summers now, and no one has been going to other countries, so coming here is a sort of escape," Korosawa told DW.

The park has a zoo, an area for visitors with dogs, play areas for children, mini-golf, a big wheel, shops and restaurants selling German cuisine, including pretzels, sausages and schnitzel, all washed down with a good selection of German beers.

About 90 minutes north of Tokyo by train is a recreation of another European way of life, with British Hills describing itself as "The Britain that anyone can visit without a passport."

Set up in 1994, the facility is open to day-trippers and has hotels for guests, but its primary aim is to provide immersive classes in English language and culture, down to ordering tea and scones in the Ascot Tea Room or a pint in the authentic surroundings of The Falstaff pub. 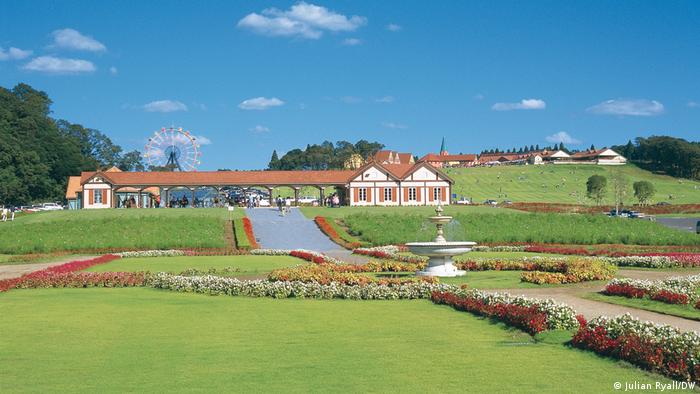 "A lot of Japanese people relate to Britain, and the two countries have a lot of similarities, such as both having a monarchy, a more conservative outlook, a focus on manners and being polite and a long history," said Zain Abba, the manager of the facility.

"I also think that a lot of people with that affinity for England are frustrated that they have not been able to travel there this year, so British Hills can give them a taste of it without even having to leave the country," he told DW.

Kanako Hosomura visited British Hills as a schoolgirl and said she recalls the sensation of "really being in England."

"I had never been to another country at that time so I only knew about England or Europe from films or television, but I was there for a study course and it felt like I had stepped into a different world," she told DW. "Even though I was only there for a short while, I think it made me want to travel and see other countries."

The majority of Japan's foreign-themed attractions were built during the years of Japan's "bubble economy," when cost was no barrier and developers were looking to tap into the nation's new-found desire to travel, even if it was to an ersatz version of another country, said Ashley Harvey, general manager of a destination management firm, Aviareps Japan.

"There is still a large percentage of the Japanese traveling population who are reluctant to get on a plane for a number of reasons," he told DW.

"Travel, of course, is expensive, and there is always concern over the language barrier wherever Japanese travel, and they become terribly concerned about making social faux pas in situations that they don't understand, such as tipping.

"It's FOMU — or 'fear of messing up' — and it prevents quite a lot of people from going overseas," he said. "These parks are perfect: the ultimate curated experience of another country and culture without any of the associated risk."

The Japanese community in Frankfurt