How Israeli artists are finding themselves in Berlin

Despite enduring memories of the Holocaust and fears of a brain drain, Israeli artists continue to move to Berlin. Events like the ID Festival reveal how the city helps them forge identities in an unlikely place. 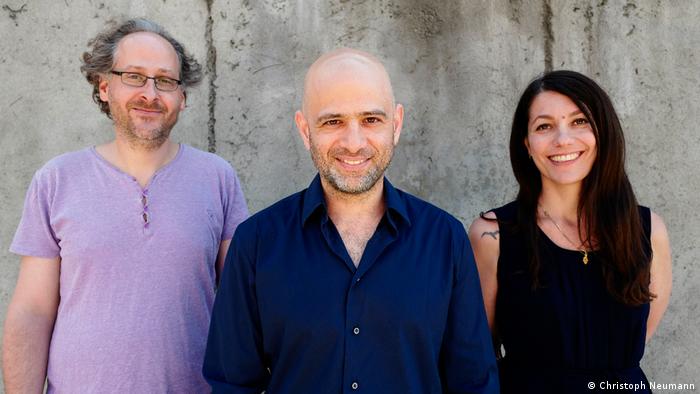 Several years ago, Israel-born, Berlin-based musician Ohad Ben-Ari set out to create an orchestra made up of the Israeli musicians that were increasingly flocking to the German capital.

For the pianist-composer, who studied music in Frankfurt as a teenager in the 1990s, the abundance of talented artists from home was nothing less than a phenomenon. "When I was a kid there were no Israelis here," he recalled.

Eventually, his orchestral ambitions resulted in him founding the ID Festival (ID as in identity) - three days of multi-genre artistic performances celebrating the growing scene of Israeli artists influenced by collaborations and interactions in their new home.

Seventy artists will present classical music concerts, dance performances, theater, film and more in the second annual festival, which runs from October 21-23. Addresses topics of identity and migration, the event is held in Radialsystem, a 19th-century wastewater management facility-turned-performance space.

Is Berlin causing a brain drain in Israel?

Berlin as the "it" place for creative types has been well documented in recent years, as has the influx of mostly young, liberal Israelis opting for the perks Berlin has to offer, including affordable housing. 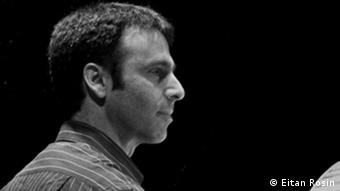 For Ittai Rosenbaum, moving to Berlin was about exploring his family's roots

The Israeli embassy in Berlin estimates the city is home to 11,000-12,000 Israeli expats, although numbers are likely higher, as many hold European passports. The topic is polemic in Israel, with media debates portraying the "Berlin calling" as a brain drain, bringing some of the nation's most-educated to a city many see as shadowed by the horrors of the 1930s and 40s.

"The media turn it almost into a moral issue, whether Israelis and Jews should even live in Germany," says Ittai Rosenbaum, an Israeli living in Berlin and a performer in the festival with The Third Generation Cabaret. "Many Israelis who move to Berlin had families that have escaped the Holocaust or were killed during it."

His decision to move to Berlin over a year ago was more personal than political. "It's really about identity; that members of our families did emigrate from a certain place with a certain language and culture and there's no reason to avoid curiosity about it."

For Ben-Ari, who moved to Berlin in 2010, centering the festival around the exploration of identity was crucial. "The question of identity is something that we as artists, but also as migrants, ask ourselves on a daily basis. It's also very confusing for Israelis specifically outside of Israel to understand their identities because the general non-Jewish population has difficulty distinguishing between Jewish and Israeli people." 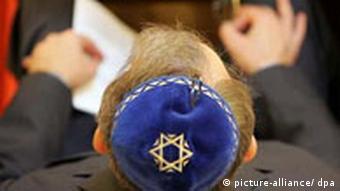 He describes Jewish culture as more traditional and hence religiously oriented, giving the example of the Jüdische Kulturtage (Jewish Culture Days), which take place in Berlin from November 5-13. While elements of Jewish culture come into play throughout the festival, he describes it as unique in that it is first and foremost "a German festival of Israeli culture."

"We want to show a community of artists that live in Berlin that is more liberal, more secular, more pro-peace for lack of better words - more queer, more colorful," he explains.

"I managed to deal a lot with my identity in my music when I moved to Berlin," said Jerusalem-born singer-songwriter Nitsan Bernstein.

Her fascination with German culture and desire for international artistic collaboration brought her to Berlin three years ago. She and Rosenbaum came up with the concept for The Third Generation Cabaret, a witty musical journey through 20th-century Jewish/Israeli-German history directed by Indre Bogdan of Germany. In it, Bernstein plays a character based on herself named Sarah, a young Israeli of German descent who moves to Berlin to pursue her artistic ambitions. Alternating between Hebrew, English, German and Yiddish, she performs Hebrew folk songs, original compositions in Weimar-era cabaret pieces. 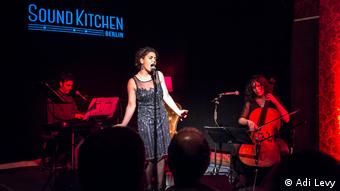 For Bernstein, whose grandmother is a Holocaust survivor, no topic is off-limits. The group recently released a video of their song "Anti-Semites," poking fun of what she describes as the "totally understandable inclinations of Israelis and Jews to feel attacked and criticized," regardless of the reality of the situation.

"Now that I'm living in a different country, I ask myself the questions how much Israeli culture relates to me and how much Judaism is relevant to me," says the artist who grew up in a secular household.

'We're not singing hallelujah to the state of Israel'

The decision to focus this year's ID Festival on the theme of migration was a response to the arrival of refugees from the Middle East. It's also a topic that's central to the history of Israel and Jewish people. Yet, the creation of modern-day Israel in 1948 and subsequent uprooting of the people of Palestine is a topic Ben-Ari says is part of his country's history and should not be avoided.

One of the festival events is the screening of the film "Junction 48," a Berlinale audience award-winner that tells the story of a Palestinian hip-hop artist who uses his music to combat social injustice. The protagonist's story is based on real life Palestinian rapper Tamer Nafar, whose group is to perform after the screening.

"We are not trying in any way shape or form trying to sing "'hallelujah' to the state of Israel," says Ben-Ari, "but rather tell our reflections and show what we think about the state of things."

The newly appointed Minister of Culture Miri Regev sparks strong criticism. A series of recent statements lead to believe freedom of expression could be threatened by the government's policies. (22.06.2015)

From Berlin to Tel Aviv and back again

To mark the 50th anniversary of German-Israeli diplomatic relations, the Tel Aviv Museum of Art allowed some of its most precious works to visit Berlin. A bold metaphor for the ties between the countries. (27.03.2015)

Artists or youngsters looking for better life aren't the only immigrants heading to the German capital. Israeli IT professionals, who can get by quite well in their own country, are discovering Berlin. (09.10.2014)