Artists or youngsters looking for better life aren't the only immigrants heading to the German capital. Israeli IT professionals, who can get by quite well in their own country, are discovering Berlin. 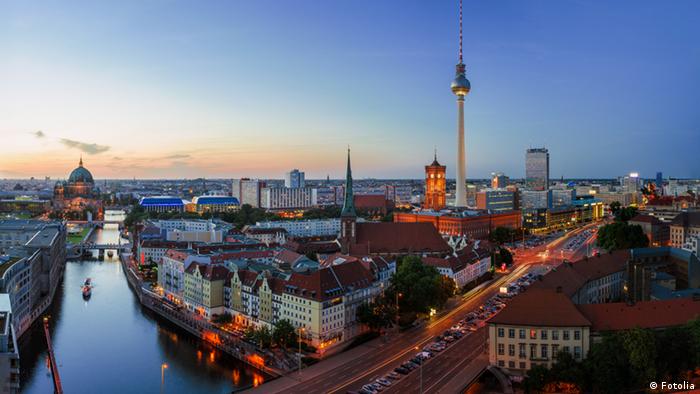 Berlin is one of Europe's most cosmopolitan cities, so it is no wonder people from all over the world are flocking to the German capital. The city is also home to a growing community of Israelis who have chosen to emigrate, frustrated by their country's deteriorating political and economic situation. Recently, even IT professionals who can get by fairly well in Israel - with high salaries and a comfortable lifestyle - have discovered Berlin as a city from which they can access the European market.

"We realized that Germany has a huge potential, and unlike the United States - we'll have almost no competitors," says Moshe Bar-Oz, founder of the Israeli start-up ShopEat.

"I personally met CEOs of large firms here," Bar-Oz adds. "Who would even look at me in the States?"

ShopEat, which produces a technology that converts cooking recipes into detailed shopping lists and has several partners in Israel, is now considering moving its headquarters to Berlin.

"Berlin is cheaper than Tel Aviv, and there is a huge respect here for Israelis," Bar-Oz explains. "Germans will ask 'when will you have time for us, sir?' or 'can we meet where it's convenient for you?'"

Wayn's company is developing a system for tracking and monitoring skin moles that trace cancer in its early stages, using a smartphone or a digital camera. Its next goal is to facilitate the scans using Google Glass so that physicians can upload them to a cloud - this would automate a process that is currently manual.

Wayn's idea for the application started when his father was diagnosed with melanoma, a type of skin cancer.

"He recovered, but to prevent the cancer from coming back he had to visit the doctor regularly. The only way for a doctor to examine moles is by taking pictures of them and analysing their development using their eyes," he explains. "Just think of a possibility that they're tired or upset."

"Everything here is more convenient and welcoming," he says. 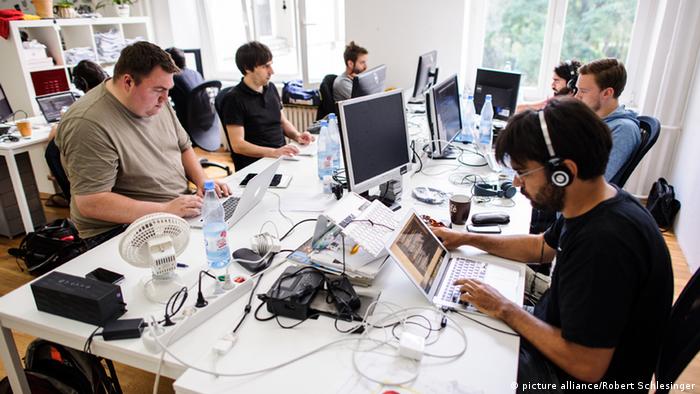 A start-up event in Berlin

Connecting to Europe via Berlin

Five of the eight start-ups in the latest cycle of Plug and Play were Israeli. And all the Israeli companies that participated decided to stay in Berlin - by moving their main operations there or opening offices.

"Everyone in Germany sees Israel as a start-up nation, especially in the fields of security and IT. It may be stereotypical but true," explains Jörg Rheinboldt who heads the accelerator. "For the Israelis, launching in Germany is proof for future investors that their start-up can make it also outside of the local market."

Axel Springer has a long history of supporting Israel but Rheinboldt claims their considerations are strictly business.

"We wanted start-ups from Eastern Europe, Turkey and Israel because we believe good things happen there. It was completely pragmatic," he says. "We want to work with creative people and we are interested in new technologies. In return we offer financial support, guiding and a lot of connections."

Beyond the accelerator, many Israelis find hi-tech jobs in Berlin or come up with their own start-ups. In "Spitz," a Berlin Hebrew magazine for Israelis, there is a special section for start-ups in the German capital, and a Facebook group called 'Germany-Israel Hi-Tech Forum' is very active. There are posts from companies like Checkpoint Israel and German firms. 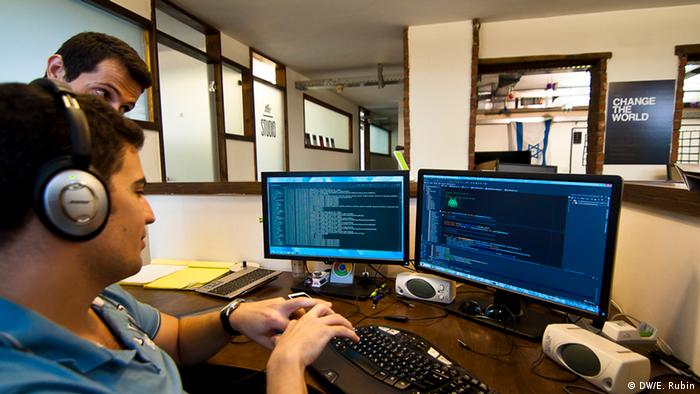 "In Germany, they're not fed up with ideas yet. Unlike the Americans, they are still hungry for new technologies," says Eli Ken-Dror, CEO and co-founder of Vicomi, a company that develops tools to identify online user sentiment.

The accelerator is one example of the efforts the German capital is making to become a start-up city. In June, Google launched the start-up incubator 'Factory' in Berlin's Prenzlauer Berg. Factory is home to the offices of Twitter, Soundcloud, Mozilla and Zendesk, among others.

"Putting up a base in Berlin is quite logical. It's the center of Europe, and not far from Israel or any other important city in the continent," says Ken-Dror.

Berlin's start-ups include Tweek, Gidsy and Vamos: There's a lot more of them in the German capital, and a lot of investors too. (29.11.2012)

Five new companies are founded in Berlin every day, one of those startups is called Vamos. In the second installment of our series, we follow the Swedish company's mission to drum up investment—hopefully a big one. (29.11.2012)

Christian Claussen is meeting up with other investors at a luxury restaurant in a former East German gas station to discuss the start-up scene. (29.11.2012)