How is Deutsche Welle financed? | News and current affairs from Germany and around the world | DW | 16.12.2010

How is Deutsche Welle financed?

DW’s budget is made up of funds allocated by the federal government from German tax revenues. To the contrary, national public broadcasters in Germany are financed from subscription fees. 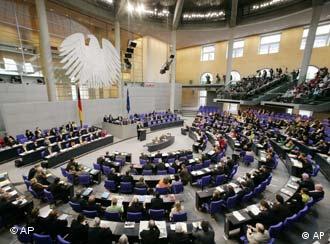 In the restructuring of the broadcast landscape following German unification, DW was the only broadcaster to remain organized under federal law. Unlike the ARD public broadcasting networks, DeutschlandRadio and ZDF, DW receives no funding from subscription fees, but is rather supported through tax revenue. The Minister of Culture and Media, currently Bernd Neumann, is the responsible official. In addition, DW can offer a limited amount of airtime for advertising.

The annual budget is approximately 270 million euros. Deutsche Welle has created a strategic plan covering several years which is updated and submitted annually. The Deutsche Welle Act from 2005 states that DW has to provide budgetary information through a “procedure of participation”.