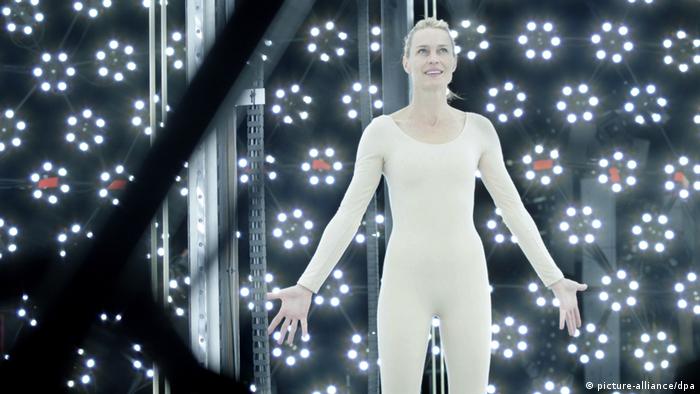 We've been manipulating the way we want to see the world — and how we want others to see us in it — for almost as long as humans have been able to paint or take photos.

"Look back through Hitler, Stalin, Mao or Castro, all of these people manipulated photos in an effort to change history," says Hany Farid, a professor of computer science at Dartmouth College in the United States. "States do it, bad actors do it, criminals do it and hoaxers do it."

And it's not only dictators and demons. Computer technology has been used to manipulate images, video and audio for legitimate purposes too — although some examples may be ethically ambiguous. The movie industry uses computer-generated imagery (CGI) to bring dead actors back to life, like Peter Cushing (Grand Moff Tarkin) in Star Wars "Rogue One," models are routinely photoshopped in advertising, and we've made an art of auto-tuning the vocals of professional singers who can't sing. 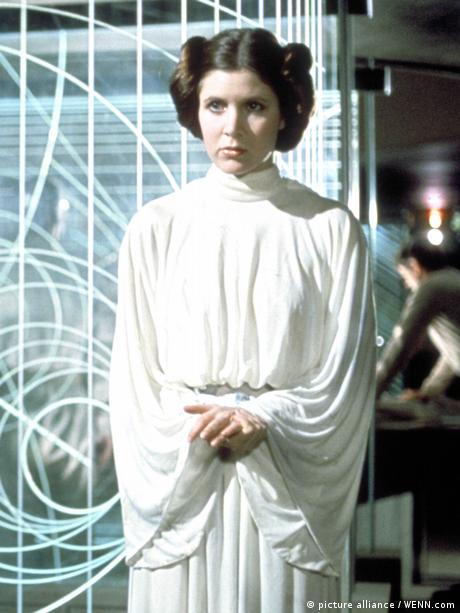 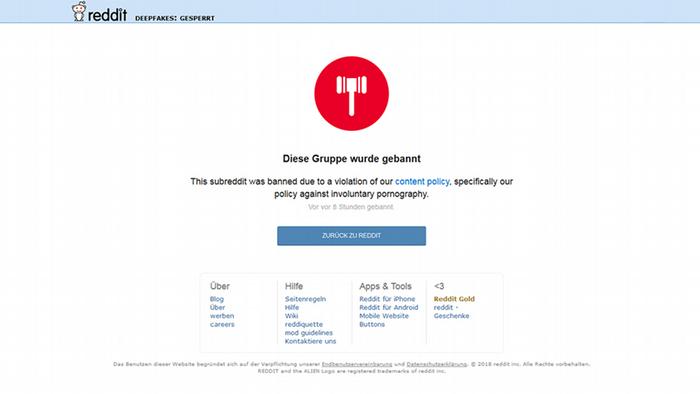 There's no doubt deepfakes are bad. But the technology is really good — good enough to trick our brains anyway.

From generics to fakes

"There's a generic model of a face that people have developed over time, and AI can be used in the form of deep learning networks to look at an image of a face and map it to a 3D model of that generic face," says Philipp Slusallek, a professor of computer graphics at Saarland University in south-western Germany and scientific director at the German Research Center for Artificial Intelligence.

Basically, the AI superimposes one face onto another, including gestures, and speech and eye motion.

"That is essentially what is being used to create these deepfakes," says Slusallek. "The original face is just being animated in different ways. That's why it looks so convincing, because in some sense it is the original face of that original actor or person."

And the technology keeps getting better and faster. It has made "tremendous progress," says Slusallek. "These people can move around, look to the side, and still the image is mapped onto the generic face model and back really well." 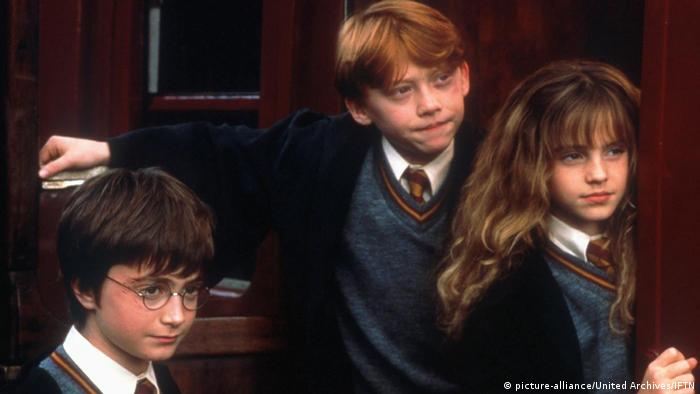 "We're living in a time when there's a widespread and systematic abuse [of technology] by some people. They can generate synthetic faces, and people cannot tell the difference between the fake, which is generated by a deep neural network algorithm, and a real face," says Alexander Todorov, professor of psychology at Princeton University.

When the software superimposes one person's dynamic facial expressions on to another it can be enough to let you believe what you see is true.

"Facial movements are critical here, because what we see in these dynamic images are cues that suggest agency and a mind behind it," says Todorov, who has researched the power of faces and first impressions. "When it's done well, it's easy to fool people."

You might think we should be better at telling the difference — and a theory called The Uncanny Valley suggests we are. It was proposed in 1970 by a Japanese roboticist called Masahiro Mori. The theory says that the more an object looks like a human the cuter it gets, but that there's this tipping point at which the image gets creepy and our brains reject it for being "wrong" somehow. That's when you fall into the valley.

Empirical evidence of the Uncanny Valley is sketchy. But there is anecdotal evidence — some based on examples of CGI in the mainstream entertainment industry — to suggest it is true.

"Beowulf was a CGI film that was panned for all of the characters looking really lifeless and dead. And video game creators have a hard time making compelling characters unless they are cartoonized," says Christine E. Looser, a behavioral scientist and assistant professor at Minerva Schools at KGI (Keck Graduate Institute) in the US.

But that doesn't mean CGI is always creepy. Context can play a significant role.

"The problem with these fakes is that it's not CGI. It's a minuscule amount of CGI in an otherwise compelling scene," says Looser. "So I would imagine you're paying a little bit of attention to the face, but it's just adding to the other things you might be looking at, and maybe that's why it doesn't feel viscerally creepy."

The dark side of democratization

It almost sounds as though we want to be fooled.

And all this has been made possible by a process known — ironically — as the democratization of technology. 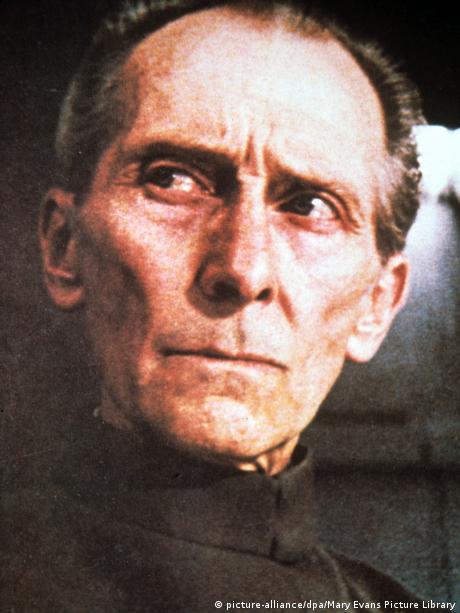 You no longer need to understand how artificial intelligence or machine learning works. All you need to do is download the software, feed it some video, and click a button, presumably labelled "be creepy." Hey presto. You've created a compelling piece of video that 20 odd years ago was the preserve of expert film editors.

"We have taken the process of creating sophisticated fakes out of the hands of a relatively small number of highly skilled people and put it in the hands of an average redditor," says Farid. "The amount of power in these machine learning algorithms is made more or less freely available, and believing what we see, hear and read online is going to get pretty complicated."

Farid says we've held onto video as a more trustworthy medium because of the sophistication that used to be required to manipulate it. But that's all changed. It's no longer a "big stretch of the imagination" to think we might start seeing fake videos of President Donald Trump talking about "launching nuclear weapons against North Korea."

The misuse of this technology worries Slusallek too — although he says the technology itself is "neutral" and that there's a lot of good that can be done with it. For instance, there's some talk of similar technology being used to create CGIs of dead relatives to help people in the grieving process.

Todorov says the idea sounds "pretty crazy." But then he says people do visit graves to talk to their dead relatives "so this [idea] could help under certain circumstances, sure."

Another idea is to use the technology to help people with Asperger's syndrome as they may benefit from communing with familiar faces.

"The thing that's changed though," says Slusallek, "is anyone can use this software now and because it happens in real-time, it is much easier to abuse."

Technologists currently believe the best way to track and verify fakes, at least those made with an AI, is to use another AI.

"And I'm a little uncomfortable with a blackbox where you shove data into it and out comes an answer "yes" / "no" — whether that's for detecting fakes, predicting whether someone is going to commit a crime in the future, determining whether your car should stop or not stop," he says. "From an engineering, scientific and even a philosophical perspective, it is good to understand how these things work."

So what else can we do? First, Farid says we need to think seriously about the ways we consume digital content — of all the articles shared on Facebook, says Farid, 80 percent are shared by people who have only read the headline. So we need to take more responsibility for our own actions online.

And second, the social media companies need to think hard about their own responsibilities too.

"Half of Americans think there should be some regulation on big tech. That is a dramatic shift from just a year ago," says Farid. "It's gone from Silicon Valley can do no wrong to 'Oh my God, there are some real problems here,' and these companies are basically like the tobacco industry."