How dangerous are bushfires and volcanic ash for the lungs? | Science | In-depth reporting on science and technology | DW | 14.01.2020 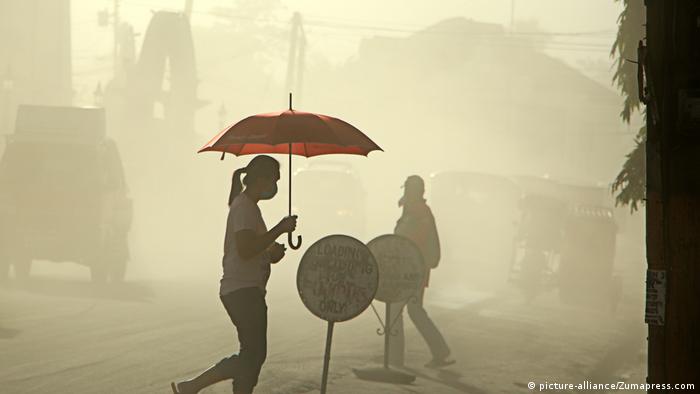 The air in the Phillipine town of Mayon is full of dust particles after the volcanic eruption.

Volcanic ash usually consists of solid crystalline rock and glass particles, only a few millimeters in size, which are formed when magma is broken up. In addition, eruptions  release vast quantities of carbon and sulphur dioxide, which together with the dust condense to form thick black clouds of smoke.

Ash dust can cause a dry cough and irrtitate the throat and sinuses. It is difficult to breathe, the eyes become watery and red, the nose itches, and the dust particles often make you sneeze.

The smaller, the more dangerous

The smaller the particles released, the more harmful the ash is to human health. Larger particles can cause a cough when inhaled, but they do not get further inside the body because they are first absorbed by the mucous membrane.

Smaller particles can get into the bronchi. From there they are transported back up through the small hairs ciliated epithelium and coughed up. However, tiny particles smaller than 4 micrometers could penetrate deep into the aveoli, i.e., the air cells in the lungs, and cause lasting damage to the lungs.

People with lung problems or asthmatics must be particularly careful. However, severe damage is not to be expected in healthy adults. If possible, however, you should stay outdoors as little as possible and wear a protective mask. 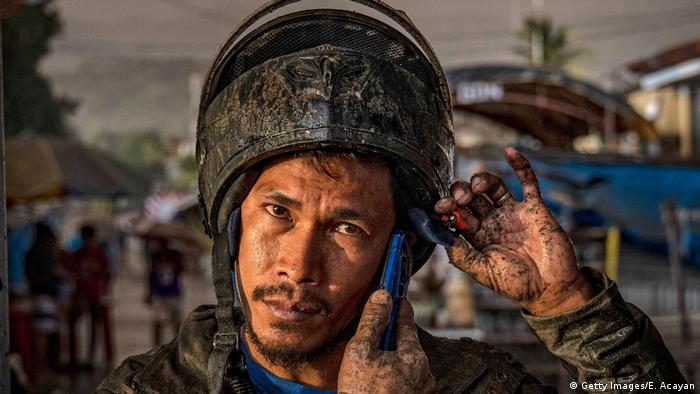 Smoke and heat in Australia are "immensely dangerous" the Berlin pulmonologist says.

According to Australian health authorities, the air polluted by the bush fires is potentially severely dangerous. The biting smoke irritates especially the upper and lower respiratory tract.

"The mucous membranes can be acutely irritated because the smoke contains high concentrations of particulate matter and toxic gases," according to pulmonary specialist Leif Sander from the Charité hospital in Berlin. The patients suffer from coughing and possibly shortness of breath, have a runny nose and watery eyes. Depending on how intense the fire and how close the people are, smoke poisoning could also occur.

The Berlin physician considers particulate matter less than 2.5 microns in size to be particularly hazardous; these fine particles could reach the alveoli and possibly enter the bloodstream, causing long-term damage. 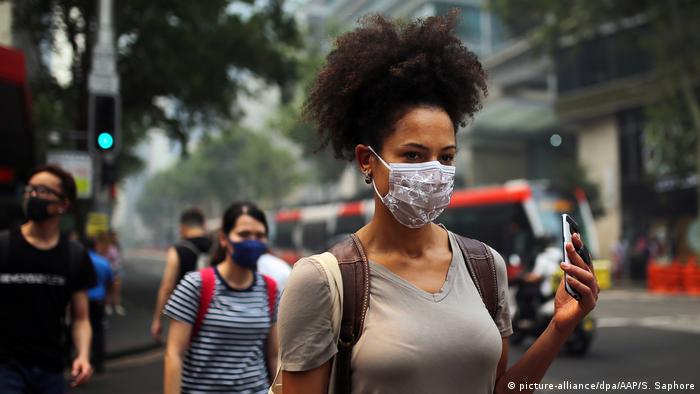 It is known from regions of the world where food is often cooked with open fire that people get similar illnesses to those who are exposed to very heavy traffic or who smoke cigarettes, Sander explained.

In healthy adults, doctors assume that the lungs can regenerate over time after acute exposure to smoke. "I would recommend that pregnant women and people with small children leave the area completely if possible," said Sander. Adults, especially those with chronic lung diseases, are best advised to wear special respiratory masks that protect against particulate matter.

Asthmatics might have asthma attacks with respiratory distress. Patients suffering from COPD or pulmonary fibrosis are also at risk in such situations, as are patients with chronic cardiovascular diseases.

In addition to the smoke, the extreme heat is also a problem for people in Australia. Smoke plus heat is "an immense health hazard," Sander added. "Extreme temperatures are an additional burden, especially for chronically ill patients."