How can the world move beyond fossil fuels? | Environment | All topics from climate change to conservation | DW | 18.11.2017

How can the world move beyond fossil fuels?

Oil and coal consumption around the world must be reduced if global warming is to be kept to 2 degrees maximum. It's cause for concern — and motivation for change. Is there an end in sight to fossil fuel energy? 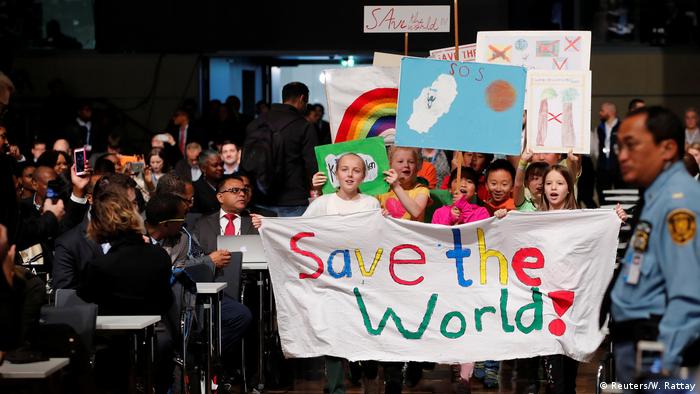 The burning of coal, oil and natural gas produces most of the greenhouse gases in the atmosphere. A study released during the UN climate conference in Bonn predicted that CO2 emissions will increase 2 percent more this year than in 2016.

"With human gas emissions at 41 billion tons in 2017, we are running out of time," LeQuere said during a presentation of her research at the this week. "It is already difficult to keep global warming well below 2 degrees centigrade, let alone 1.5 degrees."

On top of this, massive deforestation and agricultural production also contribute to greenhouse gas levels. "Global emissions must peak in the coming years, and then quickly drop in order to counter climate change," Le Quere said.

One major step toward reducing greenhouse gases can be taken by quickly replacing coal, oil and natural gas with renewable energies. According to a study on renewables presented at the climate conference in Bonn, current electricity production methods can be converted quickly and cost-effectively so that today's 11 gigatons of CO2 emission can be reduced to 0.5 gigatons  by 2035 — equivalent to a 95 percent reduction.

The price of wind and solar energy, along with the batteries that would store this energy, is going down quickly. "A change in energy policy is no longer a question of technological or economic viability, but instead a matter of political commitment," said Christian Breyer of Lappeenranta University of Technology in Finland, the author of the renewable energy study. 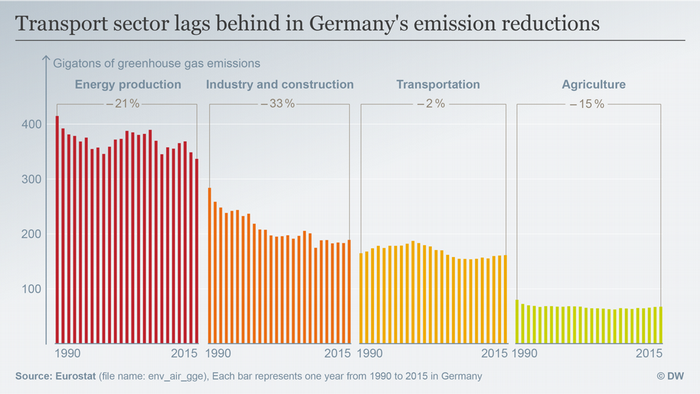 The transition from fossil fuels to renewable energies marks the greatest change in global energy use since 1880, British financial expert Kingsmill Bond said at the climate conference.

Around 1880, coal, oil and gas slowly started replacing wood and charcoal as sources of energy. But these days, coal consumption is dropping again.

"International coal consumption peaked in 2013," Bond said. "The demand for fossil fuels will peak in 2020, and in 2021 for cars with combustion engines," he predicted. 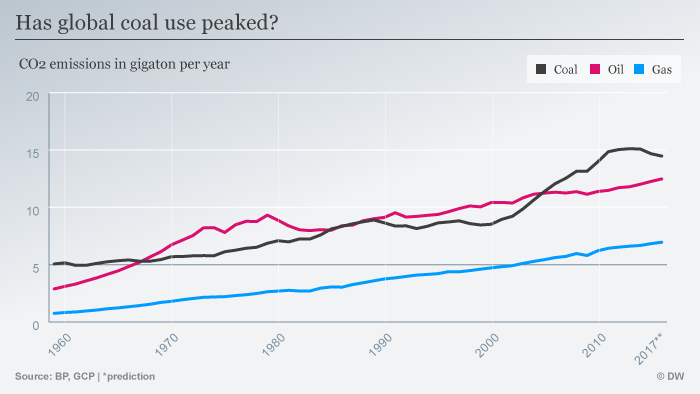 The US government, however, disagrees, instead deciding to promote long-term coal use at a climate conference side event.

A representative of the industry claimed that efficient technologies could make coal a sustainable and climate-friendly source of energy for decades to come. This was based largely on implementation of chimeric carbon capture and storage (CCS) technology.

Nonetheless, very few coal power plants today use CCS. In Europe, the operation of many pilot plants has been discontinued — due among other reasons to high costs.

Compared with large solar and wind power plants, CCS coal-powered electricity costs twice as much; making prospects for their future not exactly bright. 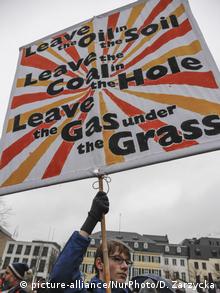 Motor vehicles also remain a challenge. The demand for oil in international transport is growing drastically, with no signs of weakening.

Currently, a quarter of fossil fuels are used for transportation, which accounts for about 6 to 7 gigatons of CO2 emissions per year. If this trend is not countered, these levels could reach 16 to 18 gigatons per year. This would torpedo the Paris climate treaty goal of limiting global warming to maximum 2 degrees.

But there is a ray of hope: Synthetic oil for aircrafts, cars and ships has already been developed through power-to-liquid, which produces hydrogen with the help of water and renewable electricity. In the second step of this process, CO2 is added to produce a synthetic type of methane, similar to natural gas. This makes for climate-neutral travel.

At the moment, synthetic fuels cost more than oil or natural gas. But "A breakthrough for this technology is only a matter of time," believes Michael Sterner of the Research Center on Energy Transmission and Energy Storage at the Regensburg University of Technology.

Global implementation of the Paris Agreement has already promoted replacement of oil and natural gas in many sectors. Renewable and climate-friendly fuels will be needed in the future  especially in the chemical industry, aviation and the transportation of heavy cargoes.

"We will see the same development here as in photovoltaic systems," Sterner said. "A few years ago, people said it was all nonsense. Today, it is a multigigawatt industry."

Opinion: What actually happened at the Bonn climate conference — and why it matters

Two weeks, 25,000 people, late-night compromise: This year's UN climate talks were more process than results. But important threads emerged — at official negotiations as well as on the sidelines. And, there's still hope! (18.11.2017)