How Bauhaus came to an Eifel abbey 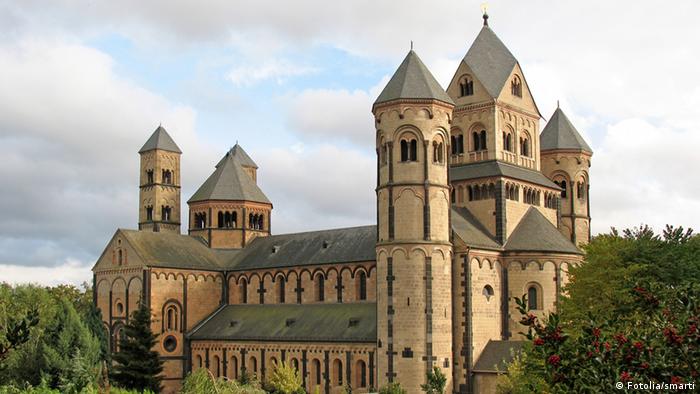 Fifteen Benedictine monks gather together as a choir for midday prayer in the Maria Laach Abbey, a jewel of Romanesque architecture. Their singing majestically resounds within the historic walls of this pilgrimage church, which is also a popular excursion destination.

But while the church, located on the largest lake of the volcanic Eifel region in western Germany, attracts pilgrims and many tourists, others are attracted due to their interest in modern design.

For the past 12 years, the monastery has been home to Stephan Oppermann, a 32-year-old who is not only pursuing a religious mission at Maria Laach, but is also attending to the legacy of Bauhaus.

Since Oppermann — or Brother Stephan as he is known at Maria Laach — arrived at the monastery, ceramics in the Bauhaus tradition have been produced in a small workshop under his supervision. These are based on models by Theodor Bogler, a prior in charge of the abbey from 1938 to 1948 who was also inspired by the Bauhaus. 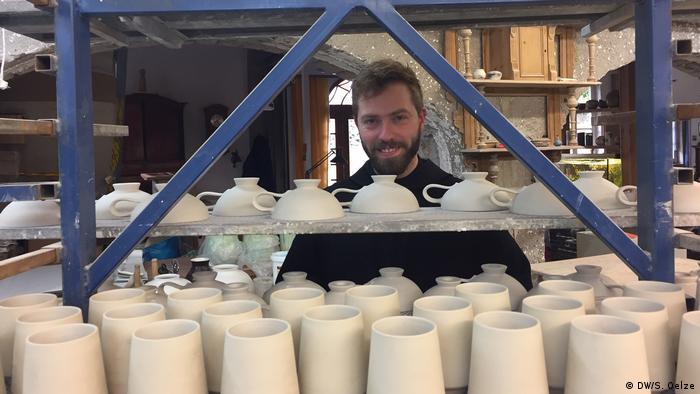 From the Bauhaus to God

Before Bogler went into the monastery, he had taken a detour to the Bauhaus school of design, architecture and applied arts in Weimar. After abandoning his studies in architecture, he trained as a potter the ceramics workshop in Dornburg, near Weimar. There he studied for four years with prominent teachers such as sculptor Gerhard Marcks and master potter Max Krehan.

Bogler designed cream-colored storage containers for flour, rice and sugar, as well as storage bottles for the "Haus am Horn" — the first Bauhaus model building in Weimar. Their color perfectly complemented the legendary "Frankfurt kitchen" invented at the time.

"Bogler is regarded as one of the most important ceramists with regard to the Weimar phase of Bauhaus, along with Margret Friedländer and Otto Lindich," Werner Möller of the Bauhausstiftung Dessau told DW. "Their aim was to extract ceramics from its earthenware past and move it in the direction of industrial production." 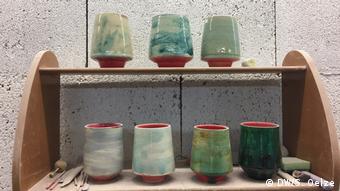 The Bogler cup is a top-seller

Today, Bogler's colorful cups, vases and teapots are once again handmade in the Maria Laach workshop and boast clean, minimalist form and optimum functionality. They are based on some of the 6,000 Bogler design drawings that are stored in the monastery archives.

Theodor Bogler's combination teapot corresponds perfectly to the idea of the modular system developed by Walter Gropius, the founding director of the Bauhaus. His idea was to only assemble prefabricated spatial bodies on site in order to save time and money. Standardized prefabricated parts are built together.

"This jug design is clearly a very constructivist approach, without needing any sort of liturgical sign or any other religious, political or philosophical symbols. It is neutral at its core," said Möller. He noted that the Bauhaus concept was based on both serving and reaching the general public. 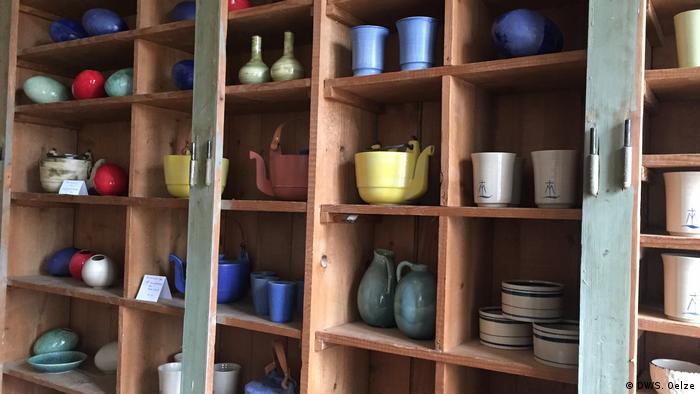 The combination teapot in yellow, as well as vases and cups designed by Theodor Bogler

From lieutenant to ceramist

Theodor Bogler was born in Hofgeismar in northern Hesse in 1897 and was into his 20s when he decided to start a new life and study at the Bauhaus.

Before that, he had been a highly decorated lieutenant during the First World War. When he resigned his service in 1918, he had to decide how he wanted to shape his life in the future and decided to learn a trade.

The foundation of the Bauhaus school in 1919, shortly after the First World War, embodied a period of change in Germany.

The Bauhaus trademarks of concentrated design and simplicity offered Bogler the opportunity to say farewell to his familiar patterns of life and to embark on a new career path. Like so many of his generation, Bogler no longer wanted to follow his parents' lifestyle. He was also marked by the traumas of the battlefields and the horrors of war — just like the Bauhaus founder himself, Walter Gropius.

"One came from the trenches of battle to an impoverished country, the shame of the Treaty of Versailles still in the back of one's mind, and there was the need for stability and orientation," explained Brother Stephan during the tour of the monastery grounds.

The name Bauhaus itself promised stability and orientation; it was inspired by the concept of "Bauhütte," which was a type of Medieval guild organization of stonemasons.

In the guiding principles of the Bauhaus, stress was placed on living and working together in a community and on projects, and not on a "genius cult." Craftsmen and artists were to collaborate and co-create works of art.

Bogler, who had experienced so much misery during the war, enjoyed the sense of community, the spirit of optimism and the positive energy at the Bauhaus. He loved the pottery workshop in which he worked, as well as being outdoors in nature. In 1925, he became commercial manager of the pottery workshop. 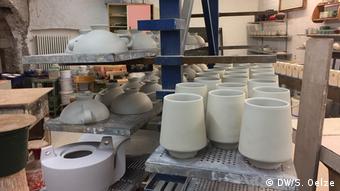 The Bogler cup is a handmade work

Man of the cloth

The turning point in his life was the sudden death of his wife, with this tragic stroke of fate leading the potter Bogler to join the Benedictine Order, seeking a life in community that was even more intense than at the Bauhaus.

He quickly became interested in the "liturgical movement," which was gaining more ground in the post-war years. After all, it was not only the Bauhaus, but also the Catholic Church, that aimed to try out new ways to get people more actively involved in the liturgy. During that period, Maria Laach was regarded as an important center of the liturgical movement. Bogler moved there from Weimar on January 4, 1927.

Yet Bogler did not quite leave his Bauhaus past behind. Not only did he set up the ceramic workshops at Maria Laach, he also persuaded Walter Gropius, Marcel Breuer and other Bauhaus colleagues to design a building wing for the monastery. 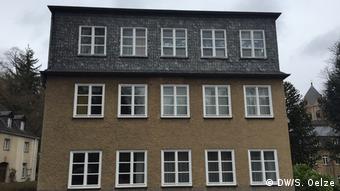 Those who stay as guests overnight at Maria Laach, stay in this Bauhaus design

Nowadays, anyone who visits Maria Laach as a guest for the night will stay in a Bauhaus Gesamtkunstwerk. From the door handle to the stair railing to the ceiling light, it's all Bauhaus, designed in 1931 by Weber, Breuer and Gropius. "The original windows can still be viewed there. Even the curtains have a fixed design, with them reflecting the design of the windows," explained Oppermann.

2019 was the year of the 100th anniversary of Bauhaus. It was celebrated in many different events, yet the link between religion and Bauhaus hardly played a role.

In response, Oppermann has curated an exhibition focusing on Theodor Bogler that celebrates the forgotten ceramist monk and his colleague Otto Lindig with some 500 objects. These were central to a life dedicated to change and renewal.

The exhibition on Theodor Bogler runs through February 20, 2020.

Of the many women who enrolled at the Bauhaus school in Weimar in 1919, few went on to become famous, unlike the men. Different works and exhibitions now pay tribute to their innovative artistic contributions. (12.04.2019)

From exhibitions to sightseeing tours to dance: the famous school of architecture and design is being saluted in hundreds of events this year. (04.01.2019)

A peek in the new Bauhaus Museum in Dessau

After Weimar, Dessau now has its Bauhaus Museum. Its opening exhibition explores how the former design school served as a lab to experiment in different arts. (10.09.2019)