The Lake Laach volcano in Germany is ′recharging′ with fresh magma | Science | In-depth reporting on science and technology | DW | 06.02.2019

Above, a pristine blue lake filled with boaters and swimmers. Below, magma bubbles and swells. What sounds like a Hollywood plot is in fact based on new research by geophysicists in Germany. 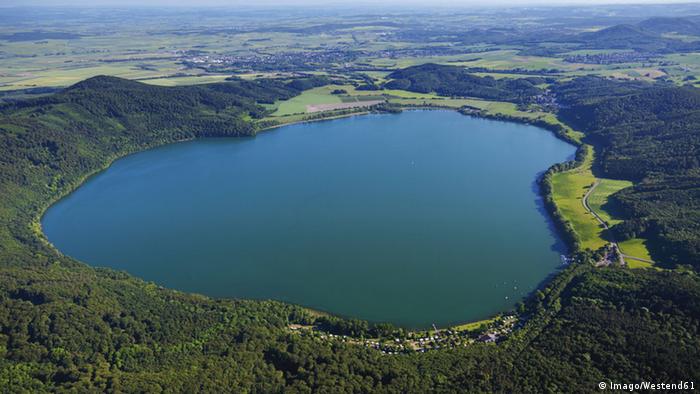 DW: Lake Laach, which is very close to where I'm sitting right now [40 kilometers, or 25 miles from Bonn, Germany] — there are deep earthquakes showing that magma is rising beneath this lake. That sounds… scary. What's happening?

Dr. Torsten Dahm: We concluded in our work that it is possible that magma is rising. But actually, we cannot say for sure that a large amount is rising.

So I'm going to jump to the big question that I think most people in the Rhineland area of western Germany will wonder when they read this kind of headline, which is — is an eruption imminent? 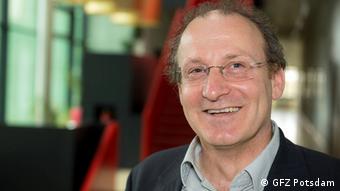 No, we don't think that can be concluded. And we don't actually expect an immediate eruption very soon, or in the near future.

But it shows us that there is activity going on, and also magmatic activity. And it's the first time that we have direct evidence, meaning direct in the sense of observing seismic signals. So we know it's really occurring now.

This volcano is so destructive. 13,000 years ago it erupted with such violence that its ash STOPPED THE RHINE. I still can't get over that. It makes me wonder, how are we monitoring Lake Laach right now, and what should we improve? 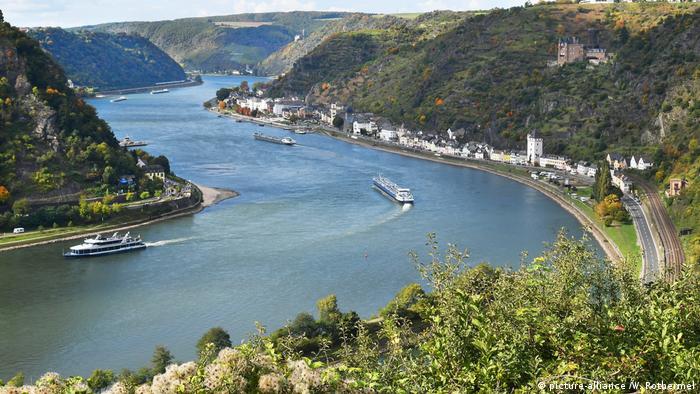 The ash dam created a temporary Rhine 'reservoir' behind it, which ultimately broke as a destructive tsunami

The observations we have now — we've only been able to resolve these kinds of signals because we improved a seismic network. But it's actually not optimal. There are other important signals that should be measured continuously and in real time — for instance, the gas flows, or the chemical analysis of gases, in the places where we know that gas from the deep mantle source is coming to the surface. And also, the little uplift, or deformation, or movement of the surface could be measured today with geodetic data, so with continued GPS [monitoring], for instance. That is not in place at the moment.

This is a lake that has sailboat and rowboat rentals, and you have a lot of Germans heading to this lake in the summertime for a swim. Are you saying that the gases bubbling out of Lake Laach aren't being actively monitored? Is that typical, to not do that?

There have been occasional investigations of the gases. So they are monitored. But not in a continuous manner. So we have no real-time monitoring of these gases.

For a report last year I went swimming in a part of Lake Laach where CO2 gases were bubbling up, it was like champagne. So now I'm kind of thinking that maybe wasn't the best idea.

So yeah, there is a danger in this region. And everywhere where you have CO2. As you know, [CO2] can be dangerous. I always thought it was forbidden to swim in some areas of Lake Laach, or at least it was not recommended to swim there.

Spectrum: We are all living on a volcano

I can tell you that the path I took was well traveled. There was an empty wine bottle, or beer bottle, there. So yeah, it'd be good to monitor those gases!

I mean with volcanoes, as with anywhere in the world, something could change. The flux of gas, or the amount of gas coming out, might change. And it would be important to know this.

What's the next step for your research at Lake Laach?

We think there are several really open questions which need to be answered and investigated better. And one key question is really whether there are already magmatic reservoirs of larger volumes existing in the shallow crust, or maybe even in the intermediate depths or deeper crust. So this would be very important to know and to understand in order to better understand the real volcanic hazard.

Scientists say the Anak Krakatau volcanic island in Indonesia has lost three-quarters of its volume since it erupted a week ago, causing a deadly tsunami. And it is also considerably shorter. (29.12.2018)

Volcanic activity on Mount Etna has continued after a 4.8-magnitude earthquake struck the nearby region, injuring several people. The mountain has been shooting ash, smoke and lava stones into the air over recent days. (26.12.2018)

Geoscientists used to think volcanic hots pots were stationary. It helped us understand how tectonic plates - and continents - moved and where earthquakes lay. Now, evidence says they aren't stationary. Time to reassess? (27.02.2018)