Volcanic activity on Mount Etna has continued after a 4.8-magnitude earthquake struck the nearby region, injuring several people. The mountain has been shooting ash, smoke and lava stones into the air over recent days.

Residents of the Italian island of Sicily are keeping a close eye on their backyard volcano, Mount Etna, amid an ongoing eruption that triggered an earthquake on Wednesday in which 10 people were injured and several buildings damaged.

The quake, which struck in the early hours of the morning, had a magnitude of 4.8 on the open-ended Richter scale, according to Italy's seismology insitute (INGV). It came after a series of some 1,000 tremors in the past few days, at least 60 of which topped a reading of 2.5.

Although the earthquake hit to the north of Catania, the largest city in eastern Sicily, no damage or injuries were reported there, but other towns experienced cracks opening in buildings, while a number of villagers fled their homes in panic. Two people were rescued from a collapsed building. 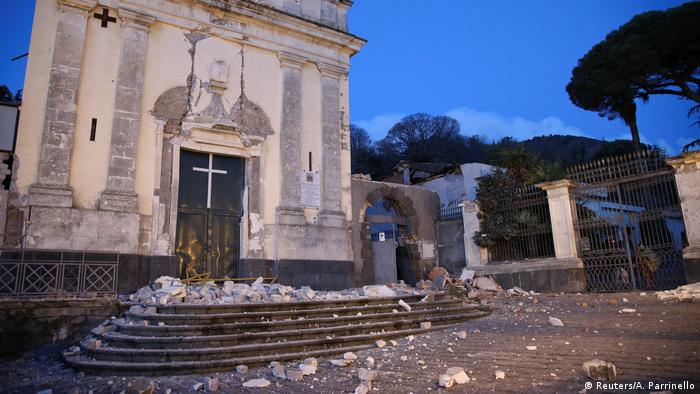 The belltower of the church Santa Maria Santissima de Carmelo in Acireale was toppled along with its statue of Saint Emygdius, who is traditionally believed to protect against earthquakes.

A coastal highway was also forced to close. The airport in Catania, however, has continued operations. 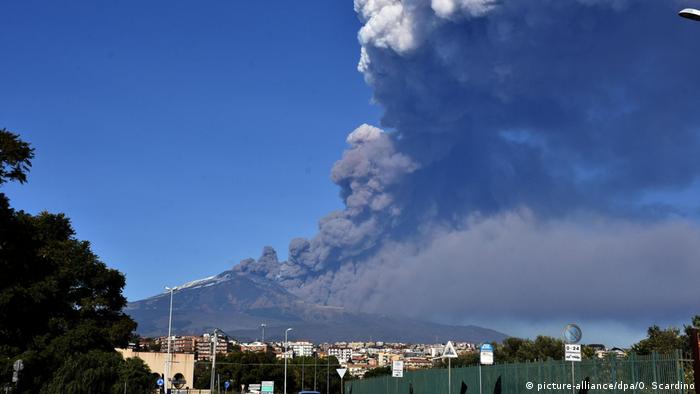 Homes and cars have been coated with ash

The eruption began on the side of Mount Etna, Europe's most active volcano, on Monday, with lava flowing from a fracture down an uninhabited slope under the mountain's southeast crater and ash, smoke and lava stones being spewed into the air.

"Etna remains a dangerous volcano, and this country of ours is unfortunately fragile," said government undersecretary Vito Crimi, as he announced the toll of injuries.

However, the chief of Italy's Civil Protection, Angelo Borrelli, has said there was reason to expect the volcanic activity on Etna to calm down soon.

"The technical experts tell us we're heading toward a cooling of the lava, and we ought to expect a quiescence of the phenomenon (of earthquakes)" he told Sky TN24 TV.

US state capitals brace for pro-Trump demonstrations 20m ago

Alexei Navalny detained after landing in Moscow 2h ago