The active volcano on the Italian island of Sicily came alive overnight, spraying columns of ash and lava as high as 150 meters into the sky. But authorities haven't ordered any nearby villages to evacuate. 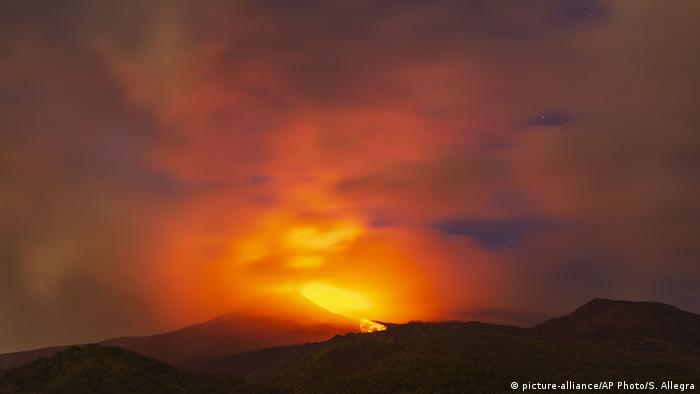 Several months after its last eruption, Mount Etna in eastern Sicily has started spewing chunks of flaming lava from its crater.

Photographs of the spectacle on Saturday showed streams of red magma spilling down the volcano's slopes and plumes of ash extending skywards. 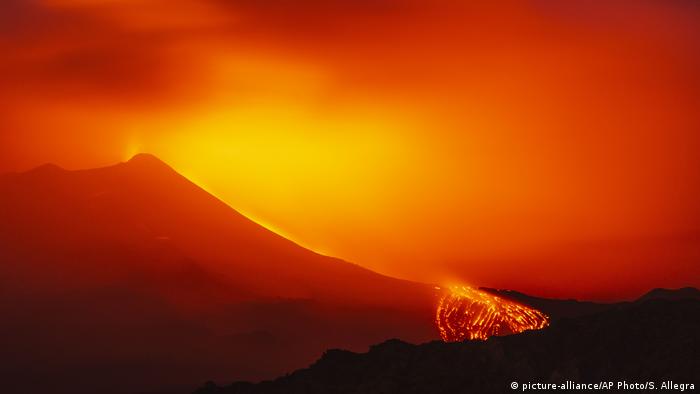 An increase in volcanic activity was detected at the peak in July, but according to Italy's National Institute of Geophysics and Volcanology (INGV), the eruption began in earnest on Thursday.

Since then, the INGV said, Etna has been shooting lava continuously as high as 150 meters (500 feet). 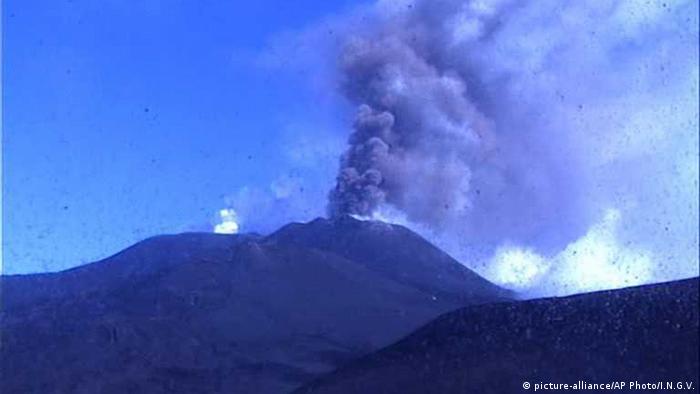 Ash plumes could also be seen spreading several hundred meters above the crater.

No evacuation orders have been issued for towns on the volcano's slopes, and flights into the nearby airport at Catania are continuing uninterrupted.

Read more: What it's like living near Hawaii's Kilauea volcano 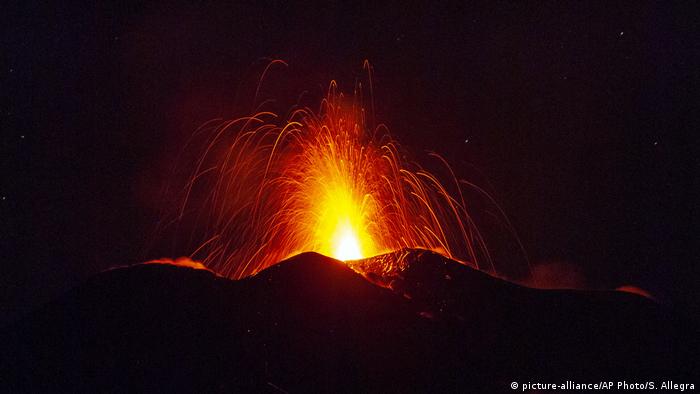 Etna, one of the most active volcanoes in the world, formed some 500,000 years ago off the ancient coastline of Sicily. It usually experiences small eruptions every few months.

It is popular with hikers, and its slopes are also home to local farms hoping to reap the benefits of the fertile volcanic soil. In 2013, Etna was added to the list of UNESCO World Heritage Sites.

As if a volcanic eruption wasn't dramatic enough, one of nature's most powerful phenomena can also trigger lightning — to truly breathtaking effect. How does this happen? (13.07.2018)

In Etna's Shadow: The Island of Sicily