From exhibitions to sightseeing tours to dance: the famous school of architecture and design is being saluted in hundreds of events this year.

Johannes Itten, the iconic bald-headed Swiss painter and designer at the center of the school of Bauhaus in the German city of Weimar, would have made a spectacular Playmobil figurine for children. The organizers of the Bauhaus centennial, however, decided not to make such a toy, not wanting to compete with the company's highly successful Martin Luther figurine that was created in 2017 for the 500th anniversary of the Reformation.

Instead, a €20 ($22.80) coin will be available, along with a special postage stamp marking the anniversary being celebrated nationwide at 354 locations throughout the year. More than 600 major events are scheduled in almost all of Germany's 16 states. The National Culture Foundation pitched in with €17.2 million ($19.6 million). 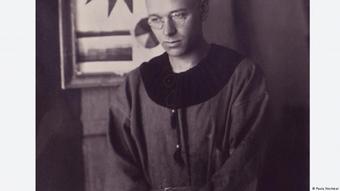 Under the motto "Rethink the World," the Bauhaus Association 2019 group in Germany and abroad investigates the legacy of the famous architecture and design school and where its ideas still function today. The centennial invites Bauhaus lovers to travel across Germany and visit the origins of modernism in locations that are not as well known as Berlin, Dessau and Weimar, the major Bauhaus hot spots.

For samples of some of the major events, click on the gallery above.

As the Bauhaus celebrates its centennial, DW visits its place of origin. And learns that the world-famous school of architecture has more to offer than white facades and right-angled corners. (28.12.2018)

Bauhaus throughout the year

The motto for the Bauhaus centennial is "Rethink the world." The famous school of architecture and design was founded in the German city of Weimar, but is being celebrated in many cities nationwide, all year long. (04.01.2019)