As the Bauhaus celebrates its centennial, DW visits its place of origin. And learns that the world-famous school of architecture has more to offer than white facades and right-angled corners.

For one night, I get to sleep at the Bauhaus. Not the huge DIY hardware store of the same name, which can be found in every larger industrial estate in Germany. But at Bauhaus. THE Bauhaus. Even the address "Gropiusallee 38" inspires awe in its historical significance. The street is named after Walter Gropius, the head thinker of the famous school founded in Weimar in 1919 and, which, for political reasons, moved to Dessau in 1925. I was invited by the Bauhaus Foundation and the state of Saxony-Anhalt for a visit shortly before the 100th anniversary celebrations. 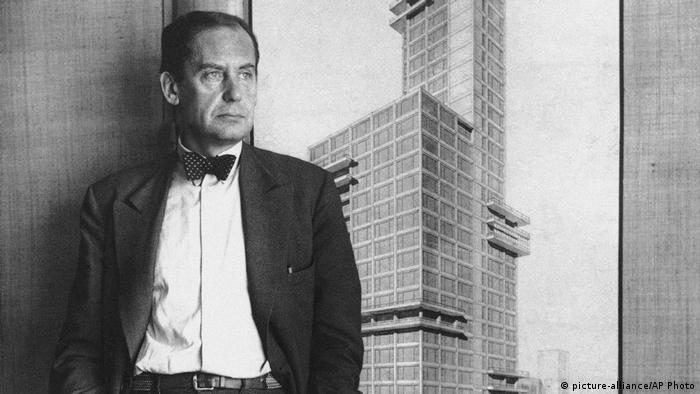 Gropius had a vision

Walter Gropius, or the "White God" as the Americans called him after his emigration in the 1930s, probably went up and down this staircase a hundred times. It is an uplifting feeling to walk in his footsteps as I go to look at his office in the "Bridge." The bridge connects two important parts of the Bauhaus building: The workshop building and the former vocational school. Behind it lies the studio house, a bit further away, the Master Houses.

Read more: The legacy of Bauhaus 100 years on

A place to lay your head — with history

Opened in 1926, the studio house where I am sleeping for the night and which is now rented to guests from all over the world, heralded a new era at the time of its opening. It was here that the idea of the campus as a place to unite life and work under one roof was born. A sensation. Countless students and young masters were photographed on the balconies, which are just large enough to put a chair on. 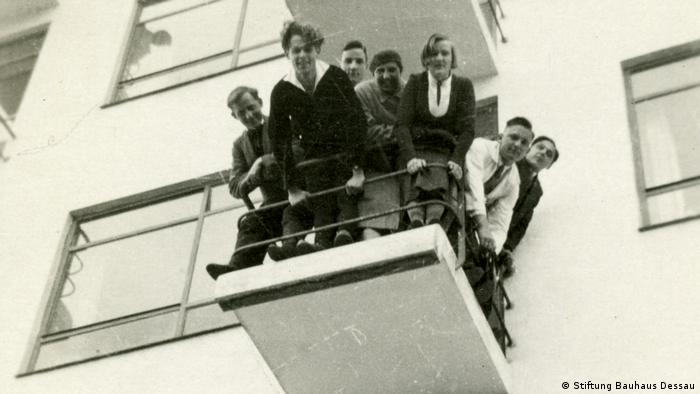 For me, these photos always embodied the promise of modernity: Young, good-looking men and women celebrating in an exuberant mood. The Modern Era must have been a time of joy, full of lightness of being and "new people" who had thrown off the ballast of the bourgeois tower. These photographs from the Prellerhaus convey the dawn of a new age in the most excellent way. Even today, the house, whose nickname goes back to the landscape painter Friedrich Preller the Elder from the 19th century, recalls hospitality. During his day, the artist Preller had allowed art students to live with him in Weimar.

My room is on the fourth floor. Climbing the recently renovated staircase, you get the feeling you can still feel the energy of the pioneers of yesteryear. On each floor, there is a large lattice window, a view open to the surroundings that aims to let light in. When I visit, however, the staircase is gloomy as the windows are covered by tarps rattling in the wind. The renovation work being undertaken on the façade to mark the 100th anniversary has not yet been completed. It smells of damp paint, even in my bedroom, which is reminiscent of a modern loft: Simple, bright, sparsely furnished. 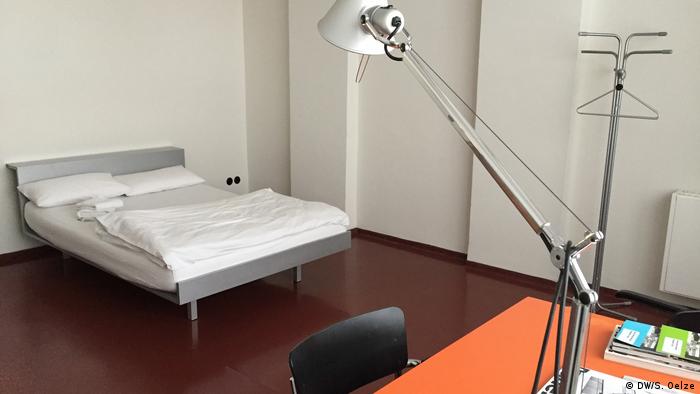 Bare comforts in the Bauhaus dormitory

Not that anyone would expect plush sofas in the Bauhaus. Instead: Linoleum floor, tubular steel desk, cantilever chair, ball lamp, shelf, double bed. And a washbasin —something which already existed in 1926. By the standards of the time, the 28 rooms — 16 of which had their own balcony, were decadent. A central corridor connected the workrooms and bedrooms; each floor had its own kitchenette, a shared toilet and a shower. There was even a room in the basement for stretching. In the days of the GDR, the Bauhaus housed a scientific and cultural center and four rooms, one on each floor, were converted in order to install a shower. Since then, guests have been staying in the student dorms once occupied by the Bauhausers, rooms which are again being renovated, this time to celebrate their anniversary.

Women in the basement

Although today many associate modernism with the color white, other colors were used throughout the building. The students' floor at the ground level, which housed many of those who worked in the weaving mill, was blue. The floors above were red or yellow. 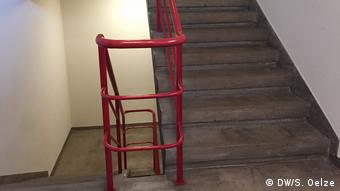 While the students must have felt at home in rooms that were 20 square meters large, the monthly rent of 20 Reichmarks, including cleaning and gas, must have made them more home-like. The residents likely didn't complain about the cold or heat, either, even as the cold drafted through the simple window glazing in winter or the sun shone into the rooms in summer.

From the Prellerhaus there is direct access to the canteen and from there to the workshop building — an icon of new construction, with flat roof, glass façade and the famous lettering on the front. Today, in addition to the administrative rooms of the Bauhaus Foundation, it houses a museum, a Bauhaus shop, the Bauhaus Club — a cafeteria/night café — a research library and a small stage. In the north wing of the building, Anhalt University of Applied Sciences uses six rooms for design and architecture seminars. 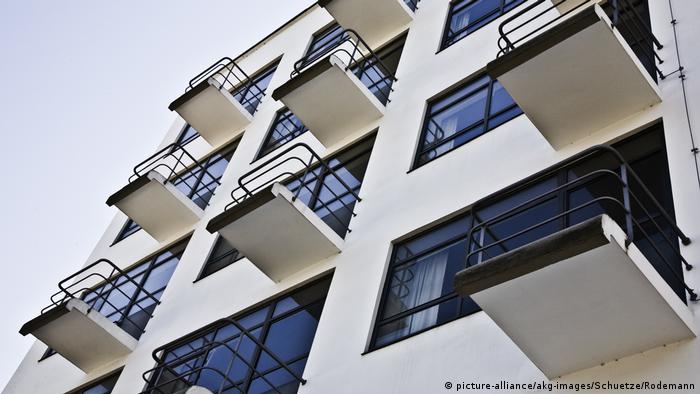 An architectural masterpiece from every angle

The Bauhaus is not a product of chance, but is built on effect. Depending on the time of day, the sun's rays cause the letters of the BAUHAUS lettering to duplicate, depending on the shade on the façade. Outside and inside, every detail is precisely planned. Even the view from the air was taken into account, as Dessau is famous for its history of aircraft construction. When strolling past the curtained facades, horizontal window bands, lettering and bridge, it is like walking around a sculpture. Each side looks different.

A night at the Bauhaus is not a wellness holiday, but you can still sleep well there. You should like it a bit simple. And bring along the desire to feel the spirit, the spirit of modernity, full of lightness and optimism about the future.

The three-part documentary bauhausWORLD marks the 100th anniversary of the opening of Germany’s best-known art, architecture and design school, the Bauhaus. (29.11.2018)

No less than 41 sites - architectural and natural marvels - in Germany have been placed on UNESCO’s World Heritage list. Each is unique and authentic as well as popular with tourists. (02.06.2017)

Bauhaus in Dessau: What remains 100 years on

Once a city on the cusp of something great, Dessau in Saxony-Anhalt appears to be shrunken in size in 2018. We follow the Bauhaus trailt to the city which once held such potential to see what it feels like a century on. (28.12.2018)