How a journalist is navigating the dangers of reporting in Egypt | Middle East | News and analysis of events in the Arab world | DW | 25.06.2015

How a journalist is navigating the dangers of reporting in Egypt

As press freedom wanes in Egypt, how do journalists operate? DW spoke to Emir Nader, a political journalist at an English-language newspaper in Cairo, about the nuances of reporting amid arrests, gag orders and violence. 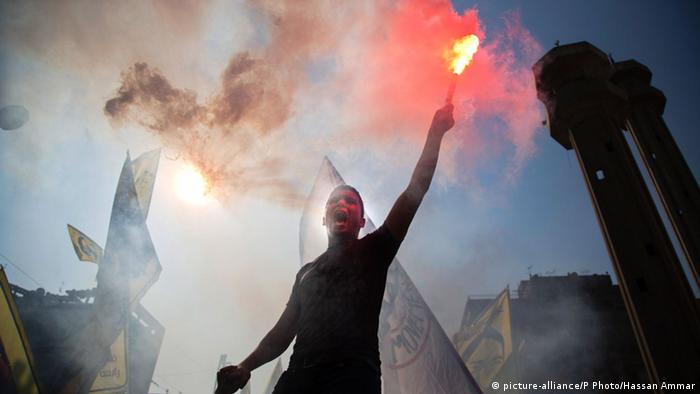 Emir Nader: First of all, many people on the ground put the number higher than 18. That is something that Khaled al-Balshy - head of the freedoms committee for Egypt's press syndicate - told Reuters news agency today. He put the figure at more than 30.

There are also journalists that aren't being picked up by international organizations. For example, between 14 to 18 journalists were charged for allegedly spreading false information about the state during the forced dispersal of the pro-Muslim Brotherhood sit-in at Rabaa Square in 2013. So they're all Islamists.

Walid Abdel Raouf Shalaby, who wrote for the Muslim Brotherhood's Freedom and Justice Party newspaper, was handed a death sentence in April. Many of the others, some mentioned by the CPJ report, were given life sentences. A lot of the time, if you're found to have some link to Islamist politics, even if you're a journalist, you're treated as a terrorist.

DW: Reporters without Borders has consistently ranked Egypt as one of the worst countries for press freedom, especially following the 2011 uprising. What is it like operating in a country where press freedom is nearly non-existent? 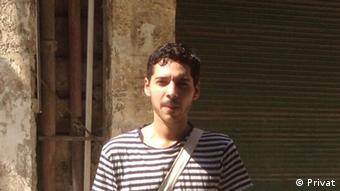 I used to worry, but I feel a bit more insulated now since I write for an English-language newspaper, though we're all Egyptians in the office. I feel like we're a bit off the radar because our demographic isn't as big in Egypt and so we have a bit more independence. That said, we have received a few comments from the Ministry of Interior.

There are certain topics that you can and can't do. You can't just go to North Sinai, where the military is fighting an insurgency among the local population, and start asking questions. You would be picked up straight away. Even when taking photographs of public buildings in the streets, someone is going to come over and ask you questions about what you are doing. Equally so, you can't just write about the army in Arabic and not expect someone to question you over it.

I recently published a story on financial corruption, including an interview with people exposing use of billions of unaccounted finances in the budget by officials. I published it then thought, "This is pretty provocative." Then you worry. Then I'm asking my colleagues, "Was this a stupid thing to do?" Everything is gray. It's not black and white regarding what you can and can't write about.

Another example of what it's like operating here is my former flatmate, a foreign journalist working here in Egypt. A bomb went off outside Cairo University and he went down to report on it. He took a few photos, but stood out. He was picked up, interrogated, threatened, and beaten. He eventually left the country because he felt so unsafe after what happened. Regardless of whether you're an Egyptian or a foreign journalist, the threats are real, even though day-to-day you can keep your head down. 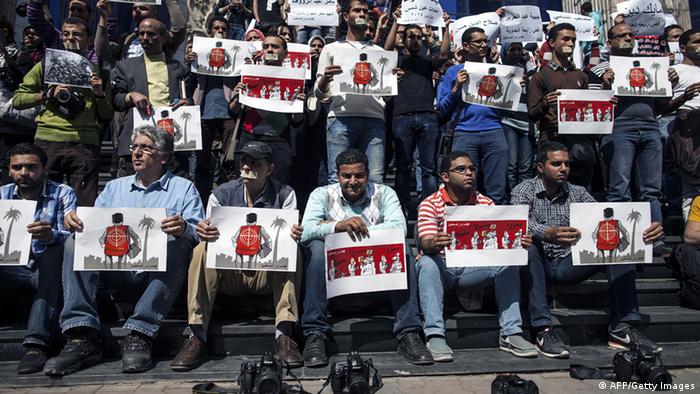 In April 2014, Egyptian journalists protested against repeated attacks against members of the press in front of the Press Syndicate, a union that's supposed to protect journalists but doesn't, says Nader

Media censorship has been a growing subject of concern in Egypt following the 2011 uprising. Is censorship an issue? How does it work for news outlets in Egypt?

It's not always a case of censorship but, instead, self-censorship. It's not like the government goes in and rips up a newspaper's entire print, though that has happened. It's more that they, the newspapers, try not to publish it. So when a newspaper does publish a big report on police abusing innocent people, overcrowded prisons, or massive human rights violations, that's a big deal.

For instance, in April, Al-Masry Al-Youm (AYAM), the biggest newspaper in Egypt, did a seven page report on police violations, which shocked many since typically Arabic-language Egyptian media is tame and shares affinities with the regime.

After that particular report was published, the editor-in-chief of AYAM and four of its journalists were pulled in by national security, which normally deals with cases of terrorism. These were journalists being investigated before the highest counter-terrorism body in the country. However, following a statement from the Ministry of Interior, they were eventually acquitted.

Another interesting thing about Egyptian media, when it does publish something critical about the regime, especially because of their close relationship with the regime, is that you don't really know what is really happening behind the scenes. Some have raised questions of a power-play between the Ministry of Defense and the Ministry of Interior, which both have their own men inside many newspapers. Especially when a story is published that is critical of one branch of the government. The issue is that there's no transparency. 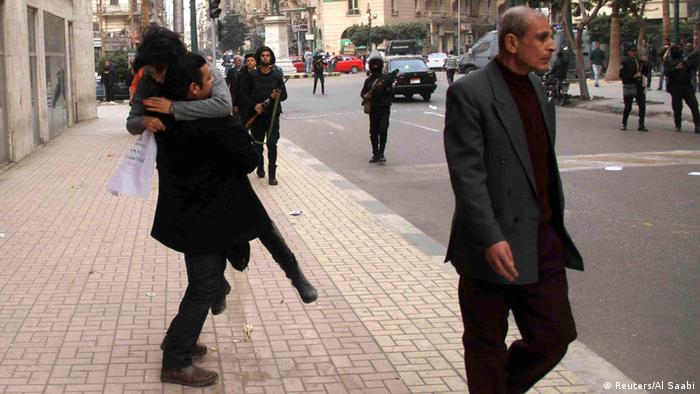 Do journalists face other challenges in Egypt?

There are general difficulties. For example, earlier this year, I reported on a protest in downtown Cairo. Now that protests are illegal, when one does occur, it is shutdown immediately, which can turn violent very quickly. At the protest, there were these guys firing fireworks and chucking rocks and Molotov cocktails. Then security forces came using life ammunition to disperse the protest. That is something I have never been trained for. I didn't realize they were using live ammunition until afterwards when I saw the rifle shells strewn across the street. Cairo is generally safe but when something like that erupts, it's dangerous.

I also think there's a culture of silencing information that threatens state institutions. You can see this in the way the media self-censors itself or is censored or how journalists are generally treated. But this occurs through other mediums, such as the judiciary. For instance, the judiciary places gag orders on cases which are sensitive to the government so that journalists can't report on them. This is illustrated in the case of Shaima al-Sabbagh, who was killed by police in January. The court case dealing with the police officer charged with her murder was silenced under a gag order. It's not always the security forces threatening you or breaking into your office. There are other ways the government can block or shutdown the work of journalists.