How a coronavirus variant is overrunning Brazil

The coronavirus pandemic has worsened considerably in Brazil. One reason is the Manaus variant of the coronavirus but there are others. Experts say a hard lockdown is needed to prevent disaster. 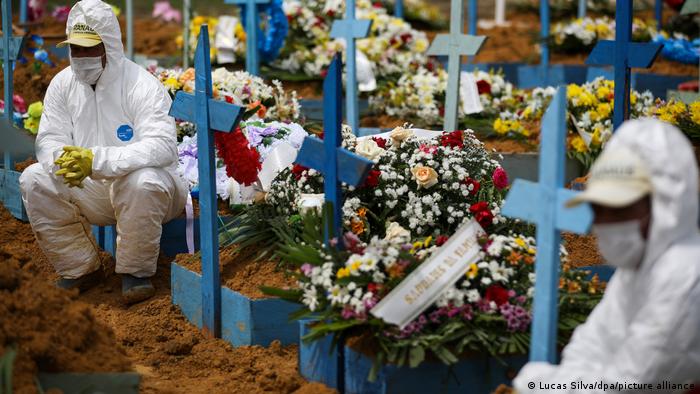 The numbers are alarming. On Tuesday, a new daily record was broken when 1,726 people died of COVID-19 in Brazil. The average death rate over the past week was 1,274. That's almost 25% higher than two weeks ago.

"We are currently experiencing the worst moment of the pandemic, with daily death tolls breaking new records and overburdened intensive care units all over the country," microbiologist Natalia Pasternak told DW.

Over 257,000 Brazilians have died of COVID-19 already. But the spread of the virus has picked up dramatically. On Tuesday, almost 60,000 new cases were registered. 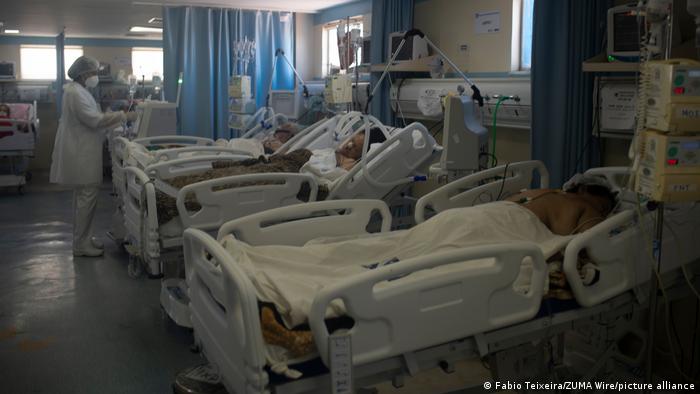 Experts assume that the situation has been exacerbated by the P.1 variant first detected in Manaus, the state capital of Amazonas. On Monday, researchers from Oxford University and the Institute of Tropical Medicine in Sao Paulo, along with other institutes, published preliminary results that found this variant is between 1.4 and 2.2 times more transmissible than the original virus. Furthermore, it is thought that even patients who have recovered from COVID-19 can get it again and transmit it.

Pasternak told DW that the reason why this variant was even able to emerge lay with the lack of measures to combat the coronavirus in Brazil and the lax attitude to protective measures. "Like all variants, the Manaus variant emerged because the virus was able to circulate uncontrolled," she said. "So, it cannot be said that the variant itself caused the rising numbers. Precautionary measures were lifted, and people did not isolate, which has led to variants that are more contagious and thus more likely to fuel the spread of the disease.

Health system at risk of collapse

On Monday, the health officials of Brazil's states called for drastic measures to prevent a total collapse of the health system. They proposed a ban on events, the closure of schools, bars and beaches, as well as restrictions in public transport and national and international travel. They also suggested a nationwide curfew be imposed from 8 p.m. to 6 a.m. on weekdays and all day at the weekends. 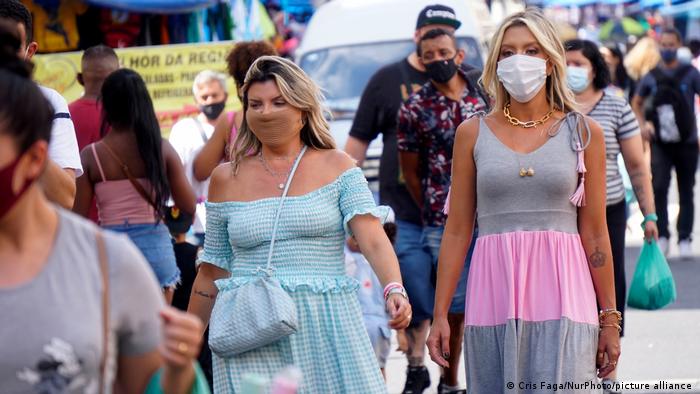 Vice-President Hamilton Mourao responded negatively on Tuesday. He claimed that the fact that the regions were so different would prevent nationwide measures from functioning: "How should they be implemented? By force? We are not a dictatorship. If we were a dictatorship, it would be easy," he said.

"If we don't do anything, both the public and the private health systems are going to collapse," warned Pasternak. "And since we don't have enough doses of the vaccine we need a real lockdown. There is no more time for half-hearted measures."

Brazil's vaccination rollout began at the end of January. So far, 7.1 million people have been vaccinated, about 3.3% of the population. However, the process has faltered in many regions because of a lack of vaccine supplies. The overall procurement of vaccines suffered from a power struggle between President Jair Messias Bolsonaro and the Sao Paulo Governor Joao Doria in the second half of 2020. While Bolsonaro focused only on AstraZeneca's vaccine, Doria set up a partnership with the Chinese pharmaceutical Sinovac. 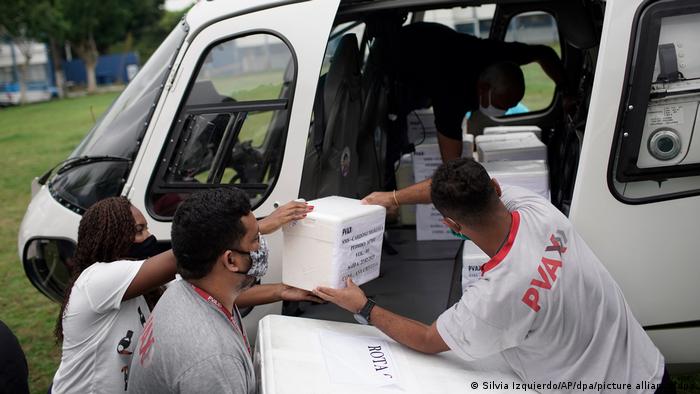 Dimas Tadeu Covas, the director of the Butantan Institute in Sao Paolo, which develops its own vaccines, told DW that the central government had hindered the development. The institute is now working in partnership with Sinovac to distribute its CoronaVac vaccine. "If there hadn't been this problem in the relationship with the central government, the vaccine would have been available from December," he said.

Considering the government's failure to procure enough vaccines fast enough, cities have started looking for alternatives. The National Front of Mayors (FNP), which unites cities with over 80,000 inhabitants, wants cities to be able to conclude their own contracts with vaccine suppliers. FNP president Jonas Donizette called on mayors to "pull out all the stops to prevent a dramatic situation where someone has to decide who will die and who will survive."