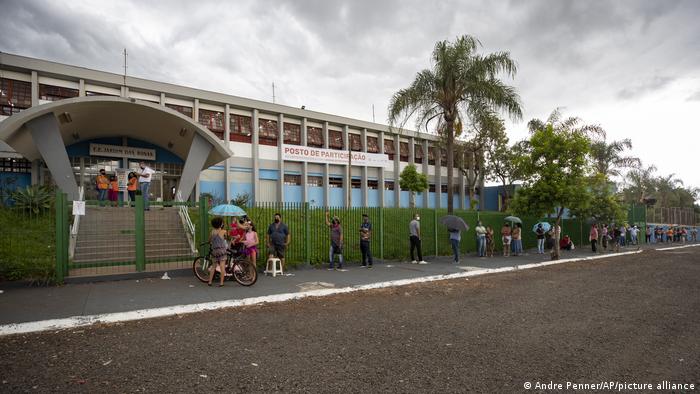 Which cities will come to mind when we think about the coronavirus pandemic in a few years' time? Wuhan certainly, the Chinese city where everything likely began. Maybe Bergamo, New York, Guayaquil and Manaus — four cities hard hit by the outbreak. But what places will be remembered for containing COVID-19?

That honor could go to Serrana, a small Brazilian town about 300 kilometers (185 miles) north of Sao Paulo. Despite being home to one of the country's largest sugar cane mills, Serrana is not a household name even in Brazil. But that could soon change.

City officials started vaccinating the population of Serrena with Coronavac, a Chinese-made vaccine, last week. The step could mean a major leap forward in research into the pathogen.

Two out of three Serrana residents, equivalent to 30,000 adults, have been invited to take part in the voluntary mass vaccination program. If everything goes to plan and all these individuals get a jab, researchers will soon able be to study whether the virus has been wiped out in the city — or if it manages to survive.

The ambitious project was initiated by Mayor Leonardo Capitelli. The energetic 38-year-old, known to locals simply as Leo, recently won November's mayoral elections by a razor-thin margin of 600 votes.

Capitelli, born in Serrana and a father of two, has been keen to reassure his supporters they picked the right person to handle the pandemic. He's tirelessly drumming up support for the vaccination drive — dubbed Project S — in the media and online. 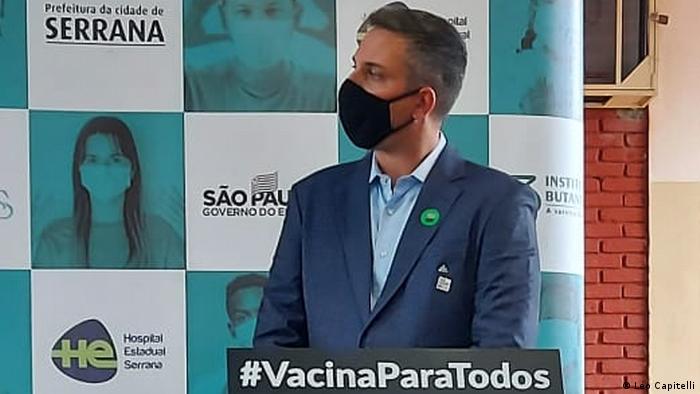 "As a representative of the people, I am very and incredibly proud to be part of this historic project, and to help the people of Serrana get protective vaccinations," Capitelli told DW. "This makes us a pioneer, serving science and helping increase global life expectancy."

A map on Capitelli's desk shows the city divided into color-coded zones, showing who will be vaccinated when. People in the green sector received their jabs from last Wednesday to Sunday. Now it's time for people in the yellow sector to get the shots, followed by the grey and blue sectors. Once people in every region have received their first jab, a second-round will begin.

The mass inoculation will take two months to complete. Capitelli said residents are eager to be involved: "They're excited and have great expectations that they'll not only get immunized but also help protect their families."

How come Serrana is leading the charge?

Serrana was selected because it was one of the country's major coronavirus hotspots, said Ricardo Palacios, director of clinical research at Sao Paulo's highly respected Butantan Institute and one of the lead researchers behind the town's inoculation drive. At some point, 5% of the population contracted the virus after a major outbreak at a nursing home.

In addition, Palacios said, Serrana "has an easy to handle size, local authorities provided unquestioning support, and locals were supportive."

Despite a president who has notoriously downplayed the pandemic and compared COVID-19 to a mild cold, Palacios said Brazilian researchers are working just as hard as their international peers because it's "our obligation." But, he admitted, "Of course we would welcome more support from the government."

Brazil has been hit hard by the pandemic with over 10 million infections and nearly 250,000 deaths to COVID-19, according to data from Johns Hopkins University. In terms of COVID deaths, it is second only to the United States. The country is third in infections behind the US and India. 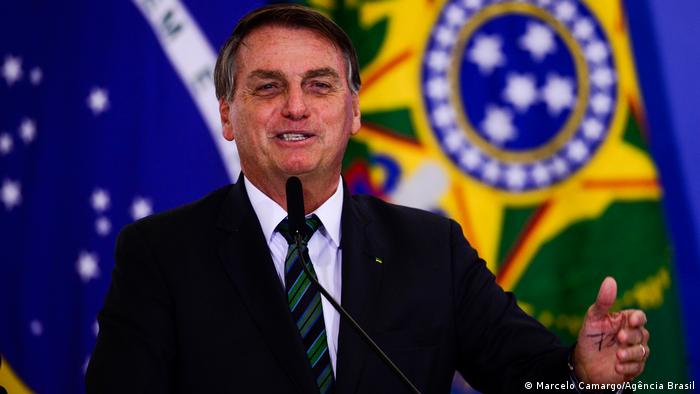 With the world watching, Marco Borges, head of Serrana's public hospital, said he is optimistic that the inoculation drive will yield insightful findings in three months' time.

"The project will run one year, but we will have the main findings in 12 to 13 weeks," he said. "Then we will be able to know how the vaccine affects virus transmission, and whether it reduces severe cases of COVID-19 and mortality."

For now, the town is busily vaccinating residents. The only people excluded from the scheme are minors, pregnant women, breastfeeding mothers and individuals who recently had a fever.

Borges said he can't wait for the program to be completed by May: "Then all cities will know how herd immunity works. Currently, nobody does."