Some 800,000 demonstrators marched in Hong Kong on Sunday, a day before the city marks six months since the start of mass protests that have morphed into a wider anti-government movement. 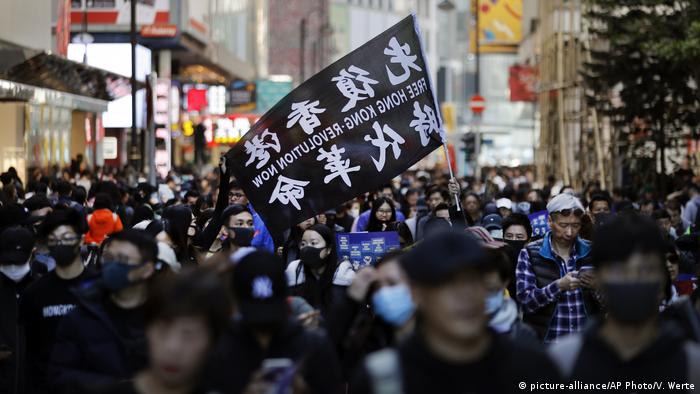 Hundreds of thousands of anti-government protesters took to the streets of Hong Kong on Sunday in a bid to peacefully signal to the city's leader, Carrie Lam, and Beijing that their movement will remain determined until their demands are met.

The protesters weaved through the financial hub's main island under crisp winter skies, in what looked set to be the biggest turnout in months.

"Fight for Freedom, stand with Hong Kong," protesters chanted, one of the slogans of the pro-democracy movement.

The protest is organized by the Civil Human Rights Front (CHRF), the movement that has been behind previous record-breaking rallies in the territory. It is the organization's first rally to be approved by police since August. 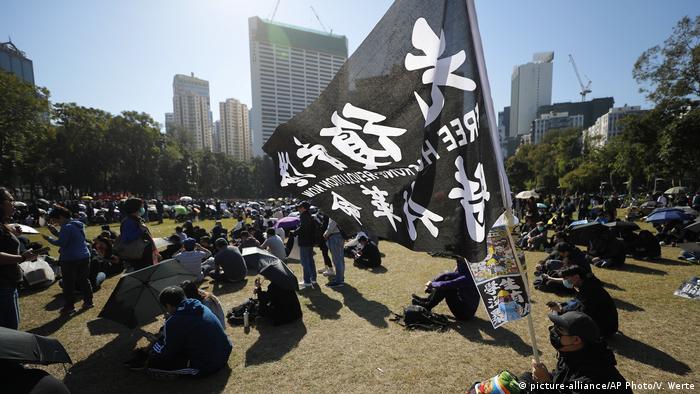 But Lam has so far remained steadfast in her opposition to further concessions and the Chinese leadership in Beijing has stuck by the territory's leader despite her low approval ratings in Hong Kong.

Many of those attending Sunday's rally voiced anger at the situation. "No matter how we express our views, through peacefully marching, through civilized elections, the government won't listen," a 50-year-old protester, who gave his surname as Wong, told AFP. "It only follows orders from the Chinese Communist Party."

"I will fight for freedom until I die because I am a Hong Konger," said June, a 40-year-old woman dressed in black and seated on the grass in Victoria Park. "Today is about standing with Hong Kong, and the international community." 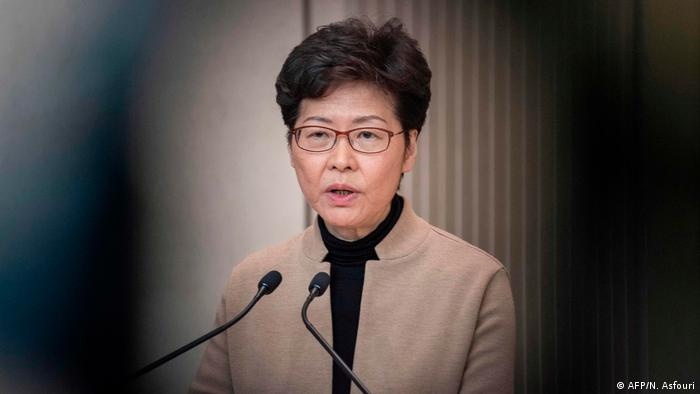 Protest organizers warned the city's pro-Beijing leaders this was the "last chance" to meet their demands and end the political crisis that has embroiled the Chinese special administrative region for six months. "This is the last chance given by the people to Carrie Lam," CHRF leader Jimmy Sham said.

Demands include more direct democracy and an independent inquiry into alleged police brutality.

In a statement on Saturday, the government appealed for calm and said it has "learned its lesson and will humbly listen to and accept criticism."

Police have arrested at least 6,000 people on suspicion of protest-related offenses since political and social unrest in Hong Kong began in June. The protests are largely leaderless and organized online.

Earlier on Sunday, Hong Kong police arrested 11 people for "possession of a firearm without a licence," marking the first time police claimed an illegal firearm intended to be used at a protest was confiscated.

In a statement on Facebook, the police said it had "received information which suggested that someone who had participated in an unlawful assembly before is planning to attack the police with weapons today."

The protests began in June over a proposed law that would have allowed the extradition of criminal suspects to places including mainland China. Although the bill was eventually withdrawn, the protests grew into a wider movement against the city government.

The mass demonstrations have at times forced the closure of government, businesses and schools in the city's worst political crisis in decades.

China slaps first sanctions on US over Hong Kong bill

US Navy visits to Hong Kong have been suspended. But sanctions on several pro-democracy US NGOs are more symbolic than substantive after China had threatened strong countermeasures. (02.12.2019)

Carrie Lam has acknowledged her government's "deficiencies" following a landslide victory for pro-democracy groups in Hong Kong's local elections. But she has refused to give in to any protest demands. (26.11.2019)