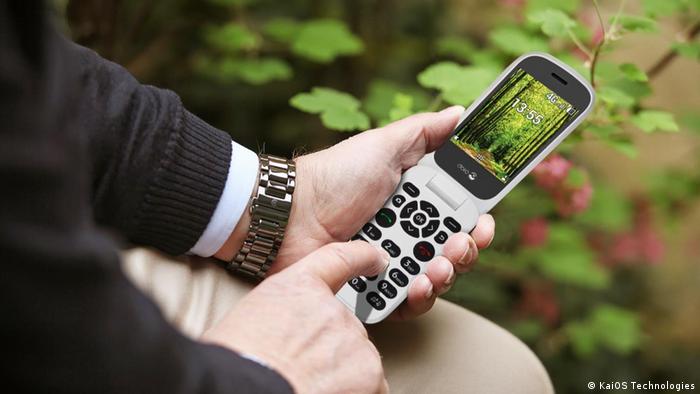 A little-known Hong Kong-based startup is hoping to achieve what even technology behemoths such as Microsoft and Samsung failed to accomplish: challenge the hegemony of Google's Android and Apple's iOS and survive.

Smart feature phones, which cost a little as $7 (€6), are helping the poorest of people in developing countries, especially in Asia and Africa, connect to the web. For most of these people, who are used to operating basic phones, it's an easy, less-daunting transition. Smartphones, which still on an average cost about $300 apiece, are not only expensive but also require a steep learning curve for first-time users, more so when they are illiterate.

The impact of smartphones on users' brains

The impact of smartphones on users' brains

"Smartphone prices are not going down to the level where they should be in order to ensure universal internet access," KaiOS Technologies Chief Executive Sebastien Codeville, told DW. "There is a big gap between what some of the populations we target can afford and the actual costs of smartphones. And the gap is not reducing any time soon."

Plenty of room for growth

Within three years of its inception, KaiOS is powering around 100 million smart feature phones in over 100 countries, making it the third most-popular mobile operating system after Android and iOS. And there is plenty of room to grow.

There are still more than two billion basic phones users globally, many of whom find touchscreens on smartphones intimidating and difficult to use.

Global shipments of smart feature phones tripled to 75 million units in 2018 even as smartphone sales fell for the second straight year, according to research firm Counterpoint. Smart feature phones are still a fraction of nearly 1.5 billion smartphones sold last year.

The research firm forecast that nearly 370 million smart feature phones would be sold in the next three years, providing a $28 billion revenue opportunity for hardware, software and services providers.

"KaiOS is driving the smart feature phone segment and is in the center of all the development," Counterpoint analyst Varun Mishra told DW. "KaiOS provides an app store and has also developed and advertisement platform 'KaiAds,' which will be a key to its revenue generation."

The popularity of smart feature phones and their growth potential have forced major global tech giants to take notice. Google and Facebook have customized their popular apps to ensure they run on these devices with limited memory. Google has also invested $22 million in KaiOS.

Read more: Cheap phone a disaster for 'Make in India'

KaiOS owes a lot of its success to Reliance Jio, a telecom company owned by India's richest man, Mukesh Ambani.

The company has sold more than 50 million of its smart feature phones, known as JioPhone, in India within two years of the phone's launch in late 2017. The $20 phones are powered by KaiOS and are bundled with cheap data plans. The JioPhone's success has made KaiOS the second most popular mobile operating system in the country overtaking iOS. Android remains the most popular OS by some distance.

Codeville says while Asia is KaiOS' biggest market by far, he expects the Middle East and Africa market to grow the fastest this year.

The company has partnered with MTN, Africa's largest telecom company, and French mobile operator Orange to launch cheap but smart feature phones in Africa, where nearly a billion people lack access to the internet. 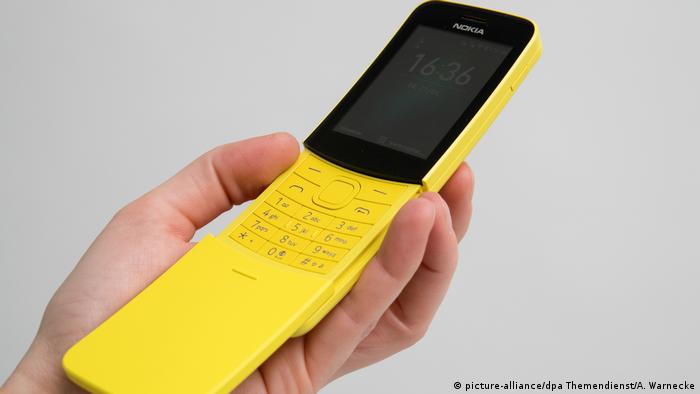 The Orange phone, priced at $20, comes with a long-lasting battery life up to 5 days — a major draw in a region where electricity supply is patchy.

"Through operator partnerships, KaiOS based smart feature phones are often launched with data bundles which is further fueling its adoption," Mishra said.

KaiOS phones, including Nokia's 8110 or the 'Banana Phone' — a remake of Nokia's slider phone from the 90s — are also benefiting the mobile carriers by drawing users from slower 2G connections to a more efficient 4G network, which provides a higher average revenue per user (ARPU).

"Network operators can then free-up the 2G spectrum and re-farm it for 4G, upcoming 5G or Low Power Wireless Access (LPWA) IoT networks," Mishra said. " This is a win-win situation for operators."

Opinion: Trump vs. Huawei, and the end of the smartphone?

The trade spat between Washington and Beijing has reached a new level, with the successful Chinese telecoms equipment provider Huawei stuck in the center. DW's Henrik Böhme asks where this all will end. (24.05.2019)

Fears surrounding mobile phone use and the possible effects of radiation on the human body are mounting. As Germany begins a new 5G network rollout, DW takes a look at whether this new technology is bad for our health. (19.03.2019)