A Hong Kong man wanted in Taiwan for murdering his girlfriend says he'll hand himself in there, Hong Kong's leader says. His case sparked protests after the Hong Kong government tried to reform extradition laws. 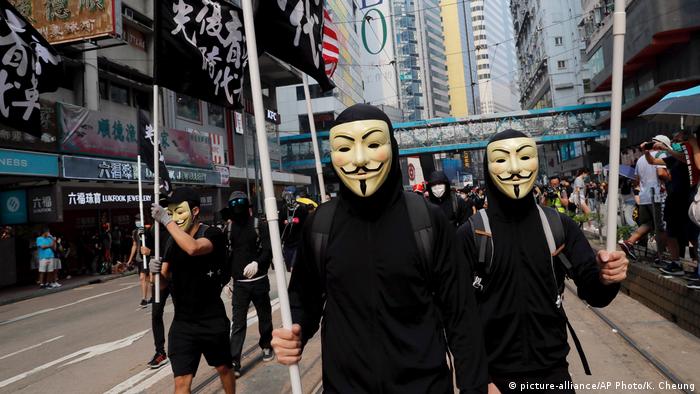 The murder suspect whose case inadvertently ignited months of ongoing protests in Hong Kong has sought help turning himself over to Taiwanese authorities, government leaders announced on Saturday.

In a letter to Hong Kong Chief Executive Carrie Lam, suspect Chan Tong-kai reportedly said he was willing to return to Taiwan where he is wanted for allegedly murdering his pregnant girlfriend while the two were on holiday on the self-ruled island.

Lam said her government would "actively follow up" on the letter, telling a local broadcaster that she felt "relief" at the news.

Spark that lit the fuse

The case prompted the Hong Kong government to attempt reforms to extradition law earlier this year.

But protests erupted when it became clear that the reforms would have changed the extradition process with mainland China as well. Hong Kong residents feared the move would increase Beijing's control over the city and that their court cases could be sent into China's Communist Party-controlled judicial system.

Hong Kong has a distinct legal system and human rights record, and is guaranteed semi-autonomy from China until 2047 under the "one country, two systems" agreement.

Protests, often violent, have rocked the city for five months as demands have grown beyond killing the extradition bill to include, among other things, investigation into police tactics. Lam formally withdrew the original bill in September.

Demonstrators have organized protests again for this weekend, despite the fact that police have ruled the rally "illegal."

Coronavirus: Most Germans support stricter controls for New Year's, but not Christmas 1h ago

Vienna: Iraqi jailed for life over attacks on German ICE trains 1h ago