More than one million people took to Hong Kong's streets on Sunday to protest the new extradition-to-China law. What they're calling for is totally legitimate, says Alexander Görlach. 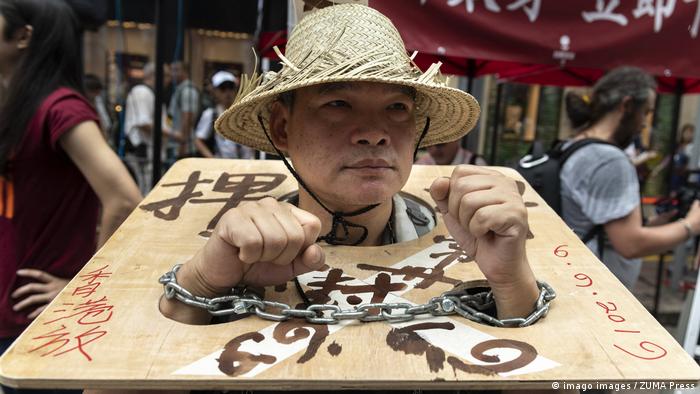 Hong Kong's people impressively show the world how important it is to fight for democracy. In the academic year 2017/2018 I was a visiting scholar at Hong Kong City University and witnessed how the mood deteriorated from month to month and people became more despondent. The actors of the 2014 "umbrella" movement ― students around Joshua Wong who had demonstrated for democracy ― were sentenced to prison during this period.

It is important to stress again and again that they only demand exactly what the Communist leadership in Beijing agreed to. The Treaty on the Return of Hong Kong to the People's Republic and the Basic Law, Hong Kong's constitution, states explicitly that Hong Kong can operate within China according to the principle of "one country, two systems" ― in other words, it can be democratic in its own right.

But by now, President Xi has shown in word and deed that he does not want to adhere to the agreed rules. China has therefore also been disavowed internationally as a reliable contractual partner.

Potential loss of supervision over its own laws 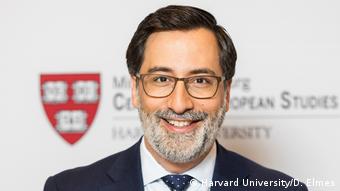 It was only because of this behavior that the student protest movement was formed in the first place. At the moment over a million people in Hong Kong are demonstrating against Xi Jinping and the Communist nomenklatura, because the rights of Hong Kong are to be undermined again and again: People are now to be deported from Hong Kong to China for legal proceedings, which was previously only possible after sentencing them to a certain amount of time in prison.

This would clearly mean the end of any free, democratic order because Hong Kong would no longer be in control of its laws. It would be the end of the Basic Law in Hong Kong and the beginning of total terror, to which the people in Tibet and Xinjiang (where, according to estimates, up to two million people are already crammed into concentration camps) are already exposed.

This is the fate that Hong Kong is facing: To degenerate into a large open-air prison like Xinjiang. The Hong Kong people are protesting this impressively and they now need the support of the whole world. The fear is real, Xinjiang proves it. 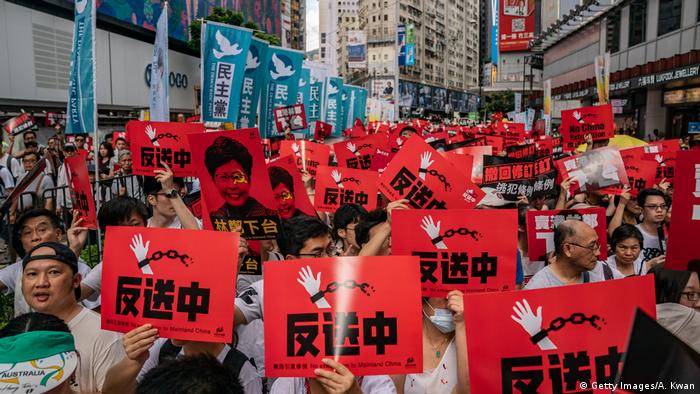 "One country, two systems" was also the slogan used to convince Taiwan to join the People's Republic. The Republic of China on Taiwan is actually legitimate China: The military of this republic was defeated in 1949 by the rebels under Mao Zedong and withdrew to the island of Taiwan.

President Xi also became very unfriendly to the Taiwanese recently ― to put it mildly: after the threat of war against the island in January of this year, Western countries, including Germany, called on the Chinese ruler to use moderation.

Taiwan, on the other hand, has long since ceased to believe that it can cooperate with China in a way that would preserve Taiwan's unique character. The country is, and wants to remain, a parliamentary democracy. The "sunflower" movement in Taiwan had greater success with China because of the country's independence. None of the students who led the island's protest against China in 2014 ended up in prison. Instead, they now work in parliament or have studied at elite universities such as Oxford or the London School of Economics.

Chinese model not attractive at all

The Hong Kong people want to be at least like the Taiwanese people. At the moment, they are merely demanding the legal situation to which the People's Republic has committed itself.

Beijing has hardened the fronts and blames the US for the escalation of the protests. That is, of course, wrong and propaganda. I have seen it myself and spoken to a number of Hong Kongese: What they want is a Western democracy, as practiced in Taiwan, Germany and the US. The Chinese model, even if President Xi says it quite differently all over the world, is of no interest for them.

On the contrary, Hong Kong has had enough of Xi Jinping. The "president for life" also has many enemies in his own country because his actions have cast doubt on China's ability to sign contracts and have thus affected the economy. For people in the free world, the hope remains that the Chinese will move away from President Xi and his course.

*Alexander Görlach is a senior research associate at the Institute on Religion and International Studies at the University of Cambridge as well as a senior fellow at the Carnegie Council for Ethics in International Affairs and honorary professor for ethics and theology at the University of Lüneburg. He has also held a number of scholarly and advisory positions at Harvard University. He holds PhDs in comparative religion and linguistics and is a guest columnist for several publications including The New York Times, Swiss daily Neue Zürcher Zeitung and business magazine Wirtschaftswoche.

A fight broke out between pro-democracy and pro-Beijing lawmakers in Hong Kong's Legislative Council. The proposed law would permit extraditions to China despite the Chinese government's poor human rights record. (11.05.2019)

US lawmakers meet Taiwan president amid China anger 0m ago

Spain: About 1,500 evacuated from towns near Zaragoza due to fires 8h ago

Norway euthanizes Freya — the walrus that drew crowds 12h ago

US lawmakers in Taiwan on heels of Pelosi visit 13h ago

Opinion: India's 75th anniversary — from snake charmers to a global superpower 8h ago