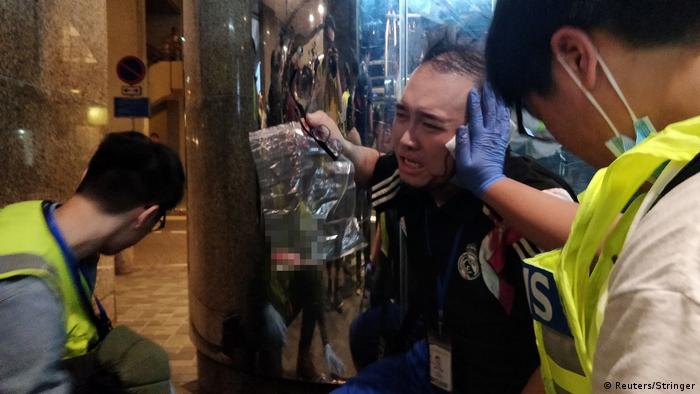 A knife-wielding man injured at least four people during anti-government protests outside a shopping mall in Hong Kong's Tai Koo district on Sunday. Pro-democracy councilor Andrew Chiu had part of his ear bitten off by the man believed to have started the knife fight after the politician attempted to subdue him, according to local broadcaster RTHK, which filmed the brawl.

Images at the scene show bystanders frantically trying to tend to an unconscious man who was lying in a pool of blood and had wounds on his back. Another man was seen being beaten by a crowd that accused him of starting the attack. 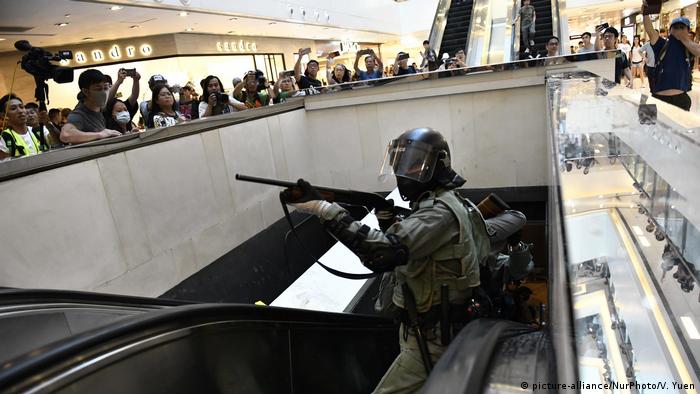 Protesters have five major demands, including setting up an independent inquiry into police misconduct

Earlier at the shopping mall, which is in the middle-class neighborhood of Tai Koo Shing, clashes between Hong Kong's riot police and anti-government protesters turned to bloodshed. Police stormed the shopping mall where protesters had formed a human chain while others vandalized a restaurant with graffiti. Some protesters sustained bloody wounds.

Families were window shopping in the mall as the chaotic scenes broke out, with many protesters fleeing from police.

The clashes came one day after violent protests saw police deploy tear gas and water cannon to respond to petrol bombs and fires set in streets and metro stations.

Police stormed other shopping malls where protesters had gathered, including in Sha Tin, citing the presence of "masked rioters" vandalizing the turnstiles and smashing windows.

Shops at two other shopping malls in the New Territories, in the north of Hong Kong, were also vandalized. 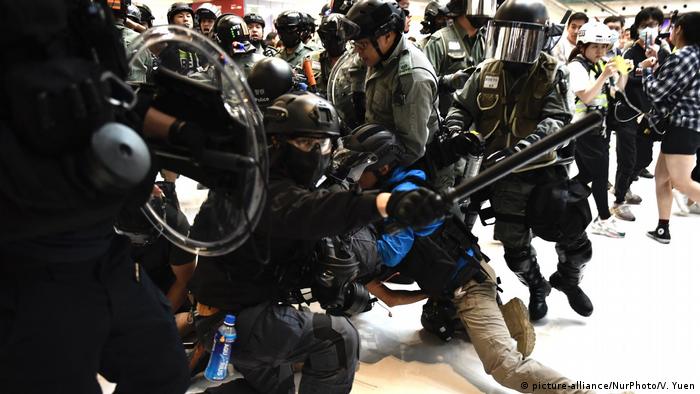 This weekend's unrest marked some of the worst violence since protests began 22 weeks earlier. Protesters had hoped for more pockets of protests on Sunday but were deterred by police, who looked to thwart the pro-democracy demonstrations.

Hong Kong is nearing its fifth month of sometimes violent protests that began over a proposed extradition law that would have provided case-by-case extraditions to mainland China. The territory's leader Carrie Lam has since scrapped the legislation, but the protest movement has grown into wider calls for greater democracy and police accountability.

Lam flies to Beijing this week for talks on how to make it easier for Hong Kong people to live and
work on the mainland, her office said on Sunday.