Authorities have arrested nine people who allegedly helped a group of pro-democracy activists flee the former British colony for Taiwan. Police have said the suspects provided a getaway boat and cash for the fugitives. 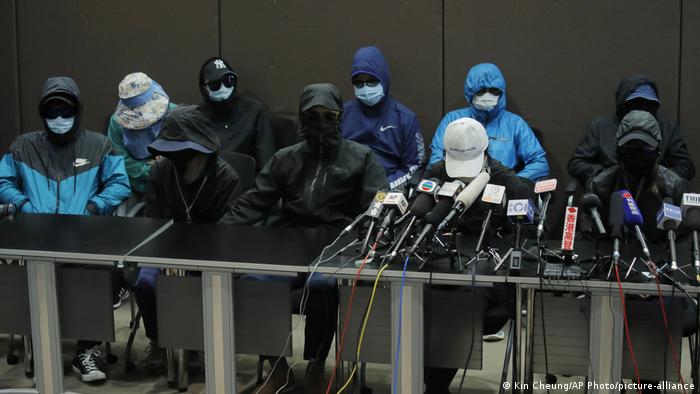 The group allegedly supplied a speedboat for the 12 anti-Beijing demonstrators to make their escape attempt, as they feared prosecution by authorities there.

"Their roles include ownership of the boat, financial backing, providing accommodation before the trip, transportation to the pier and arranging their lives after arriving in Taiwan," a police spokesperson was quoted as saying by the Agence France-Presse news agency on Saturday.

China's coast guard picked up the 12 activists in late August, although Hong Kong officers insist that they played no role in those arrests.

Families of the detainees have said they are being held without charge at a detention center in the Chinese city of Shenzhen, just over the border from Hong Kong.

Hong Kong has been rocked by anti-government protests for more than a year, initially sparked by a draft extradition law that would allow Hong Kongers to face trial in mainland China.

Some of the nine suspects arrested on Saturday had previously been detained during those demonstrations.

Hong Kong's pro-Beijing administration imposed a new security law in June that critics say curtails freedom of speech and the right to protest.

Britain handed the territory back to China in 1997, but both sides agreed a treaty that was meant to protect basic democratic rights, such as an independent judiciary and freedom of assembly.

Hong Kong police have arrested nearly 300 demonstrators who took to the streets in anger over delayed elections. The territory's leader has blamed the coronavirus pandemic; protesters fear further pressure from Beijing.