Historians call on Japan to face up to wartime past

As fears grow that PM Shinzo Abe' conservative government is whitewashing the nation's past aggressions, scholars say the 70th anniversary of the end of World War II is an occasion for Japan to address historic issues. 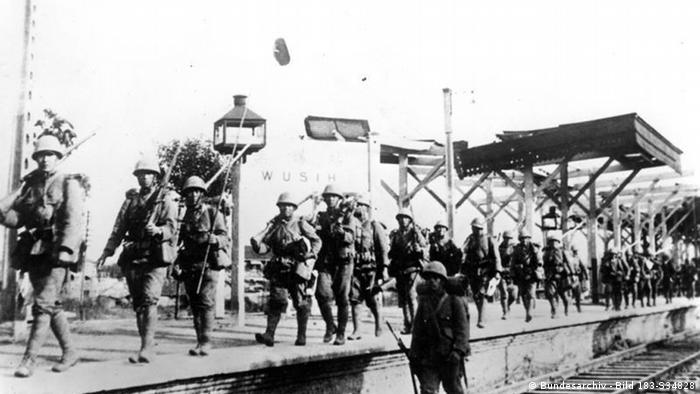 Nearly 200 historians from around the world have issued an open letter in which they call on Japan to face up to the excesses of its invasions and occupations of large parts of the Asia-Pacific region in the early decades of the last century.

This year marks the 70th anniversary of the conflict and is being punctuated by commemorative events in countries that united to defeat the Axis powers. Yet there are accusations that Japan still refuses to acknowledge the scale of devastation its military caused in the 1930s and 1940s.

In a landmark address to a joint session of the US Congress in late April, Prime Minister Shinzo Abe stated that Japan's actions "brought suffering" to the peoples of other parts of Asia and he expressed his "deep remorse" for that part of his nation's history.

The prime minister's comments fell short of the clear and unequivocal apology that some of Japan's neighbors have been demanding for years, primarily China and South Korea, and some believe Abe - an unabashed nationalist - is glossing over the past.

"I think that Abe is being evasive on many of Japan's historical controversies, especially the issue of the 'comfort women,'" Professor Jeff Kingston, director of Asian Studies at the Japan campus of Temple University, told DW. 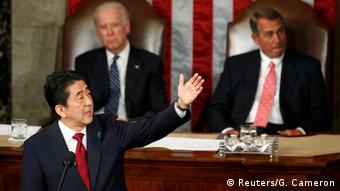 Comfort women is the euphemistic term given to an estimated 100,000 women from conquered territories who were coerced or tricked into becoming sex slaves for the Japanese military.

Many conservatives here still deny that the women were kidnapped and insist that they were merely well-paid prostitutes. They also claim that the women were employed by brokers, so the military and the Japanese government bear no responsibility for their treatment.

Abe used the term "human trafficking" in his speech in the US, points out Professor Kingston, but this "skirts around the issue of responsibility for the comfort women."

"He did not come across as sincere and he was low on empathy," added Professor Kingston, who is one of the signatories of the open letter to Japan. "It is my belief that he wants to rewrite history."

Titled an "Open letter in support of historians in Japan," the statement has been signed by some of the most important names in historical studies of Japan, including John Dower, a professor emeritus at Massachusetts Institute of Technology and author of the critically acclaimed "Embracing Defeat."

"This year presents an opportunity for the government of Japan to show leadership by addressing Japan's history of colonial rule and wartime aggression in both words and action," the letter reads.

In his speech to the US Congress Japanese PM Shinzo Abe remained true to himself: He failed to issue his own apology for his country's role in World War II and the enslavement of Asian women, thus angering South Koreans. (30.04.2015)

The "comfort women" issue takes up much of the statement, with the historians insisting that the matter "has become so distorted by nationalist invective in Japan as well as in Korea and China that many scholars, along with journalists and politicians, have lost sight of the fundamental goal of historical inquiry, which should be to understand the human condition and aspire to improve it.

"Exploitation of the suffering of former 'comfort women' for nationalist ends in the countries of the victims makes an international resolution more difficult and further insults the dignity of the women themselves," they add. "Yet denying or trivializing what happened to them is equally unacceptable."

They also criticize the use of "isolated documents" by revisionist historians in Japan to claim that the women were hired by civilian brokers as an attempt to distance the government from blame.

And the use of these documents to challenge the testimony provided by numerous victims, it "both misses the fundamental issue of their brutalization and ignores the larger context of the inhumane system that exploited them."

The letter includes a handful of academics in Japan, with Professor Kingston claiming that the 187 signatories are "the tip of the iceberg" and that many historians in the East Asian country declined to sign because "it could bring attention to them and they fear reprisals."

That sort of reaction could take the form of academic funding being cut, but a university that employed a former journalist from the left-leaning Asahi newspaper who covered the comfort women issue extensively has been the target of repeated bomb threats. 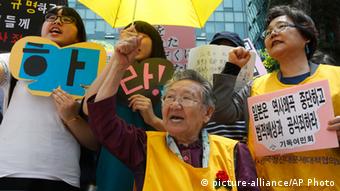 Japan's conservatives are angry at the foreign academics' statement, however, and are planning an open letter of their own. "The central figures in this statement have previously made similar groundless accusations, so I am not surprised at this," said Yoichi Shimada, a professor of international relations at Fukui Prefectural University.

"These people still think that the 'comfort women' system was unique to Japan and that it used violence to abduct and control these women, which is different from the real facts," he said.

Professor Shimada is instrumental in preparing a rebuttal to the foreign academics' statement, possibly this week, which will "reiterate and make quite clear" that the Japanese military was not involved in procuring the women for its comfort stations.