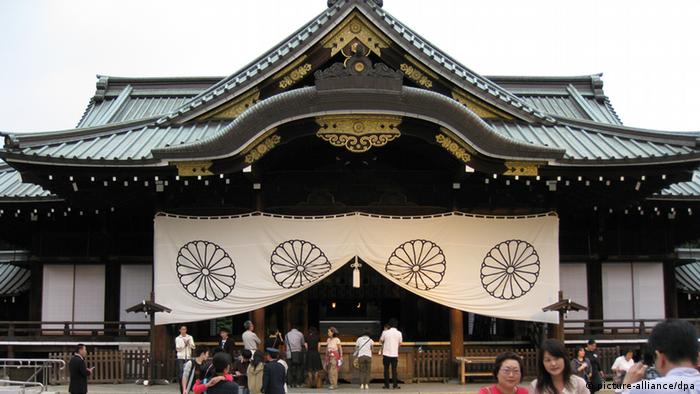 Located in central Tokyo, the shrine honors 2.5 million people who died in wars involving Japan since 1853. Also commemorated at Yasukuni are 14 Japanese who were found guilty by Allied war tribunals of committing class A war crimes. The shrine is thought to house the actual souls of the dead. According to the Shinto faith, once the souls are enshrined, this process is irreversible.

Politicians regularly visit the shrine, angering Japan's neighboring countries, particularly China and South Korea, who see the visits as glorifying Japan's wartime aggression. However, on August 15, the 69th anniversary of Japan's surrender in World War II, Prime Minister Shinzo Abe sent a ritual offering to the shrine instead of visiting in person.

Shihoko Goto, senior Northeast Asia associate at the Washington-based Woodrow Wilson Center for Scholars, says in a DW interview that while Abe is acutely aware of how visiting the shrine could negatively impact relations with neighboring countries, Japanese voters themselves place little value on whether or not the shrine is visited. 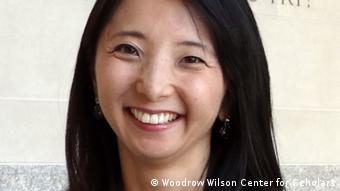 Goto: 'A visit to Yasukuni is seen by the Chinese and the Koreans in particular as an act of defiance by the Japanese'

DW: How significant is Abe's decision to stay away from Yasukuni?

Shihoko Goto: Prime Minsiter Shinzo Abe's decision not to visit the Yasukuni Shrine on the day marking Japan's defeat in World War II was a step in the right direction. But just because he didn't go on August 15 doesn't mean he won't consider visiting the controversial shrine again some day in the future.

Why do Japanese politicians feel compelled to continue visiting the Yasukuni shrine?

Japan's political leaders have argued that all countries pay homage to their war dead, and that Japan should be no exception. Therefore it is only logical for people to pay their respects at the shrine and honor those who sacrificed their lives for the country. Indeed, on the 69th anniversary of Japan's defeat in World War II, 80 political figures including cabinet members paid their respects at the shrine.

But the fact that Abe himself did not join them indicates that he is deeply aware of how such a visit would be regarded by the international community, especially by neighboring China and South Korea.

How do visits to the shrine by Japanese politicians affect international relations?

A visit to Yasukuni is seen by the Chinese and the Koreans in particular as an act of defiance by the Japanese, of not acknowledging the atrocities they committed in the Asia-Pacific during the first half of the 20th century.

Abe has yet to have bilateral meetings with either Xi Jinping or Park Geun-hye. There are high expectations, though, that the Japanese premier will be meeting with his Chinese counterpart following the November APEC meeting in Beijing. That could help smooth over some of the tensions between the two countries, especially over territorial disputes in the East China Sea. 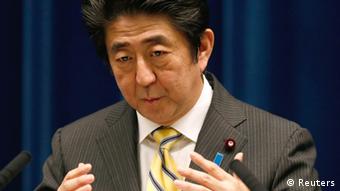 Abe has yet to have bilateral meetings with either Xi Jinping or Park Geun-hye, says Goto

How would the Japanese react if politicians stopped visiting the shrine or stopped sending offerings?

Interestingly, visiting or not visiting Yasukuni is not a huge political issue among Japanese voters, who are much more concerned about the outlook for the domestic economy and prospects of Japan engaging in collective self-defense operations with its allies. At the same time, it is impossible due to religious beliefs simply to relocate the shrine or to remove spirits, as some observers may argue.

Shihoko Goto is the senior Northeast Asia associate at the Woodrow Wilson Center's Asia Program, where she is responsible for research, programming, and publications on Japan, South Korea, and Taiwan.