Japan concerned over China′s ′profoundly dangerous′ acts | Asia| An in-depth look at news from across the continent | DW | 06.08.2014

China is ratcheting up tensions in the East China Sea, says the Japan's Ministry of Defense in its annual defence white paper released on August 5. But Japan’s options for a response are limited, experts say. 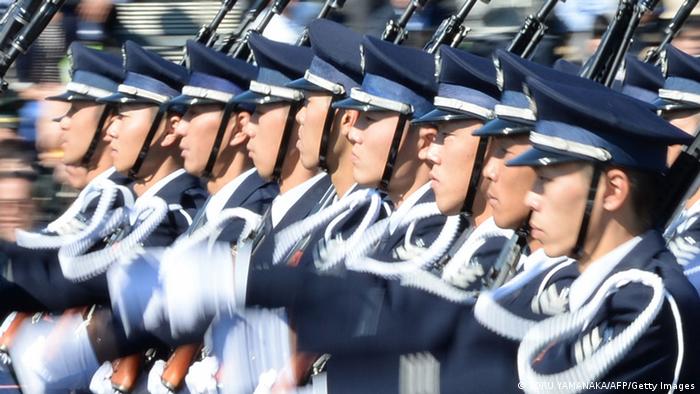 For years, the People's Republic of China has been building up its military activities in the South and East China Seas. Japan, in particular, perceives this as a provocation. At the end of 2013, China's unilateral declaration of an Air Defense Identification Zone (ADIZ) over the Senkaku/Diaoyu islands - territory claimed by both China and Japan - drew sharp criticism from Tokyo and Washington.

The ADIZ, which is not recognized under international law, was seen as a purely symbolic political act. Experts say China merely wanted to reassert its claims over the contested islands.

In this year's white paper, released by the Japanese Ministry of Defense, the ADIZ is again strongly criticized. According to the annual report, China is "attempting to alter the status quo by coercive measures." These measures "include dangerous acts that could cause unintended consequences," the paper stated, pointing out that Japan is "deeply concerned."

In its initial response to the report, China said that Japan's accusations were "groundless." A statement issued on the Chinese Defense Ministry's website stated that the paper was deliberately "exaggerating" a China threat, so that Japan could use it as an "excuse" to expand its weapons production and change its security policy. "China is resolutely opposed to it," it said. 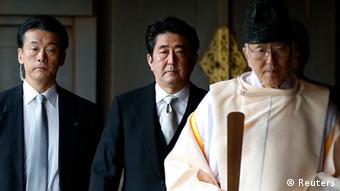 Prime minister Abe's (center) visit to the Yasukuni Shrine was met with heavy criticism in China, leading to a cancellation of bilateral discussions

Japan's conservative Prime Minister Shinzo Abe, who has been in office since December 2012, is pursuing a China policy, which is sometimes viewed as provocative. In December 2013, he visited the Yasukuni Shrine, a memorial to Japan's 2.5 million dead in World War II, which also honors convicted war criminals who committed atrocities in China and Korea. The visit was met with heavy criticism in China, leading to a cancellation of bilateral discussions.

"Abe took various opportunities to create anti-China sentiment in Asia," says Alexandra Sakaki from the German Institute for International and Security Affairs (SWP). For instance, during the Shangri-La Dialogue 2014 - an Asian security conference - Abe was able to stir up anti-China feeling without naming the country specifically in his speech. "In this sense, Japan is at least partly guilty for the fact that Sino-Japanese relations are at rock bottom," Sakaki told DW.

An article for peace

Even the so called new interpretation of the Japanese post war constitution - particularly Article 9, in which Tokyo formally renounces war - has not helped to ease the tension. The new interpretation, recently approved by the Japanese Cabinet, gives the Abe government more military leeway. It allows the Asian nation to come to the defense of the US or other countries, even if Japan itself is not under attack.

While article 9 has so far prevented Tokyo from engaging in what is known as collective self-defense, the new interpretation allows the Asian nation to come to the defense of the US or other countries, even if Japan itself is not under attack.

Although the "peace article" stipulates that Japan maintain only self defense forces, analysts say that the country has one of the most modern armies in the world. "In many ways, it is not so different to other countries' militaries," said Sakaki. However, the crucial difference, she stressed, is the lack of offensive weapons, such as air-to-ground missiles. 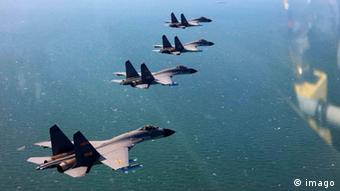 China is perceived as "the number one threat to Japan" and there is an increasing sense of fear that Beijing could achieve military superiority over Japan," said Sakaki. As a result, Japan - like China - is also stepping up its military spending, rather than engaging in mere symbolic acts and rhetoric.

China has drastically increased its arms expenditure over the last few years. According to the Stockholm International Peace Research Institute (SIPRI), Beijing's military expenditure in 2013 increased by 7.4 percent to 188 billion USD.

For its part, Japan, which had reduced its military expenditure every year between 2002 and 2012, has allocated 48 billion USD for the 2014 military budget, an increase of 2.2 percent year-on-year. Nevertheless, this is a low level reaction, says security expert Sakaki. "With its stagnating economy, Japan just doesn't have the capacity for a real arms race."

With his mind set on diversifying investments, Japanese Premier Shinzo Abe has embarked on a five-nation tour of Latin America. But while economic ties are high on the agenda, the PM will also launch a diplomatic push. (25.07.2014)

The top one percent of households in China control more than a third of the country's wealth, a study found. As analyst James Rickards tells DW, inequality is becoming so extreme it threatens to cause social disorder. (28.07.2014)