Hezbollah says it shot down 'Israeli drone' at Lebanon border

The incident came one week after a fierce exchange of fire between Israel and Hezbollah. The militant group's leader had pledged to retaliate "deep inside Israel" if there are any more attacks. 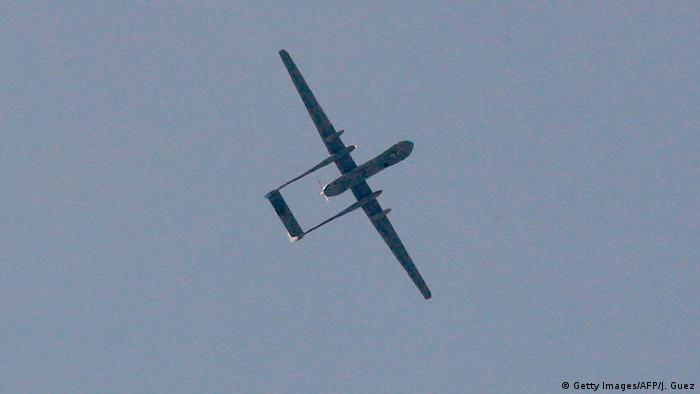 Hezbollah said on Monday that it had downed an "Israeli drone" as it flew over the border with Lebanon. The Islamist militant movement said that the unmanned aircraft was now in the hands of its fighters.

A statement from the Iran-backed groupsaid that it had "confronted with necessary weapons an Israeli drone" as it entered southern Lebanon near the town of Ramyah.

The latest confrontation between the bitter enemies came a week afterthe fiercest exchange of fire  since their 2006 month-long war.

Cross-border shelling erupted in response to a drone attack in a Hezbollah-controlled suburb of Beirut.

Hezbollah leader Sayyed Hassan Nasrallah blamed Israel for the attack and said that it had ushered in a "new phase" of the conflict, in which his group would not recognize any red lines.

He promised that they would respond to any more Israeli aggression with strikes "deep inside Israel" and not just in the border region.

Considered a terrorist organization by Israel and the United States, Hezbollah is a key political force in Lebanon, and has also thrown its support behind Syrian President Bashar Assad.