A final day loss means Hertha Berlin's sorry season will continue with a relegation playoff against Hamburg. Derby defeats, fan revolts and chronic mismanagement have combined to leave the 'Big City Club' on the brink. 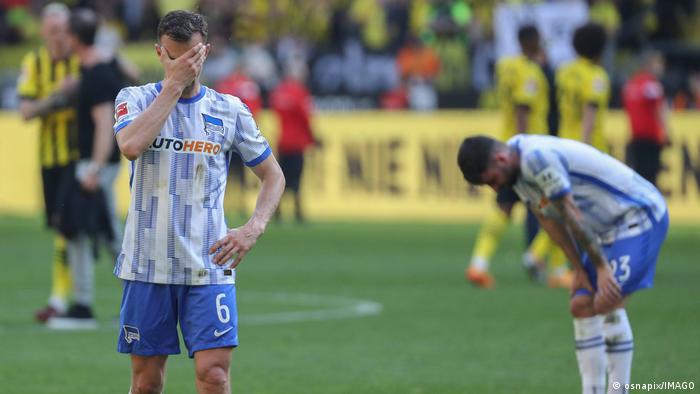 Hertha Berlin's Bundesliga survival comes down to a playoff with Hamburg

The huge banner revealed by the Hertha Berlin ultras during last month's derby defeat to Union Berlin said it all, even before the latest failure was confirmed: "Windhorst and Gegenbauer out!"

Despite spending an eye-watering €375million ($408m) on the team in the last three years, Hertha's club hierarchy only have only two midtable finishes and now a looming relegation to show for it. A brief recovery after that 4-1 loss was quickly punctured by a run of one point from their last three games. That, combined with a dramatic final day win for Stuttgart, sees Hertha face Hamburg in the relegation playoff between the third worst club in the top flight and third best in the second division.

Lars Windhorst, the German entrepreneur behind the huge investment since July 2019, had pledged to transform Hertha into the 'Big City Club' that he believes Berlin deserves. He now owns a 66.6% stake in the club's professional football division - although majority voting rights remain with the club and its members, in accordance with the 50+1 rule.

Windhorst was once described as a business "wunderkind" by then German Chancellor Helmut Kohl back in 1997, but 25 years on, Hertha are yet to see the sharp end of Windhorst's business acumen.

The cold reality is that, under the 45-year-old's watch, the club have become a circus. Player turnover has been huge with 29 incomings and 41 outgoings since 2019, net spend on transfers is up at €91million, and Windhorst has already burned through six permanent coaches in 34 months. Add to that the club's absence of a footballing identity and lack of direction or strategy in the boardroom, and you have a perfect storm of failure.

A final day defeat to a Borussia Dortmund side with nothing to play for leaves Hertha having averaged less than a point a game this season. They will face Hamburg in a two legged tie, with the first leg in Berlin on Thursday and the return in Hamburg the following Monday.

But Hertha have struggled to perform in their biggest games this season, losing all three Berlin derbies in one season – two in the Bundesliga, one in the Cup. The latest head coach to try and arrest the decline, Felix Magath, made more than 300 Bundesliga appearances and won the 1983 European Cup with HSV, before they became his first coaching gig back in 1995.

"HSV, there is no question about it, is the greatest period of my football life," he told German football magazine Kicker in the lead up to the game. "But that plays no role at all in these two encounters.  It's still not about me or my past with HSV, it's all about Hertha BSC, about staying in the league." 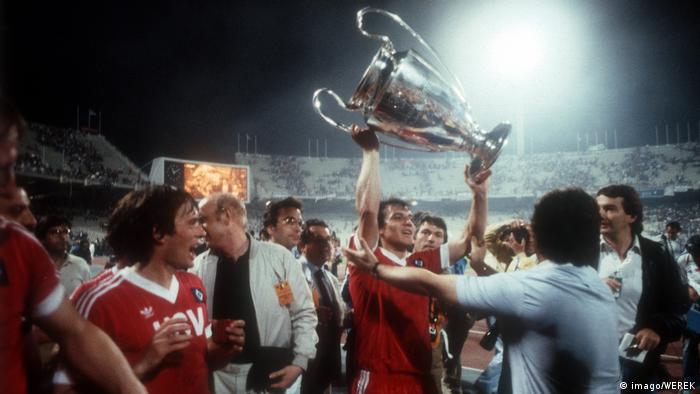 Magath is Hertha's third coach this season and Windhorst's latest appointment after Ante Covic, Jürgen Klinsmann, Bruno Labbadia, Pal Dardai and Tayfun Korkut. Such a parade of coaches speaks to the struggles of sporting director Fredi Bobic, who arrived from Eintracht Frankfurt with a strong reputation, has struggled to improve the fortunes of the club where he ended his playing career. Even the experienced Magath has his work cut out to keep Hertha alive.

Hertha's unacceptable form on the field has revealed splits at the top of the club, with Windhorst effectively blaming the club's president, Werner Gegenbauer, for mismanaging the club. He recently called on the club's members to vote out Gegenbauer, but the fans seem to want both men gone.

"Our club is turning itself into a public laughing stock," wrote the ultra group "Harlekins Berlin" in a furious statement after April's derby defeat, turning their attention first to investor Windhorst, who they accused of following "personal interests" and his "image":

"Through financial ill-discipine, delusions of grandeur and catastrophic squad planning, Hertha still had to apply for €7m of state coronavirus aid [during the pandemic], despite the sums invested ... The investor is now shamelessly exploiting this emergency to exert political power within the club. It's been clear that Lars Windhorst can't keep himself out of sporting decisions since the appointment of Jürgen Klinsmann ... Right from the start, he's made no secret of the fact that he's only interested in power." 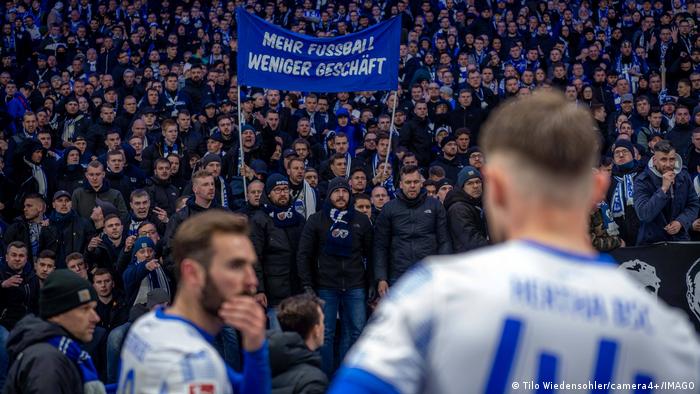 "More football - less business" - Hertha Berlin's ultras were furious at their players and their club. But sporting director Fredi Bobic said they "crossed a line" by demanding the players surrender their shirts.

Then, it was club president Gegenbauer's turn: "Werner Gegenbauer has been club president seeminly for an eternity [since 2008]. In all this time, he has never managed to ensure that Hertha BSC has been seen in any way positively in Berlin," the Harlekins wrote, also criticizing the ongoing saga over a planned move away from the Olympic Stadium.

"There can be no 'carry on as you are' at Hertha BSC," the ultras concluded. "There has to be a comprehensive process of renewal - starting at the top. Two demands are essential for a meaningful change of course: Windhorst and Gegenbauer out!"

After three straight losses to their city rivals, the power shift in Berlin from blue to red is complete. As Union confirmed a second successive season of European football at the weekend, their fans found the time amid the jubilation to mock their richer rival: "See Hertha, that's how it's done," came the chant.

During the period of Windhorst's chaotic tenure at Hertha, Union have had one coach, one sporting director and one president – and that stability has given the club a platform to enjoy steady progress.

But Bobic, in his current role since July 2021, wouldn't entertain any talk of power shifts or humiliations:

"We lost a game," he told Sky. "It's a defeat, a bitter defeat, and it means we won no points. But nothing more, so stop trying to make something bigger out of it. That's sport. Union are better than us at the moment, we have to recognize that.

The question now is whether second division Hamburg, themselves a recent example of mismanagement leading to relegation, are better than Hertha.

"We have two chances to show that we are a first-division team," said Magath after the loss to Dortmund. "I can get upset now or just tick it off. I tend to do the latter. It's not the worst case scenario; after all, we managed to avoid direct relegation from 17th place."

While, strictly speaking, that's true, it's a stark admission of the limit of current ambition from a club in Hertha's position. They're certainly second best in Berlin, but Hertha may also soon be second division.

Eintracht Frankfurt sporting director Fredi Bobic has confirmed that he will be leaving the club at the end of the season. The 49-year-old looks likely to join Hertha Berlin, a move which is less strange than it appears.

Hertha Berlin slipped to a fifth defeat of the season at home to Freiburg. Despite massive funding from investor Lars Windhorst, sporting director Fredi Bobic has a huge job on his hands. He insists it will take time.

Bundesliga: The return of the ultras

Four years after their first ever relegation, Hamburg have one foot back in the Bundesliga. Ludovit Reis' looped goal was a fluke, but HSV won't care. Hertha Berlin and Felix Magath are edging towards relegation.

A dreadful run of two points from nine games in 2022 has seen Tayfun Korkut axed as Hertha Berlin coach. The club moved swiftly to announce veteran coach Felix Magath as his replacement on Sunday.