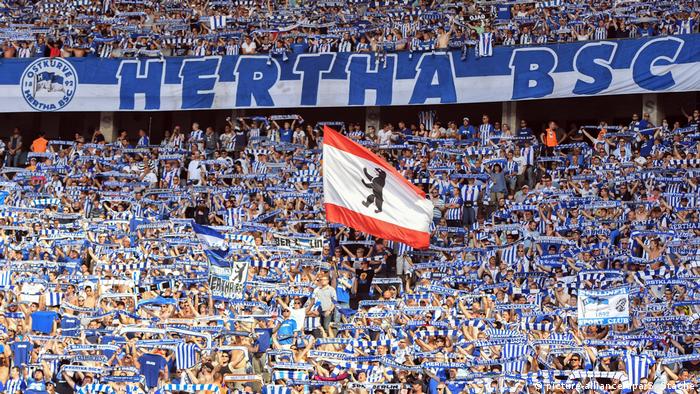 Hertha Berlin's biggest signing of the summer is complete. It doesn't involve a player leaving or moving to the capital. Instead it relates to capital of a different variety.

On Wednesday, Hertha announced a strategic partnership with Tennor Holding B.V., who have made an investment of €125 million ($142m) for a minority stake of 37.5 per cent. The deal is the single largest equity transaction in Bundesliga history and includes an option to acquire a further 12.4 per cent stake at a higher valuation in coming years.

"We see it as a long-term and promising agreement," Tennor chairman Lars Windhorst said in a joint-statement with the club. "For me personally, it is a great pleasure to be able to contribute to the economic future of this great club in Berlin."

But who is the man behind the investment aimed at providing a platform for Hertha to take the next step in the club's development by regularly competing on the continental stage?

An extravagant entrepreneur who founded his first company aged 15, Windhorst was seen as the 'Wunderkind' of the German business world in the mid-90s and even traveled to Asia as part of then German chancellor Helmut Kohl's delegation.

Since then, the now 42-year-old has been ranked on the Sunday Times Rich List, twice filed for bankruptcy, survived a plane crash in Kazakhstan with nothing more than a missing earlobe and stood trial in Berlin in a criminal case.

A wunderkind turned survivalist, he has experienced all the opportunities and pitfalls of the business world, much like Hertha have in German football. Risk is part of his game, but his most recent investment in Hertha has sound potential.

Hertha on the up

For two straight seasons the capital city side has made an after-tax profit, with chairman Ingo Schiller outlining how the club "are planning for a profit of €200,000 in the coming business year" during the most recent member's meeting in May. 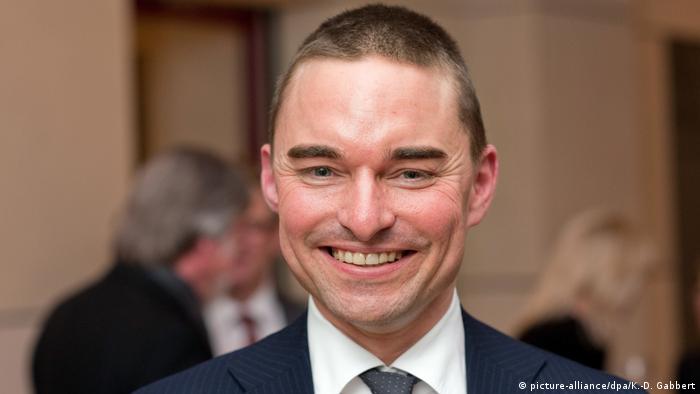 At the end of the previous business year (June 30, 2018), Hertha were €47.63 million in the red. The interesting-bearing debt will rise again at the end of this month when the club factors in the current business year, which included the repurchasing of 36.6 per cent of their shares from private equity fund Kohlberg Kravis Roberts (KKR) for €71.2 million in November 2018. Yet these are still steps in the right direction.

"Hertha's bosses have been doing good work since KKR came in as an investor in 2015," DW was told by Jan, a Hertha fan, club member and acting vice chair of the official fan club Axel Kruse Jugend. "Especially when you consider our not so perfect history with money," Jan added with a chuckle.

"It is debatable if money does indeed score goals, but if you want to be amongst Germany's elite, money is a necessity. And to be fair, management have been open about looking for an investor ever since they announced their plans to build a new stadium."

An elite club in the capital?

That new stadium is one piece of the off-the-pitch puzzle, and as Hertha claim on their website, the partnership with Tennor would "enable extensive repayments over the next few years in the core operational areas of sports, digitalization and internationalization."

The latter two areas are right in Windhorst's wheelhouse given the extensive network he has fashioned throughout a flamboyant career, which has seen him rub shoulders with prominent powerhouses such as media mogul Rupert Murdoch.

Hertha sporting director Michael Preetz said the partnership "gives our club direction" as Hetha look to end their flirtatious relationship with Europe for something more serious. While Windhorst's contacts and check book will open doors the reaction amongst Hertha fans has been mixed.

"Personally, I think it's too early to make predictions," said Jan. "Of course, there are always better investors, most of whom have skeletons in their closet. But I have faith that the club took all precautions to avoid situations like that of [Hasan Abdullah] Ismaik at 1860 Munich or investor horror stories like those of Leyton Orient in England or FC Viktoria 1899 in Berlin."

While Windhorst has expressed his desire for Hertha to become a big city club like other clubs in London or Madrid, the majority of fans aren't getting ahead of themselves. "Hope for the best, prepare for the worst," said Jan. While that is never a bad approach in football, it seems that having been through the worst, Hertha's deal is a sign they're preparing for the best.