Held back from EU by Croatia, refugees stuck in Bosnia | Europe | News and current affairs from around the continent | DW | 22.06.2019

Officials near Bosnia's border with Croatia feel abandoned by the federal government and the international community. With shelters bursting at the seams with people trapped in limbo, they're taking drastic measures. 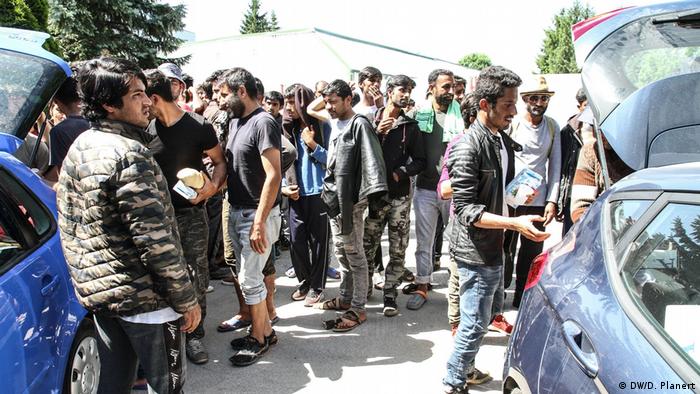 Under a new curfew imposed by authorities in the western Bosnia city of Bihac, residents of the Bira refugee shelter are picked up by the police and returned to their confines if they're caught out between the hours of 10 p.m and 6 a.m.

"We can't go to the supermarket," said Tahir, a man from Pakistan. "We can't buy anything to eat. We are not allowed to leave the camp, as if this were a prison — but we don't want to be prisoners." He added: "The situation is impossible."

Authorities in Bihac, a city of about 45,000 people, imposed the measure after months of demanding support from the central government of Bosnia-Herzegovina in Sarajevo.

With 700 residents, the Bira shelter is overfull, while at least as many people live in tents outside the gates. Conditions are unsanitary, and the flimsy tarps offer little protection from rain and sun.

Other shelters around Bihac are also bursting at the seams. In total, the region offers accommodation for about 3,200 refugees, but more than 5,000 displaced people are currently waiting to move on to the European Union. One hundred to 150 people arrive every day, police estimate. The International Organization for Migration (IOM) runs most of the shelters — and does so poorly, Tahir said: "They want to have their pictures taken when they give us something to eat once a day, they want to show how good they are — but it's not true."

The curfew is a preventive measure, police spokesman Ale Siljdedic said. "The situation is not alarming," he clarified. Police in the Una-Sana region attributed a total of 130 crimes and 400 petty offenses to refugees in the first five months of this year, which is about 20% of all crimes in the region.

Regional authorities have decided to build a new camp for displaced people in Vucjak, a former garbage dump about 8 kilometers (5 miles) outside of Bihac. There is no infrastructure, no running water, no electricity; the environment is toxic. The plan is to house 400 displaced people there initially. 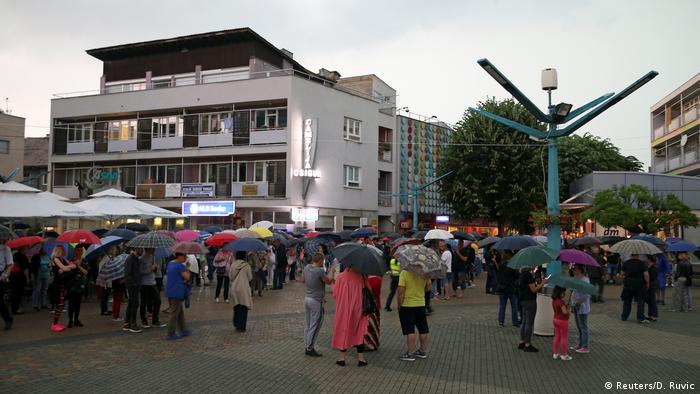 According to international observers, displaced place people head to western Bosnia en route to Croatia and the rest of the European Union. The EU is prepared to offer €13 million ($14.5 million) should authorities decide to accommodate displaced people elsewhere in Bosnia-Herzegovina.

Many displaced people don't see that as an option. They want to continue their journey via Croatia and Slovenia. "I've already crossed the Croatian border 14 times, and I've been brought back again and again," Tahir said. He said he had used up his funds to pay the local smugglers upon whom refugees depend to circumvent the fence along parts of the border and to skirt the minefields still in the ground from the 1990s.

Long-term residents of Bihac remember how they suffered during the war and genocide that accompanied the breakup of Yugoslavia in the 1990s, which is one of the reasons why they welcomed the displaced people a year and a half ago. But the community has grown less welcoming. Many residents say they feel overwhelmed, and there have even been calls to close the region to displaced people, although no one knows how to make this happen or what the legal basis would be. 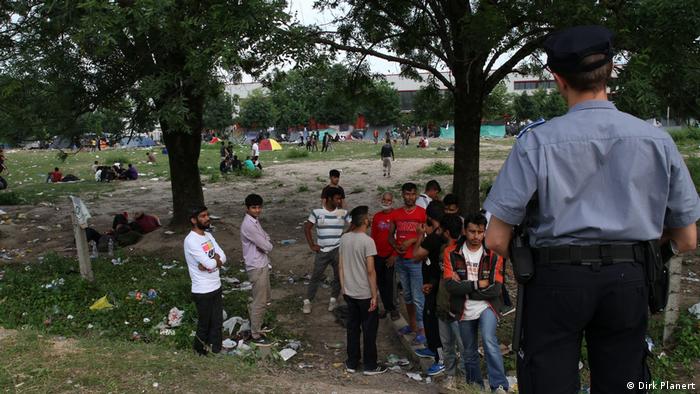 No way to stay, no hope to go back, displaced people say they will continue their journey

The Croatian police, intent on presenting themselves as the exemplary guards of the European Union's external border, have increased their forces to patrol the border with Bosnia-Herzegovina. According to reports from various human rights organizations, displaced people detained by Croatian police are sent back without asylum procedures — in open disregard of existing EU regulations.

A group of young Pakistanis who have been repeatedly picked up by Croatian police while trying to cross the border said officers had even taken their mobile phones — but giving up is not an option: "We will try again." As soon as it got dark, they planned to make their way through the woods. Some of the displaced people in Bira have tried more than 30 times.

"We've been on the road for a year and a half," one told DW. Hoping to go to Italy, the group trekked to Bosnia-Herzegovina via Iran, Turkey, Greece, North Macedonia and Serbia, and, everywhere they went, they had water, food and a roof over their heads. "This is the worst so far," one said. "We have to sleep out in the open air, and they bring water in tanks — like for cattle."