A group of lawyers are asking the ICC to investigate the European Union for crimes against humanity, arguing that the bloc's policies are responsible for thousands of migrant deaths in the Mediterranean. 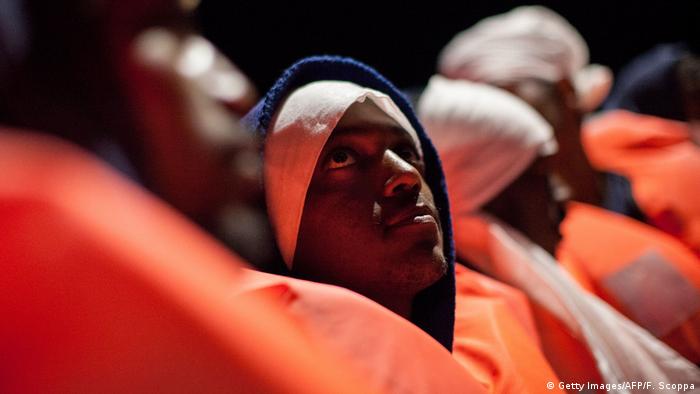 A group of lawyers have asked the International Criminal Court (ICC) to open a case against the European Union over its migration policy, according to a request submitted on Monday.

Although ICC prosecutors are already gathering evidence about crimes against refugees in Libya, the document goes a step further by arguing that the EU and member states are also largely to blame for migrant deaths on land and at sea.

What are the allegations against the EU?

In a 243-page document that was shared with international news outlets, the lawyers outlined several EU actions to deter migration which they argue have violated human rights, including:

'They triggered this tragedy'

Lawyers behind the ICC request said the details provided in the report will leave the court with no choice but to take on the case against the EU.

"[European officials] pretended that this was a tragedy that nothing could be done against it that they had no role in it," Juan Branco, a lawyer who formerly worked at the ICC and one of the co-authors of the document, told the Associated Press.

"And we demonstrate very carefully that, on the contrary, they triggered this so-called tragedy," he added.

The document particularly condemned the EU's Triton operation in the Mediterranean, saying that the policy prompted the "most lethal and organized attack against civilian population the ICC had jurisdiction over in its entire history," The Guardian quoted the document as saying.

What is the ICC: The ICC is an international tribunal tasked with bringing to justice perpetrators of genocide, crimes against humanity and war crimes. The court acts when other countries are unwilling or unable to prosecute. More than 120 countries are signatories to the Rome Statute that established the ICC, including Germany.

What happens next: The ICC receives several requests every year for formal investigations. It will be up to the court's prosecutor to decide whether to investigate and bring a case before the court. The ICC's chief prosecutor, Fatou Bensouda, is already collecting evidence about alleged crimes committed against migrants in Libya.

Migrants rescued in Mediterranean, taken to Italy and Malta as UNHCR acts

Stranded migrants have been rescued by the Italian navy and taken to Lampedusa and Malta. The UN refugee agency has airlifted migrants, including babies, from Libya to Rome. (30.05.2019)