Schools and roads were closed on Monday in Austria as heavy snow and rain cause disruption across the region. One man was killed and two women were rescued by firefighters after their houses were destroyed in a mudslide. 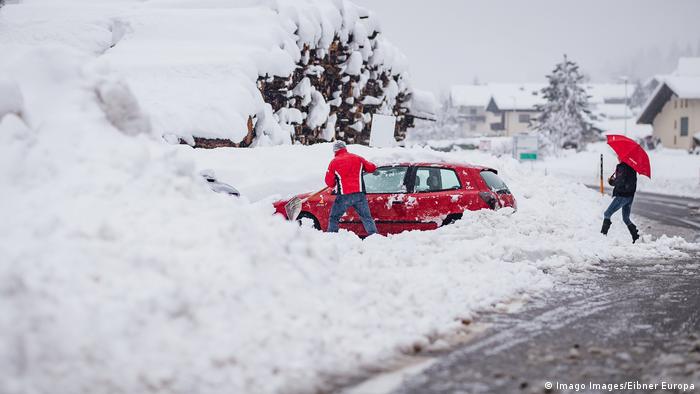 Schools and roads were closed on Monday in parts of Austria as heavy snow and rain cause disruption.

A 79-year-old man was killed when a landslide crushed his home in the ski resort of Bad Kleinkirchheim, police said, according to German news agency dpa.

"He was buried by the mud," local mayor Matthias Krenn was quoted as saying by Austria's Kleine Zeitung newspaper.

Two women had to be rescued by firefighters after their houses were also destroyed in a mudslide in a town near Salzburg, Austrian news agency APA reported.

One of them was rescued almost immediately, another only after several hours. Both were hospitalized.

Over thirty people were evacuated from their homes in the region of Styria amid concerns over landslides, while the residents of 15 buildings in Carinthia were evacuated as the nearby Gurk river threatened to burst its banks. 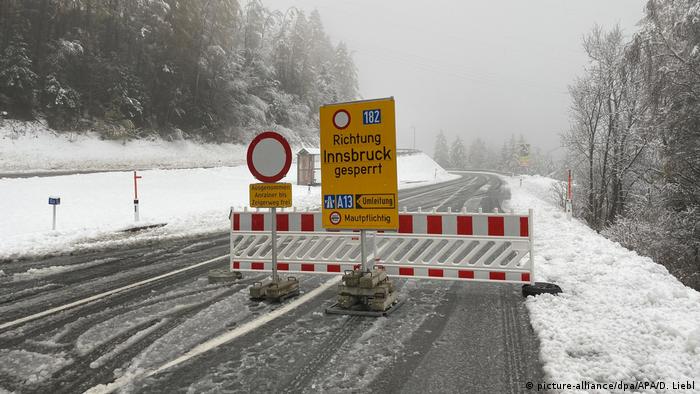 Roads near Innsbruck were closed

Around 2,000 homes in East Tyrol were still without power on Monday morning.

The chaos was also apparent in South Tyrol, across the border in Italy. The canal city of Venice is still under water after severe flooding.

Snow first began in Austria last Wednesday but grew more severe over the weekend, as an unusually harsh and early winter kicks off across Europe. Heavy snow claimed one life in France and there has been widespread flooding in the UK.