Southern Europe experienced severe rainfall, causing rail tracks and cars to be swept away. Authorities in Spain are searching for two people believed to have been caught in the floodwater. Torrential rain in southern France and northeast Spain left several people missing and one dead, as well as causing severe disruption and damage to infrastructure.

In the Montpellier region of France 1000 people were brought to safety, French authorities said on Wednesday. Some 500 people were rescued from one campsite. Emergency services also deployed a helicopter to airlift 38 people to safety. 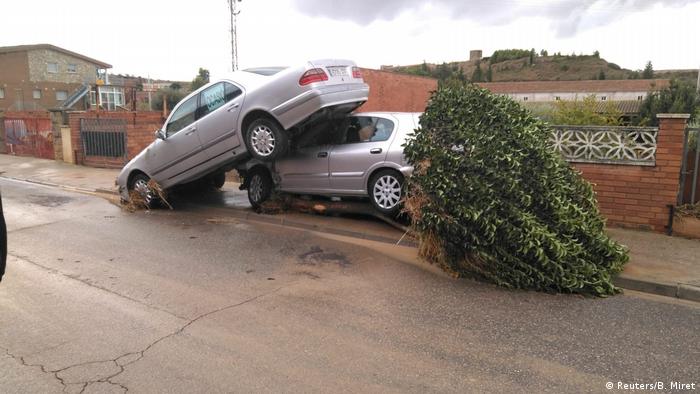 France Bleu local radio reported that a 68-year-old woman was hospitalized after she was carried away by floodwater.

One dead, two missing in Spain

In Catalonia in northeast Spain, firefighters are searching for two people — reportedly a mother and son — whose home was swept away by rising floodwaters.

The incident happened in Vilaverd, a village some 30 kilometers (20 miles) from the port of Tarragona, on Spain's northeast coast. 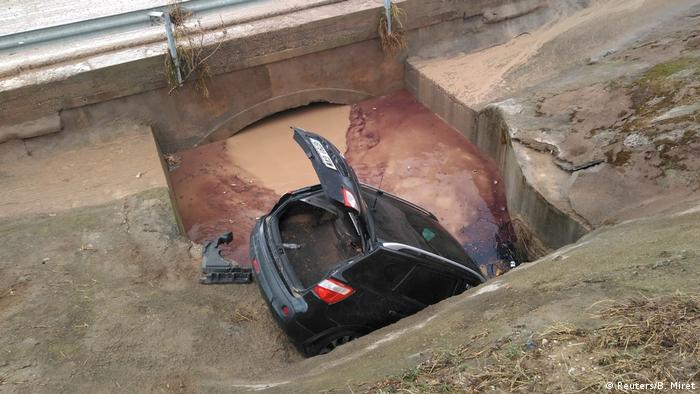 Road and wait traffic was disrupted in Spain and France

The body of a man was found late on Tuesday on a beach in the town of Caldes d'Estrac, 40 kilometers (25 miles) north of Barcelona, regional police disclosed on Twitter on Wednesday.

Read more: Defending against floods in Bosnia and Herzegovina

In France, the region closest to the Mediterranean was hardest hit with multiple roads blocked by flooding. 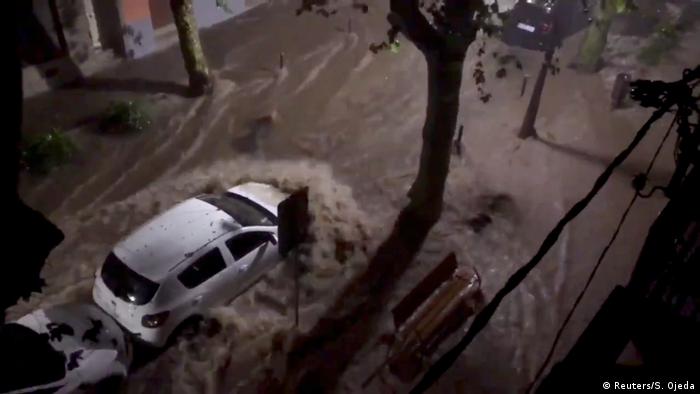 In Catalonia, 40 roads were blocked due to flooding and landslides

High-speed trains were cancelled between Barcelona and France after some of the track was washed away south of Montpellier.

Alternative routes were being explored, said a spokesperson for the French state-run train company SNCF.

In the city of Argeles-sur-Mer in the Pyrenees-Orientales department, flooding was strong enough to wedge a vehicle on top of a traffic bollard, and blocks of cement were carried along in the floodwaters.

In the city of Beziers rainfall reached 16.5 centimeters (6 inches) in 24 hours. 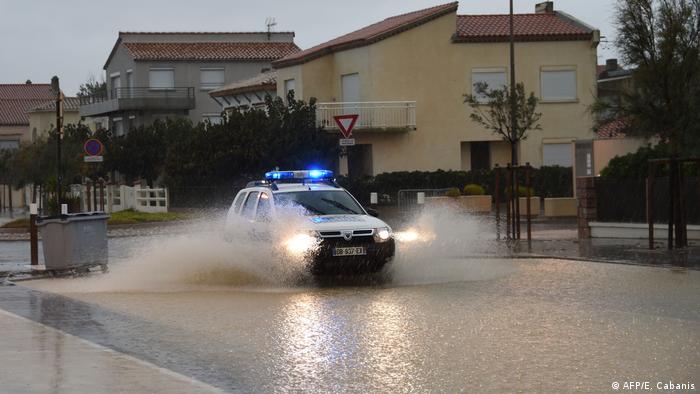 In France, emergency services rescued 1000 people from the deadly floodwaters

Torrential storms in Spain have destroyed homes, swept away cars, and left three dead. Entire towns are under water after the worst rains in 100 years. (13.09.2019)