At least 12 people were killed in torrential rains and flash floods that hit the Spanish resort island of Mallorca , authorities said on Thursday. The storm claimed the lives of three Germans, including a married couple and a reporter, as well as two British citizens and a Dutch woman.

Most of the victims of the storm, which hit late on Tuesday, were discovered in the town of Sant Llorenc and another in S'illot.

Several people were still missing, including a five-year-old boy.

"The situation is a disaster and we're trying to locate survivors and help people, but everything is flooded and people cannot leave their homes," said Antonia Bauza, a senior official at San Llorenc mayor's office.

Madrid deployed military units to the Balearic Island to assist emergency workers as they searched for missing people and cleared the streets of debris.

A storm unlike any in living memory

Spain's weather agency said up to 22 centimeters (8.7 inches) of rain fell within four hours, triggering flash floods on the island.

Local authorities said the storm was unlike any they could remember.

Footage posted online showed currents of water, mud and rubbish tearing trees and burying cars as they cut through the streets of Sant Llorenc, located some 60 kilometers (37 miles) east of the island's capital, Palma de Mallorca. 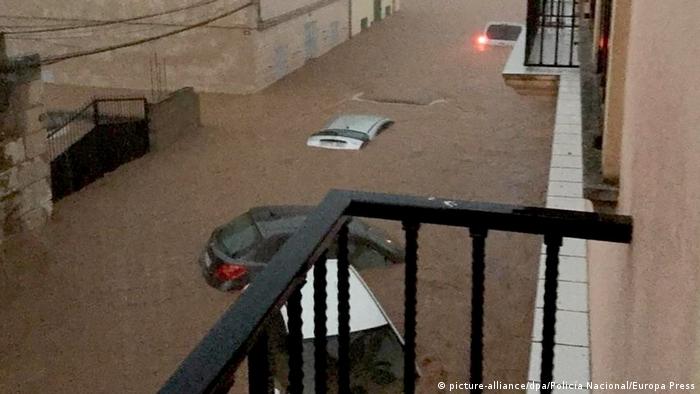 Dozens of cars were submerged under water by flash floods

Spanish tennis star Rafael Nadal, who lives in Mallorca, was seen helping residents clear mud from their houses in Sant Llorenc. Nadal announced on social media that he was opening up his tennis academy on the island to shelter those affected by the floods.

The storm also killed at least two on the coast of France. 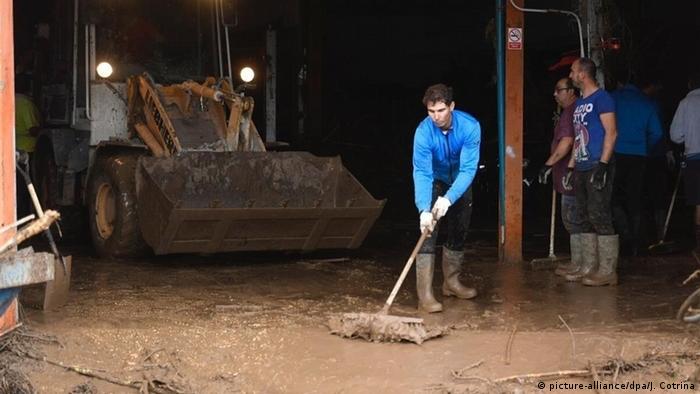 Tennis ace Rafael Nadal, a Mallorca local, was seen helping clean up after the flood

Spanish Prime Minister Pedro Sanchez said in a tweet that he was closely following developments on the ground.

"My solidarity and support goes out to the families and friends of victims and all those affected by these tragic floods," said Sanchez.

Later on Wednesday, the Spanish prime minister traveled to the island to visit the disaster zones.

Responding to news that two Britons were among the dead, the British Foreign Office said in a statement: "We are supporting the family of two British people following their deaths in Spain, and will do all we can to assist them at this deeply difficult time." 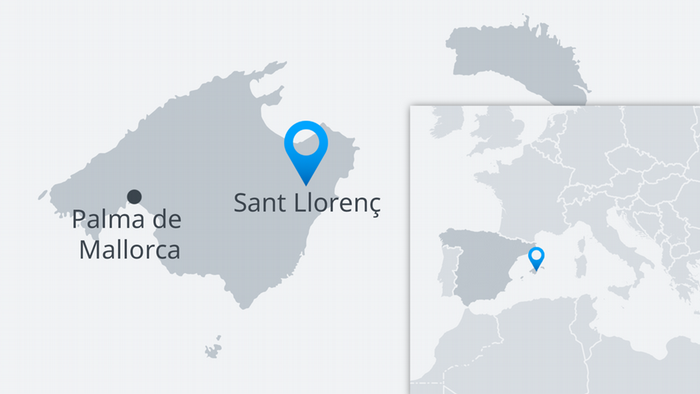 The holiday season on Mallorca is on its way. Families from around Europe are looking forward to seaside fun. But there are places where swimming is inadvisable. We find waste and discarded needles. (06.06.2018)

In Mallorca, the bathing bans imposed after the sighting of highly toxic jellyfish have been lifted. On Thursday no more red flags were hoisted, it was said from the island capital Palma. (24.05.2018)

Palma on the island of Mallorca plans to become the first Spanish city to prohibit the rental of apartments to tourists. (25.04.2018)