In Mallorca, the bathing bans imposed after the sighting of highly toxic jellyfish have been lifted. On Thursday no more red flags were hoisted, it was said from the island capital Palma. 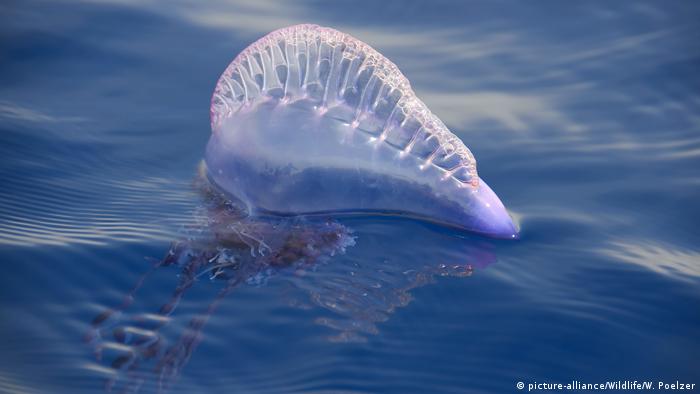 At least two live specimens of the highly poisonous jellyfish species Portuguese galley (Physalia physalis) were previously reported to have been sighted in the waters of the Bay of Palma. The affected beaches are located east of the capital city centre, not far from the "Ballermann" beach, which is popular with German tourists. In the rest of the Spanish holiday island, the extremely poisonous jellyfish species Portuguese galley (Physalia physalis) is no problem so far. Swimmers were asked by the city to report further sightings of the poisonous cnidarians to the local authorities.

According to the regional government of the Spanish islands, investigations have been underway for weeks after specimens of the Portuguese galley had already been sighted off the coast of the Balearic Islands of Ibiza and Formentera and in other parts of the Mediterranean. The emergency service of the Balearic Islands asked bathers for extreme caution.

Just last week Portuguese galleys were washed up in Alicante in eastern Spain. As a result, beaches over 100 kilometres long were closed. The authorities are now considering the use of nets and drones to prevent the animals from reaching the coast.

The Portuguese galley is not native to the Mediterranean. Experts suspect that the sighted specimens were washed through the Strait of Gibraltar to the coast of Spain by strong currents from the Atlantic Ocean. The Portuguese galley is a jellyfish species consisting of a colony of interdependent polyps. The bluish shimmering animals have tentacles, some of them several metres long. Their poison can kill smaller fish, but not humans. Contact with this type of jellyfish can cause extreme pain.

Jellyfish have a bad rep. Most people are disgusted by or even afraid of them. But the squishy sea-dwellers are beautiful creatures - who don't even need a brain to gracefully float through the seas.