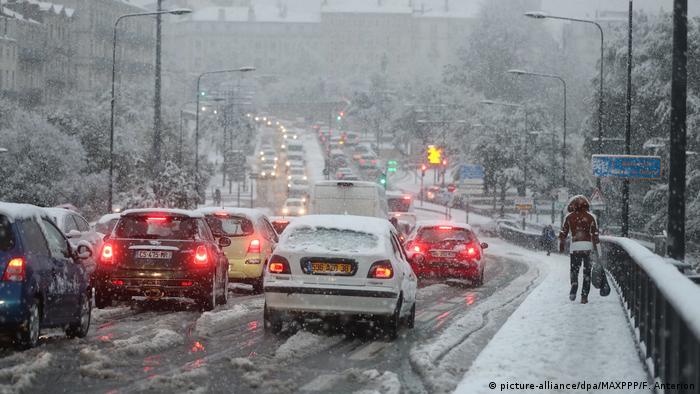 A 63-year-old driver in the commune of Roche was killed as he tried to remove a fallen tree from the icy roads and another tree fell on him. Another man who was helping him was injured.

Read more: Almost all glaciers in the Alps could disappear by 2100: study

About 300,000 people were left without electricity in the departments of Drome, Isere, Rhone and Ardeche, power company Enedis said.

Rail traffic was expected to be interrupted in and around Grenoble at least until Friday afternoon because of fallen trees on the tracks. 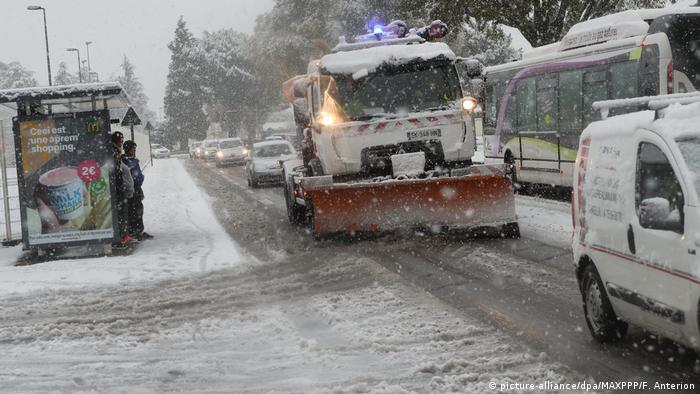 Cars and trucks were left stuck in the snow and many roads were closed across the region. Authorities urged people to avoid the roads.

Up to 20 centimeters (eight inches) of snow at low altitude and up to 30 centimeters above 300 meters (approximately 1,000 feet) are expected to fall before the snowfall is predicted to stop by Friday night, according to France's Meteo weather service.

One of the world's biggest public lenders has said it will stop financing fossil fuel projects from the end of 2021 as part of an effort to combat climate change. Germany was one of the countries which had resisted. (14.11.2019)