A group of teens in the northern German city of Hamburg were handed suspended sentences despite video evidence of their crimes. The presiding judge said the perpetrators appeared 'repentant.' 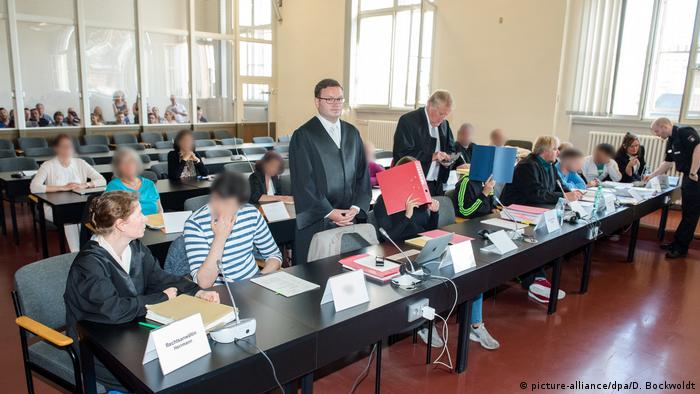 In the wake of the news that a group of teenagers were unlikely to see any real punishment for gang-raping a 14-year-old girl and leaving her for dead, citizens of the German city of Hamburg called for new rules regarding violent crime committed by minors. On Monday, an online petition calling for the teens to see jail time had garnered some 21,000 signatures.

"The sexual self-determination and integrity of a woman must have more weight than any concern for the perpetrators," [of sexual crimes,] says the petition.

According to an update on the Change.org petition, state prosecutors in Hamburg have said they will explore a way to make sure that the teens are punished despite laws that make it difficult for minors to be prosecuted and sentenced to detention.

However, the authorities have made it clear that they came to this decision on their own, and were not swayed by such petitions, Spiegel Online reported.

Assaulted and left for dead

The case in question relates to an incident that occurred in Hamburg this past February. Four youths sexually assaulted a drunk 14-year-old girl and left her for dead outside in freezing temperatures while a fifth teenager filmed the crime, during which time he shouted out instructions like a film director. 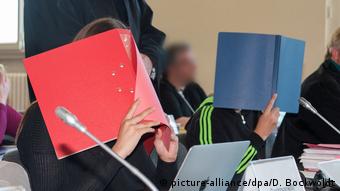 On Thursday, a judge handed down suspended sentences to the underage perpetrators. Only one defendant, who is 21, will see jail time of four years. The relatives of the defendants jumped and shouted with joy in the court as the sentences were read. The state of Hamburg has said it plans to appeal the sentencing.

The judge admitted that "the penalties may seem mild to the public," but that the teens had all made confessions, appeared repentant and been judged to no longer present a danger to society.

Due to German laws protecting the victims of crimes, little is known about the situation of the victim other than the fact that she managed to survive being left alone outside in the ice-cold conditions of a Hamburg winter.

The conflict between respecting the rights of children as too young to grasp the consequences of their actions, and holding violent criminals accountable, has been thrust into the spotlight in Germany several times over the past months.

Can group dynamics lead to sexual violence? A psychologist explains

In late September, a 12-year-old boy in the western town of Euskirchen was nearly beaten to death by a group of classmates. Authorities announced they were opening an investigation into attempted murder despite the fact that no one under 14 can be charged with a crime in Germany.

Laws prosecuting perpetrators for sexual crimes in Germany have also come under fire after the string of assaults committed in the city of Cologne on New Year's Eve. Although some revisions to the law have been pushed through, it remains difficult to prosecute sexual offenses.

The Bundestag has debated a long-awaited reform of Germany's sex crime law, accelerated in the wake of the Cologne attacks. But while women's groups say it's inadequate and overdue, some lawyers think it's unnecessary. (28.04.2016)

People in the western German town have been shocked by the violence that killed the student. Many Bad Godesberg residents said they had not felt safe even before the attack, and then their fears rose significantly. (20.05.2016)

A 12-year-old sustained life-threatening injuries after allegedly suffering a brutal attack at the hands of three classmates in Euskirchen, west of Bonn. The suspects may be too young to face any legal consequences. (24.09.2016)