Hamburg was on high alert after a passerby mistook a runner wearing a weight vest for a suicide bomber, police have said. A witness alerted officials after he saw the man enter a building. 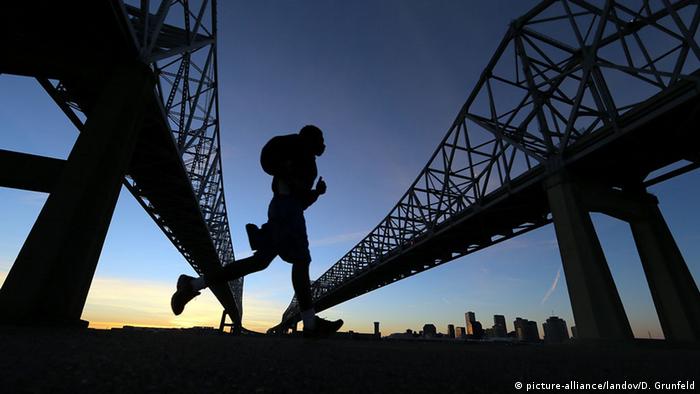 A person driving around in Hamburg's Hamm area said he saw a runner wearing what he thought was a suicide bomber's jacket, officials said. The runner reportedly "danced around" at a traffic light and entered a nearby building.

The witness found the runner's behavior suspicious and called the police, who sent 60 officers, including special commandos and riot police to nab the alleged terrorist.

But it turned out that the man had only gone for a routine run and wanted to go back to his office after his workout, police said. He had been wearing a weighted vest over his t-shirt to increase the intensity of exercise.

"The witness thought it was a suicide jacket," a police spokesman told reporters. The car driver was also alarmed by the way the jogger moved around in circles at the traffic light - probably to keep up his heart rate, they added.

Officials cleared the area soon after it was clear that the runner was not a militant. They said there was no reason to file a complaint regarding the case.

However, they were worried that the incident could inspire others to do the same and create nuisance for the authorities.

Killing rampages leave behind deaths, grief and the agonizing question of "why." At the last minute, Kai decided not to go on a killing spree. DW's Andrea Grunau met him in prison and spoke to him. (29.03.2016)

Authorities in Brussels have announced the results of a raid on an apartment thought to be the 'bomb factory' for the Paris attacks. They also found the fingerprint of a fugitive wanted in connection with the tragedy. (08.01.2016)

German police have raided a shelter for asylum seekers that they say was occupied by the man killed as he stormed a Paris police station. Authorities did not say whether the man was registered as an asylum seeker. (10.01.2016)