Bundesliga minnows Paderborn claimed another big victim, coming from behind to beat Frankfurt 3-1. Earlier, Hoffenheim's draw with Hamburg means they become one of four teams to remain undefeated after eight matches. 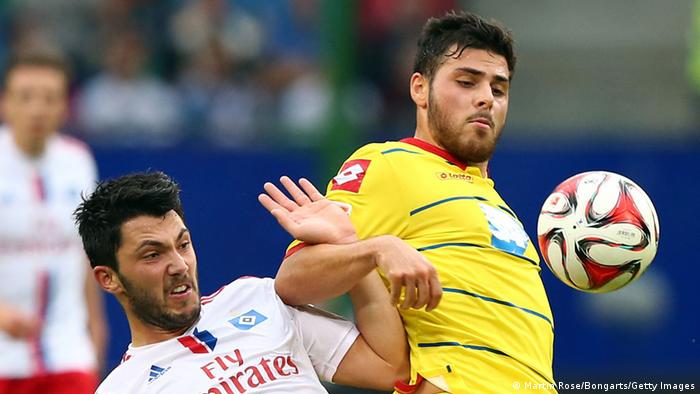 It's been a pretty desperate season so far for Hamburg. Saturday's 1-1 draw with Hoffenheim was just their second point from four home matches. Given Hoffenheim's strong start to the season (undefeated in eight matches), Hamburg probably would have taken a point before the match. Afterward, they rued what might have been.

Hamburg equalized in the 34th minute when Nicolai Müller won an excellent challenge against Hoffenheim's Roberto Firmino. The ball was picked up by Tolgay Arslan, whose crossed nicely to Pierre-Michel Lasogga. He finished supremely to tie the match.

The rest of the game saw good opportunities at both ends of the pitch. Lasogga, who continued to shine, had a number of good cracks on the goal, including a shot off the crossbar in the 79th minute. Hoffenheim were close to capitalizing on Hamburg defensive mistakes a few times as well.

Hoffenheim has helped set a new mark in Bundesliga history. After eight matches, there are a total of four undefeated teams in the league (Bayern Munich, Mönchengladbach, Mainz and Hoffenheim). The previous record was set in the 1992-93 season.

Paderborn pull off another shocker 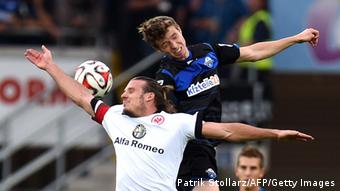 Paderborn proved too much for Frankfurt

Little of note happened in the first half of Paderborn's match versus Frankfurt, with the two teams neutralizing one another. That was to change after the break.

Three minutes before the hour mark, Bastian Ocipka pulled the ball back for a waiting Alex Meier. The journeyman forward coolly slotted the ball home to give Frankfurt the lead on their first offensive action of note.

But Paderborn have earned the admiration of fans throughout Germany for their never-say-die attitude, and it was once again on ample display. Marvin Duksch leveled the score with a lovely left-footed chip in minute 66.

Frankfurt made an attacking substitution, but it was defender Uwe Hünemeier putting the underdog hosts in front, after sneaking behind their opponents' defense ten minutes from time. The visitors had no choice but to throw everyone forward, and Süleyman Koc caught them out on the break in minute 85 to put the result beyond doubt.

Paderborn's 3-1 win means that they leapfrog Frankfurt into seventh in the table. Frankfurt are level on points in eighth.

Bayern thrashed an old rival, while Schalke picked up a big first victory for their new coach Roberto di Matteo. But Dortmund's woes in the Bundesliga continued with a 2-1 loss to Cologne. (18.10.2014)

Many have tried - and failed. Depending on your perspective, coaching Schalke is the most difficult or the most interesting job in the Bundesliga. But the latest aspirant Roberto di Matteo may just be up to the job. (19.10.2014)

Borussia Dortmund were very glad to welcome back three sorely missed players from the injured reserve list in round 8. But their loss to Cologne shows it will take some time before the team clicks. (18.10.2014)