Guinea's new military junta have unveiled a "transitional charter" to steer the country back to civilian rule — in an effort to show the world, especially donors and mining sector investors, that they can be trusted. 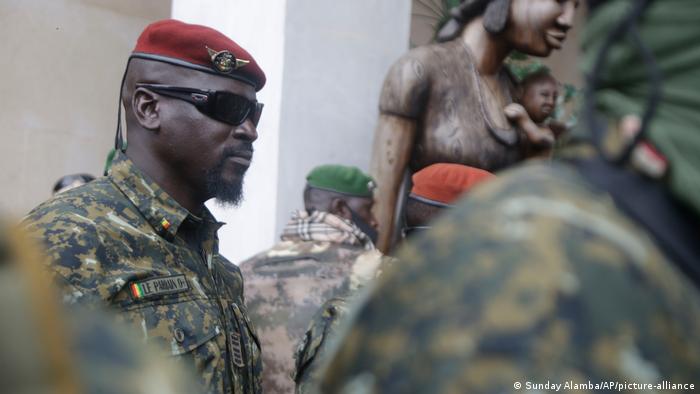 In the view of one official working in Guinea for the Russian aluminum giant Rusal, the military coup of September 5, which toppled President Alpha Conde, has not disrupted the mining sector as much as some had predicted.

"Everything is stable, business is going on," he told he told news agency AFP. "It's just a transition period we are going through."

The military junta led by Lieutenant-Colonel Mamady Doumbouya have gone out of their way to reassure foreign investors that they will uphold existing agreements.

Shortly after seizing power, the coup leaders lifted a curfew in mining areas, urged companies to continue operating and made sure that the nation's ports were kept open.

Just a little over a week after the coup, Doumbouya met with mining executives to give them further reassurance. On Monday evening, he released a road map back to democracy and civilian rule.

"The evidence is building up that they do seem to be committed to a serious transition that is focused on restoring good governance," he told DW. "Obviously, a part of that is maintaining a stable environment for investors." 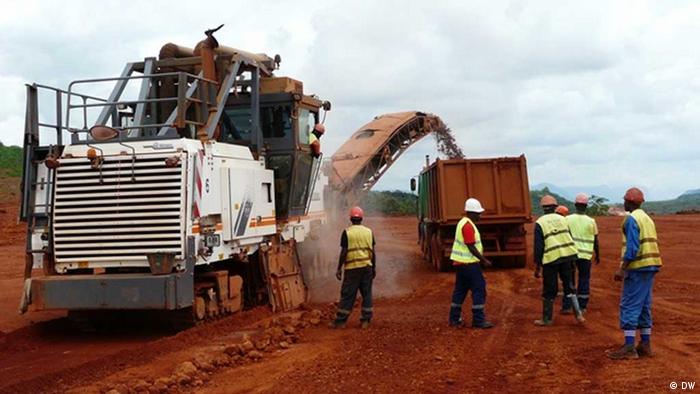 Guinea's economy is heavily dependent on extracting its natural resources

But Amadou Bah, the president of the nongovernmental organization Actions Mines Guinee, says they don't have a choice — primarily because Guinea's economy relies heavily on the extractive industry, which accounts for 32% of budget revenues.

"According to the Extractive Industries Transparency Initiative (EITI) report, 78% of the country's export earnings and 18% of gross domestic product (GDP) comes from the mining sector," Bah told DW.

A couple of days before the junta's meeting with investors and industry representatives, the price of aluminum on world markets hit a record $3,000 (€2,570), the metal's highest level for 13 years. While the main reason for this simply came down to tight supplies, the coup in Guinea added to market jitters.

Guinea is the world's second-largest producer of bauxite, the ore used to make aluminum. It is also home to the Simandou range, which is considered to be the largest untapped iron ore deposit in the world. It also has gold and diamond reserves. Nevertheless, the nation of 13 million people remains one of the poorest in the world.

Doumbouya said he took power by force in order to end poverty, endemic corruption, and economic mismanagement. The extractive industry has been especially prone to corruption scandals ever since Guinea gained independence from France in 1958.

According to civil society activists, before Guineans can reap the benefits of their own riches, the mining sector is in need of a clean-up.

"All mining contracts signed by Mr. Alpha Conde must be reviewed," Abdoulaye Oumou Sow from the front for the defense of the Constitution FNDC told DW.

Melly is confident that a review of contracts dating back decades is bound to happen — but perhaps not as soon as many would like.

"It's probably going to be the job of the democratic government that eventually gets elected at the end of the transition," he said.

Such an executive would have the mandate and "moral clout" to overhaul the mining sector regulation.

Even if they did not intend to relinquish power, as promised in the transition plan, the military would find it difficult to resist international pressure, especially from the Economic Community of West African States, ECOWAS. A stable government in the interests of Russia and China

Melly stresses that it's not just the West who will benefit from a democratic Guinea — the nation's main investors, Russia and China, will also be watching closely.

"If it were just Western countries insisting that Guinea should return to some sort of electoral model, it would be easier for, shall we say, nationalist elements in Guinea, to say the soldiers are standing up for Guineans and defying the old colonial powers," Melly further explained.

While Russia and China are less interested in democratic structures, they will be careful not to alienate other West African countries, a region where both are seeking to expand their influence.

Russia and China, like other investors, need a stable environment to do business in, the researcher added. Karim Kamara, DW's correspondent in Conakry, agrees: "Businesses want to see the back of the military rule as early as possible. Investors want to deal with civilians."

But whether the mining sector rules will be changed enough to ensure that the population also benefits from Guinea's riches remains to be seen. Even with its vast mineral deposits, Guinea still needs to tread carefully, Melly says.

"If the Guinean government imposes terms that are too tough, the mining companies could always look elsewhere for certain minerals, like iron ore or gold."

Eric Topona contributed to this article

A look back at how Guinea's military coup played out

Guinea votes as president seeks to extend decade in power

Mining is a key driver of economic growth in Guinea. But the military junta's unyielding approach toward a major iron ore project could be doing the country more harm than good.

The Economic Community of West African States has suspended Guinea amid fears that the military takeover could spark further instability in the region. But the bloc faces its own credibility problem.