The soldiers who ousted Guinean President Alpha Conde have moved quickly to quash any resistance. Guineans have mixed feelings about the coup, while analysts say Conde is partly to blame for the situation. 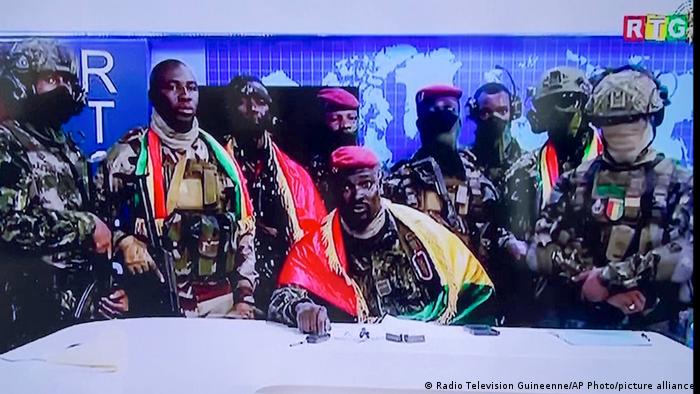 The morning after the coup, residents of the capital, Conakry, woke up to a new reality which has left Guineans with mixed feelings. "There is a great sense of uncertainty," said DW correspondent Bangaly Conde.

"Today we saw an image of Guinea we are not used to seeing. We are very disappointed with the army," one Guinean told DW.

Not everyone was disappointed. Another resident of the capital said he was very proud, "because the country is doing really badly. People are suffering. I really want something to change soon."

For many citizens feeling overwhelmed by economic hardship, the military takeover came at the right time. "I don't have the words. I'm so happy. There is no water, there is no electricity, and above all, there are no roads. We are tired of all this. He [President Alpha Conde] should go take a rest," one woman said.

On Sunday, coup leader Mamadi Doumbouya, head of the Groupement des Forces Speciales (GPS), an elite unit of the Guinean army, suspended the constitution and dissolved the government and parliament, shortly after arresting President Conde. The president had originally formed the GPS for his own protection.

The soldiers have replaced all regional governors with military commanders, imposed a curfew and closed the country's land and air borders.

Members of Conde's cabinet faced the threat of being considered rebels if they failed to attend a Monday meeting called by the coup leaders. Ministers were banned from traveling abroad and asked to turn in their passports.

In a communique, the soldiers said "all measures will be taken to ensure the safety of peaceful citizens and their property."

The international community, including the African Union and the United Nations, swiftly condemned the toppling of the elected government. The Economic Community of West African States (ECOWAS) joined with demands for a return to democratic rule, threatening sanctions if its calls go unheeded.

"We have dissolved the government and its institutions," Doumbouya, a former French foreign legionnaire, announced, adding that a transitional unity government would be installed soon. "We are going to rewrite the constitution together," he said in a televised speech, surrounded by heavily armed soldiers. 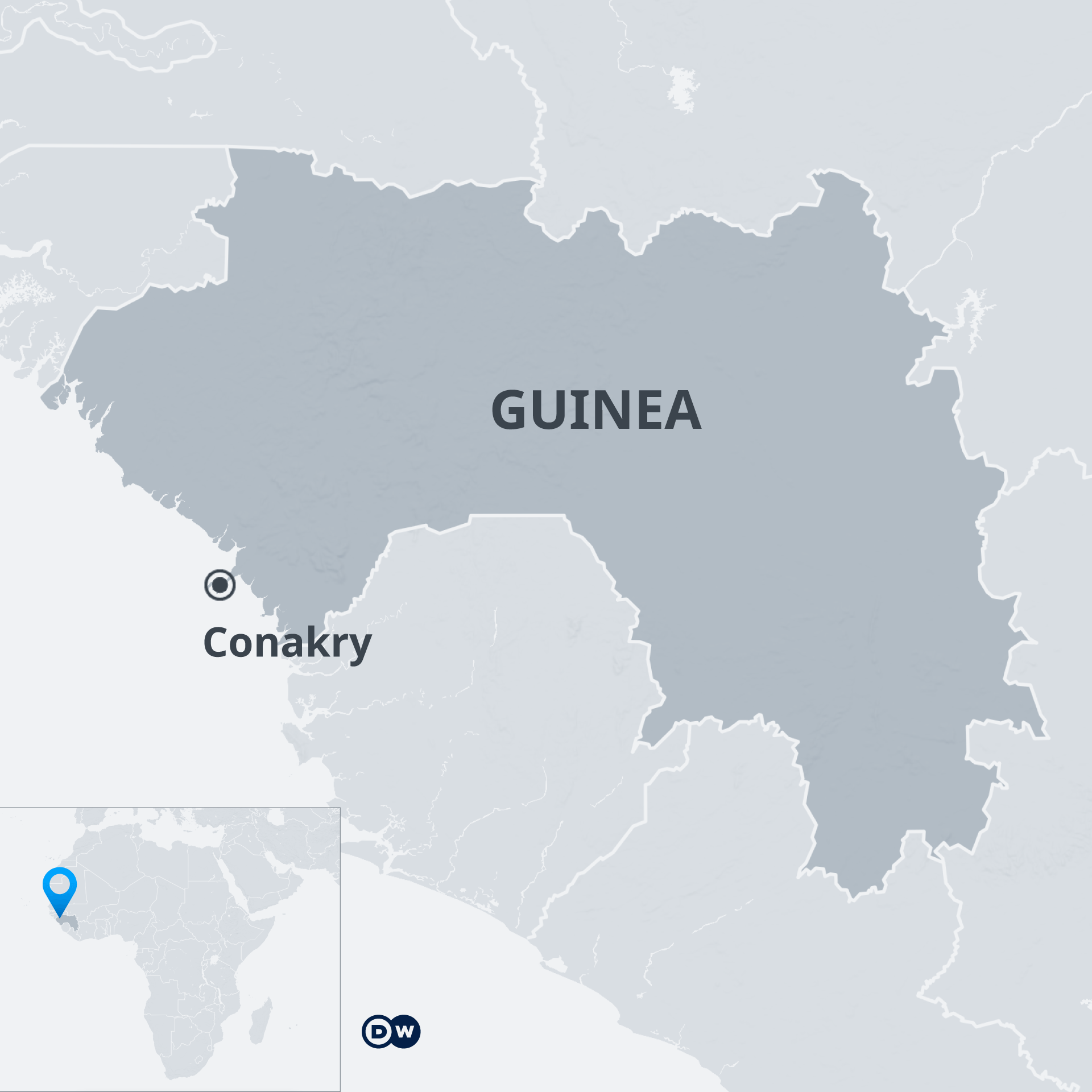 According to DW sources, during his time in the French Foreign Legion until 2018, Doumbouya took part in missions in Afghanistan, Ivory Coast and the Central African Republic, among others. He knows the Malian military officer Assimi Goita, who overthrew the democratically elected President Ibrahim Boubacar Keita from power in 2020 and has himself been interim head of state of Mali since a second coup in May.

Political scientist Doudou Sidibe was skeptical about the condemnation of the Guinean coup by the international community, African organizations and regional organizations.

He told DW that at the start, coups are always condemned. "Then the coup plotters promise democracy, development and free and transparent elections. And then the international community calms down," he said.

As examples, Sidibe mentioned recent military takeovers in Mali, Chad and other countries on the continent. 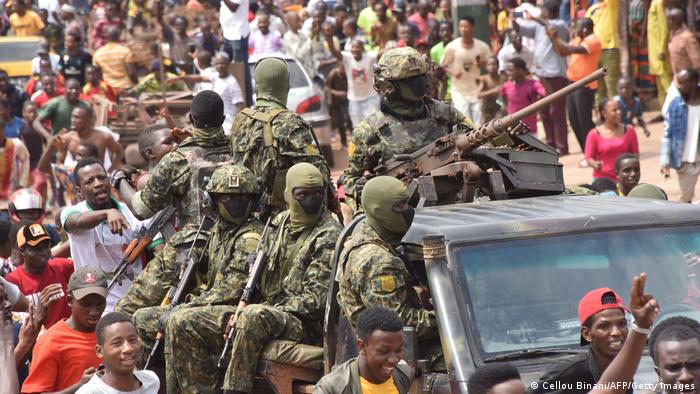 Many Guineans took to the streets to celebrate Conde's ouster

Guinean analyst Kabine Fofana told DW that, following the coup, he foresaw a dangerous power struggle within the army. "The risk is great. There is no unanimity on this coup d'etat. The question now is how the situation will develop in the coming days," Fofana said.

Is Conde to blame?

Alpha Conde came to power in 2010, after the country's first-ever democratic elections. Shortly after being sworn in, he survived an assassination attempt on his life. For a while Guineans placed high expectations on the former opposition politician.

But the 83-year-old's popularity plummeted when he rammed through constitutional changes last year allowing him to sidestep the country's limit of two presidential terms.

Political scientist Ibrahima Kane of the Open Society Initiative for Eastern Africa questioned the legitimacy of Alpha Conde's third term. "He really forced this election. And the Guinean army has long been an army that reflects the chaotic situation in the country," he told DW.

Kane blamed Conde for what happened because he surrounded himself with yes-men and lost contact with reality. "They told him that without him, nothing would work. But look at the man: he's 83 years old! That's when we know that he is no longer in full possession of his powers to lead a country as complicated as Guinea," he said.

Kojo Asante, director for advocacy and policy engagement at Ghana Center for Democratic Development, agrees. He rejected rumors that foreign interests may be at play in the coup.

"I will not be in a hurry to put this at the doorstep of foreign powers or other external forces because there have been a lot of issues that have happened in Guinea," he told DW. "We went through almost one year of serious violence, leading up to the election and post-election. Almost a hundred people died. So, this is a country that has been going through turmoil for a while."