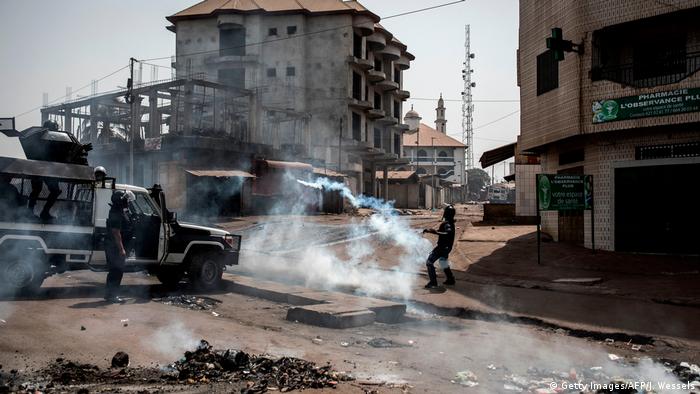 New protests broke out in Guinea's capital Conakry after both the parliamentary elections and a constitutional referendum were postponed at short notice. The polls were originally scheduled for Sunday. Since October, a coalition of non-governmental groups and opposition parties opposing the referendum have been organizing protests against the planned constitutional change. At least 30 protesters and one gendarme have died.

President Alpha Conde plans to reset presidential term limits, allowing him to run for a third spell. Conde has not openly declared intentions to run again. However, critics say the draft constitution extends presidential terms to six years and remove the two-term limits.

Under current laws, presidents are limited to only two terms in office. If his proposal passes, the 81-year-old could govern for another 12 years.

Conde said he decided in favor of a "slight postponement" because of "national and regional responsibilities". The people of Guinea will decide in a free vote on possible constitutional amendments and the composition of the parliament, the 81-year-old Conde emphasized in a television address on Friday. 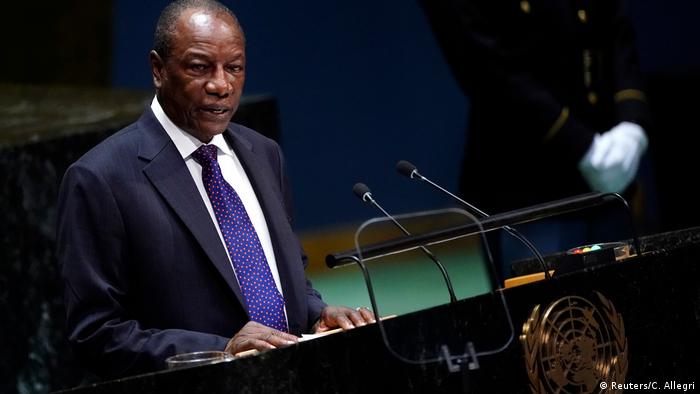 Code is under heavy national and international pressure

"It is a polite way of saying that Conde has come under heavy pressure from the political parties and civil society", Paul Melly, West Africa expert at the London think tank Chatham House, told DW.

The constitutional changes comes at a time when many countries in the region are trying to promote the idea that there should not be more than two terms for elected presidents, the expert says. "The other question is: is it sensible for Conde in his 80's to put his name forward? And is it even possible to hold elections on free and fair terms when the electoral register seems so difficult to trust," Melly added.

Where do the 2.5 million voters come from?

The International Organisation of La Francophonie had pointed to problems of verifying around 2.5 million of the 7.7 million names on the electoral roll last week. "Given that the age structure is very youthful in Guinea, it is typically that about 40 percent of the population would be of an age to vote," said Melly. 12.5 million people live in Guinea.

The African Union cancelled an electoral observation mission to Guinea, citing a "major controversy" with the roll. The EU has also cast doubt on the poll's credibility. 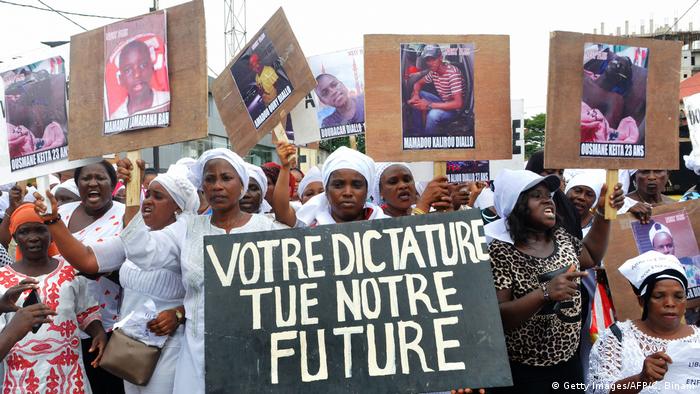 "Your dictatorship kills our future" - Protests have been going on since October, leaving at least 31 people dead

The increase in names in the roll had mainly occurred in the region where Conde has a huge political support, Melly underlines. "That again raises questions about the credibility of the poll. The situation looks extremely dangerous, and if the vote does go ahead, the risk of instability, further tensions and deep rifts in Guinean society and politics are extremely high."

Sekou Conde, a member of the ruling Rally of the Guinean People party, said the "postponement is purely for technical reasons," referring to examples of sacked polling stations. "It has nothing to do with the electoral roll." Sekou Conde told AFP that the issue of the electoral roll was a "false debate" since the opposition attacked it in previous elections that had drawn less criticism.

Experts believe that international players like the European Union and the regional body ECOWAS advised Conde to postpone the highly controversial referendum. "I don't think that Conde, given his stubborn nature, would be conceding to the request from opposition politicians inside Guinea," Melly said.

Guinea's opposition had called for the cancellation of the referendum. The opposition party Front National for the Defense of the Constitution (FNDC) released a statement calling for a new protest on March 5 and demanding that Conde "and his mafia clan" step down.

"The fight continues until Alpha Conde leaves power under the current Constitution," Ibrahima Diallo, part of the FNDC alliance opposing the new constitution, told AFPE. "We will continue the struggle until the complete withdrawal of this new constitution that the people reject en masse."

To Melly, the referendum looks like a deliberate attempt to dampen the opposition. "He knows that those are reform issues that the international community and ECOWAS will regard favorably," Melly told DW. However, he thinks those social issues would typically be addressed through normal legislation. 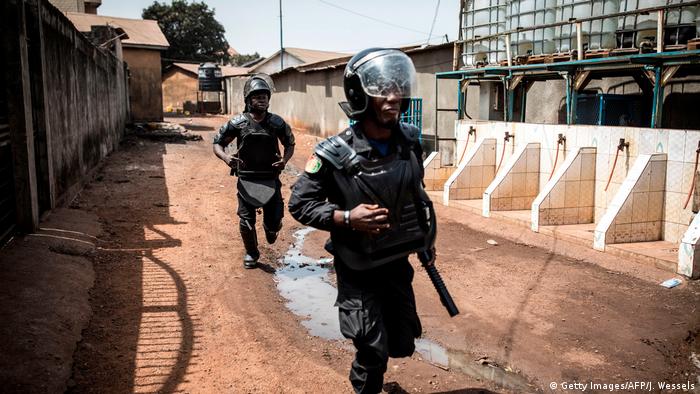 Protests broke out in Conakry, after Conde announced the postponement of the elections and the referndum

While Conde did not publicly announce a date for the new vote, a letter from the leader of ECOWAS said the new poll should take place within two weeks. "It is a difficult situation. The opposition is boycotting the election, and if the election and the referendum take place, you are going to end up with a parliament with no members of opposition in a country which is deeply divided on political issues. That's incredibly dangerous," Melly said.

Many opposition supporters have destroyed their voter's card. "If there is a presidential election at the end of the year and Conde is the candidate, and if the government is insisting to go with this completely incredible electoral register in a contest which is largely boycotted by opposition, that will be polarizing. That would make it very difficult to make sure that the contest was fair," Melly added.

Conde, who was once considered a bearer of hope, has been president in the former French colony since 2010. He was the first office-holder since independence in 1958 who came to power through free elections.