A German-Turkish man, who spent over four years imprisoned at Guantanamo Bay in Cuba, has claimed US guards regularly carried out medical experiments on inmates. The allegations follow revelations made by a US website. 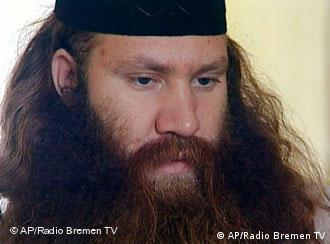 Former Guantanamo inmate Murat Kurnaz has accused guards at the US-run detention camp, of subjecting him and other prisoners to medical torture.

In an interview with the daily Berliner Zeitung, Kurnaz claimed that he was given medicine against his will several times a month throughout the four and a half years he spent in Guantanamo Bay.

Kurnaz, who is of Turkish origin, was released in 2006 and then returned to Germany, where he had grown up.

His assertions correlate with the results of two separate studies by American lawyers and the US news website Truthout. They revealed that inmates in the prison camp in Cuba were forced to take high doses of drugs, without any medical need.

Kurnaz told the Berliner Zeitung that he was regularly given injections without being told what they were for. 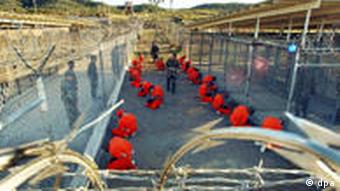 Although there was no danger of malaria in the camp, he alleges he was forced to take anti-malaria tablets, which made him tired and breathless.

Kurnaz alleges that some of his fellow inmates blew up like ballons under the influence of the drugs.

"They had swollen heads, swollen hands, everything was full of water," Kurnaz said.

Kurnaz claims that all the inmates he spoke with were convinced that newly developed medicines or drugs were being tested on them.

"We were guinea pigs, although no one told us," Kurnaz said.

The American organization Truthout last December published details of three cases of suicide at Guantanamo Bay. Truthout claimed that government documents from 2006 showed that all inmates were being administered high doses of the oral anti-malaria drug mefloquine. The dose was apparently five times the normal usage. Truthout described the practice as "pharmaceutical waterboarding."

Kurnaz's lawyer said the effects his client experienced correlate with the known side-effects of mefloquine.

"Sometimes he felt lightheaded, other times he was sick, and he also had nightmares," Bernhard Docke told Deutsche Welle. "That conforms to the effects mefloquine can have on humans, when taken in high doses."

Mefloquine can lead to sleep disturbance, depression, anxiety, psychosis and hallucination. There are reports of US soldiers displaying episodes of aggression and a higher rate of suicide after taking the drug.

Why speak out now?

Kurnaz was released from Guantanamo five years ago, so some are asking why he has waited until now to speak out. Docke says his client was not seeking publicity. He was only responding to an inquiry by journalist Andreas Förster, following the publication of Truthout's findings.

"He's trying to lead a normal life," Förster confirmed to Deutsche Welle. "That isn't very easy, because the name 'Murat Kurnaz' was in the headlines for a while. There were also reports - particularly in the tabloid press - that he was a dangerous Islamist from whom we needed protection."

"I think Kurnaz has become very mistrustful of the media," Förster added, "because he's scared people won't believe what he went through."

Obama unlikely to close Guantanamo as 'War on Terror' continues

The politics of war and terrorism have put President Obama's order to close Guantanamo on hold. In America, the indefinite detention of suspected terrorists remains an accepted cost of waging a global war. (24.01.2011)

After much wrangling, Germany has agreed to accept two inmates from Guantanamo Bay. But what kind of life awaits them and others like them after years of detention in the highly controversial facility? (08.07.2010)