Obama unlikely to close Guantanamo as ′War on Terror′ continues | World| Breaking news and perspectives from around the globe | DW | 24.01.2011

Obama unlikely to close Guantanamo as 'War on Terror' continues

The politics of war and terrorism have put President Obama's order to close Guantanamo on hold. In America, the indefinite detention of suspected terrorists remains an accepted cost of waging a global war. 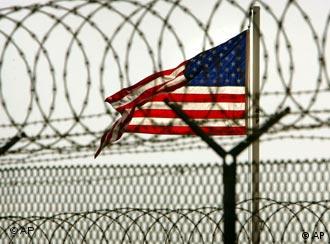 Some Guantanamo inmates will continue to be indefinitely detained

Just two days into his first term, US President Barack Obama ordered the Guantanamo Bay detention camp to be closed. However, his initial earnestness has given way to a painstaking implementation process fraught by the politics of war and terrorism.

Last December, Congress blocked funding to transfer detainees out of Guantanamo. The move came a month after the surprisingly narrow conviction of Ahmed Ghailani for his role in the 1998 US embassy bombings in East Africa. Ghailani's controversial trial raised concern about the unpredictability of prosecuting terrorism suspects in civilian courts.

This politically charged environment has stalled the closure of the Guantanamo camp by a year. Although President Obama came to power promising to end what he called “a sad chapter in American history,” it appears that this chapter is still being written. Indefinitely detaining suspected terrorists without trial, a policy developed during the Bush administration, remains an accepted cost of waging a global war.

In the opening days of the "War on Terror," the Bush administration designated suspected terrorists as "unlawful enemy combatants" which stripped them of the rights guaranteed under the Third Geneva Convention. Detainees were held for years without trial, and some were subjected to "enhanced interrogation techniques" - such as waterboarding - in secret CIA prisons. Bush administration critics simply called it torture.

But as outrage in the Muslim world grew and Washington's relations with its European allies deteriorated, a growing number of American politicians came to the conclusion that the moral and political costs were outweighing any security benefits. During their presidential campaigns, both John McCain and Barack Obama said they wanted Guantanamo closed.

Although President Obama sought a speedy implementation of his campaign promise, political realities raised doubts in Washington about the feasibility of definitively closing the detention camp. 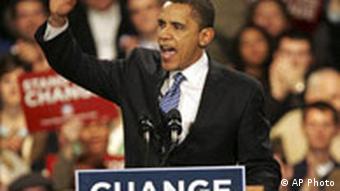 During his presidential campaign, Barack Obama promised to close the Guantanamo detention center

"The Obama administration has found congressional interest to be very fleeting," Matthew Waxman, a senior fellow with the Council on Foreign Relations who worked on detainee affairs during the Bush administration, told Deutsche Welle.

"And they've found a similar phenomenon abroad," Waxman said. "It's very easy for parties to say [they'd] like to see Guantanamo closed until they are actually confronted with the costs of doing so in the form of taking some detainees."

Europe responded hesitantly when asked by Washington to shoulder part of the burden. And the repatriation of Guantanamo inmates to instable countries like Yemen, the home of 90 detainees, raises concern about whether they will be mistreated or prematurely released.

The Obama administration originally intended to transport many of the detainees to the United States and try them in civilian courts. But prosecuting these cases in the criminal justice system has proven difficult due to lingering allegations of torture from the Bush years.

And according to Waxman, often incomplete evidence has compounded the difficulty of reliably trying and convicting terrorism suspects.

"The bigger issue is that the type of information available to the government about detainees is very difficult to use in court," he said. "Much of it was collected on the battlefield or in the course of intelligence operations at a time when prosecution wasn't seriously contemplated."

Ahmed Ghailani serves as an example of Waxman's point. Accused of participating in the 1998 US embassy bombings in East Africa, Ghailani was the first Guantanamo detainee to face prosecution in a civilian court. The Obama administration expected a decisive conviction, but prosecutors ran into difficulties when Judge Lewis A. Kaplan barred key witness testimony.

Kaplan ruled the testimony inadmissible because the witness had been identified through coercive interrogations in a secret CIA prison. The New York jury ultimately convicted Ghailani on one count of conspiracy. But it also acquitted him of the 284 other charges. As a result, Ghailani's lawyers have said they will seek a retrial due to the inconsistency of his conviction with the overwhelming acquittals.

The politically controversial outcome of Ghailani's trial gave momentum to those opposed to closing Guantanamo and trying terrorism suspects in civilian courts. And this momentum became bi-partisan when a Democrat-controlled Congress last month passed the defense authorization bill that bars funding for the transfer of detainees. 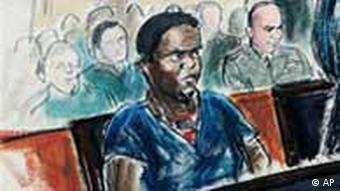 "Democrats were kind of afraid that they would be painted as soft on terrorism if they didn't go along with this effort," Johannes Thimm, an expert on American foreign policy with the German Institute for International and Security Affairs, told Deutsche Welle.

President Obama could have vetoed the legislation, but the bill included $725 billion (537 billion euro) for the wars in Iraq and Afghanistan. He ultimately signed the bill into law, making it more difficult to accomplish his own goal of holding trials in civilian courts. The Obama administration has promised to work for the repeal of the Guantanamo provisions.

"From his point of view it's sort of a fight that he can't win right now," Thimm said. "He doesn't want to spend too much political capital on it."

Baher Azmy, a constitutional law professor at Seton Hall Law School who has represented Guantanamo detainees, believes Obama's unwillingess to spend that political capital creates an inertia which ratifies many of the policies of the Bush administration.

Indeed, the Obama administration has considered lifting its stay on military commissions. Used extensively under President Bush, the commissions have less stringent rules on the admissibility of evidence. This makes it easier - in theory - to win a case like Ghailani's.

"The fundamental problem that the Obama administration has is their claim that they can choose what court to put a detainee in," Azmy said. "So if they feel like they have super strong evidence, they claim they can put him in a civilian trial. If they don't have enough evidence for a civilian trial, they just drop them in a military commission."

And if there is not enough available evidence to try a detainee in either a civilian court or a military commission, the Obama administration reserves the right to detain terrorism suspects indefinitely, he continued.

Azmy believes the US government's claim that it can choose the legal venue based on the relative strengths or merits of its case contradicts the rule of law and makes representing detainees particularly difficult.

“It's despairing and lawless,” he said.

Although administrations have changed, both sides of the political aisle remain convinced that America faces an existential threat to its national interests. As a consequence, many Republicans and Democrats sanction a permissive set of legal standards.

"The Obama administration believes that the United States is engaged in a war with Al-Qaeda and its allies, and therefore it can draw on the laws of war in conducting counterterrorism operations," Waxman said. 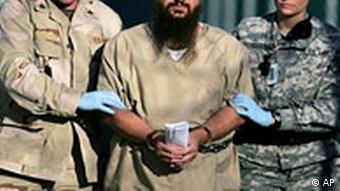 And in this global war, which has now entered its tenth year, peacetime standards of due process have taken a backseat to the national security agenda now set by President Barack Obama.

"I'm worried that we're in a long period of an extra-constitutional national security state, and that the traditional rules will continue to be distorted in order to accommodate the President's national security interests," Azmy said.

As the American-led "War on Terror" drags on, the prospect of definitively ending what candidate Obama called a "sad chapter in American history" is unlikely to occur during his first term as president.

"Guantanamo is going to stay open for quite some time," Waxman said. "At this point, it is virtually impossible to see it be closed during this presidential term, and it is likely to be open well beyond that."

In the first civilian trial of a former Guantanamo Bay inmate, a New York jury has acquitted the accused on over 200 charges, convicting on one. The defendant faces 20 years in jail, but some say the case is a failure. (18.11.2010)

Germany has formally agreed to take in two prisoners to be released soon from the US Guantanamo Bay detention camp for suspected terrorists on Cuba, after agonizing for several years over a US request. (07.07.2010)