A spate of violent kidnappings of westerners by groups affiliated with al Qaeda in the Islamic Maghreb has prompted the European Union to take action to protect its citizens in the Sahel region of Northern Africa. 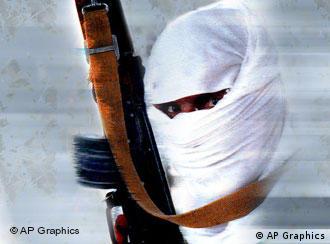 Al Qaeda is profiting from instability across North Africa

In response to what British Foreign Secretary William Hague has called an "an increased threat to our security," the European Union plans to send a team of police and security experts to the Sahel region on the southern edge of Africa's Sahara desert to help in the fight against al Qaeda in the Islamic Maghreb (AQIM).

"Operating largely from northern Mali, [AQIM] presents an increased threat to our security," Hague told the British parliament. "We are stepping up our efforts to counter terrorism in the Sahel region and to support economic and political development" which would include policing, security, infrastructure development and regional training, he said.

The EU's decision comes just days after Algeria's secret service agency warned that AQIM is planning a "wave of abductions" of Westerners in North Africa, specifically in the Sahel region which comprises parts of many countries including Senegal, Mauritania, Mali, Burkina Faso, Algeria, Niger, Nigeria, Chad, Sudan, Ethiopia and Eritrea.

Last week two Frenchmen were kidnapped from a hotel in northern Mali while, in a separate incident, a Dutchman, a South African and a Swede were abducted and a German citizen killed in a raid in the country's historic trading town of Timbuktu.

AQIM members have kidnapped and ransomed more than 50 Europeans and Canadians since 2003, according to Algeria's Department of Investigation and Security. 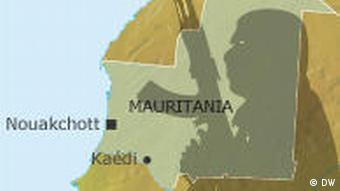 Mauritania is just one of the African states in AQIM's grip

The Algerians believe the recent abductions were carried out by a group headed by Algerian national Wahi Abdel Baqi and that Mauritanian terrorists were believed to be planning the next wave of attacks. The Algerian secret service warned that that Islamists from the countries bordering the Sahel were being brought under the AQIM umbrella to take advantage of the instability in North Africa following the Arab Spring uprisings earlier this year.

William Hague acknowledged that the revolution in nearby Libya had contributed to the disintegration of Sahel's security situation by providing "an influx of weaponry from Libya as well as potential new recruits for AQIM in the form of former mercenaries," he said.

Experts acknowledge that the region's volatility is providing a new breeding ground for terrorist activities.

"Not only have a lot of weapons come into the Sahel region but also those fighters which have not joined the government in Libya. The fall of the Gadhafi regime has given AQIM greater capabilities and has aided its growth," Professor Rohan Gunaratna, the head of the International Center for Political Violence and Terrorism Research at Nanyang University in Singapore, told Deutsche Welle.

Taking the fight to AQIM?

With AQIM allegedly recruiting and gaining in audacity and personnel close to Africa's nearest border with southern Europe, European governments such as Britain and France are particularly concerned not only about the safety of their nationals in the region but also what plans AQIM may have for the nearby European mainland. 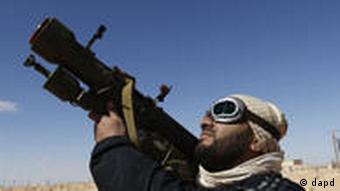 Libya's revolution opened the door to a flood of weapons

"AQIM's scope has shifted and spread since the Arab Spring uprisings," said Professor Gunaratna. "Its enhanced capabilities have made it more ruthless and more efficient. It has been raising funds in Europe and also in Africa through kidnapping and extortion so, combined with its new weapons and fighters, it is expanding from a support role to an operational capability which could threaten Europe."

Some experts have argued that by issuing a no-go directive to Western tourists for the region, AQIM's main target would be removed along with its threat but others have warned that failing to address the situation in the Sahel would be tantamount to giving AQIM room to flourish and consolidate its power base there.

"Sending Westerners home would be a counter-productive move as it would enable AQIM to construct a narrative in which it was defending North Africans against another Western intervention," Dr. Kristian Ulrichsen, a North Africa and Middle east expert at the London School of Economics, told Deutsche Welle.

Professor Gunaratna is convinced that the Westerners should not withdraw but retain a presence in Sahel where they can not only build up local law enforcement, intelligence and military capabilities but also stay for reasons of trade, tourism and commerce.

"Sahel is a very poor region and maintaining this contact and engagement will help to educate its leaders, invest in its infrastructure and help eradicate the social problems which AQIM feed on," he said.

A small footprint for success

European governments believe that the organization should be targeted as much as possible in its own backyard to avoid the threat spreading. While the kidnapping and murder of European nationals in the region is incentive enough, the European governments seem to have learned a lesson from the 'war on terror' that their own security begins with the security of the country in which the threat has its base. 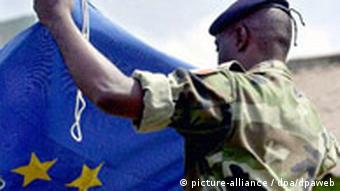 To that end, the EU mission is likely to be more about supporting and training local forces than having European troops actively seeking out AQIM cells.

"Western governments must confront AQIM but they must do so with a small footprint," said Professor Gunaratna. "They must advise, assist and guide the people to build their own security. A large imprint breeds distrust in a local population and will drive more people to AQIM so putting ground troops into the area would be a mistake."

While there is no appetite for a lengthy and expensive deployment of Special Forces teams hunting al Qaeda across the Sahel, there is also a wariness among the Europeans as to how a larger contingent would be received in a region well-known for its complicated politics, especially in Algeria where AQIM was founded.

"We could expect opposition from the newly-empowered Islamists from across the region, particularly if it taps into a feeling that the West is trying to recover control of its regional security interests following the transformative changes of the Arab Spring," Ulrichsen said.

AQIM has its foundations in Algerian Islamic militant organizations of the early 1990s which held a specific Algerian agenda, to replace the government of President Abdelaziz Bouteflika with an Islamist one.

Since developing into al Qaeda's North African franchise, AQIM has extended its activities beyond Algeria into surrounding countries of the Sahel where members have become deeply rooted in local communities, marrying into tribal families and becoming very hard to identify and root out. 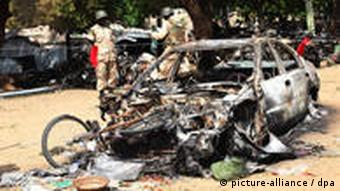 AQIM-assisted Boko Haram has stepped up attacks in Nigeria

AQIM has also been linked to Nigerian Islamist sect Boko Haram which has carried out two bombings in the Nigerian capital Abuja this year, the latest in August when a suicide bomber drove a car loaded with explosives into the United Nations headquarters, killing 24 people.

"Regional governments are committed to change and the EU has a lot to offer in this regard," Professor Gunaratna said. "The region will benefit immensely from this, as will the whole of Africa."

Nigeria is on high alert again after the radical Islamic group Boko Haram launched a fresh wave of terror attacks in northeastern Nigeria. The group is reportedly strengthening its ties to al Qaeda militants. (07.11.2011)

US concerns over nuclear smuggling between Europe, North Africa

The hunt is on for the alleged Russian mastermind behind an Eastern European crime syndicate's failed attempt to sell weapons-grade uranium to a North African who the US fears could have links to Islamist extremists. (05.10.2011)

Sahel terror threat persists despite the killing of al-Sahrawi 17.09.2021

French President Emmanuel Macron has hailed the killing of Adnan Abu Walid al-Sahrawi, the leader of the "Islamic State in the Sahara," as a "huge success." But analysts warn that the terror threat is far from over.

The chancellor welcomed President Mohamed Bazoum to Berlin, praising the good things his country was doing while underscoring the difficult challenges it faced — not least the terrorism that dominates the Sahel region.