Speaking to the US Congress, the teenage climate activist has urged lawmakers to take action on the "existential crisis" of climate change. Thunberg criticized the US for being the "biggest carbon polluter" in history. 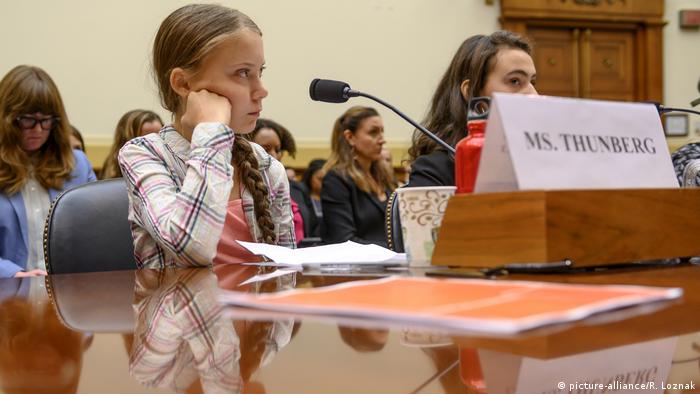 Forgoing a prepared opening statement, Thunberg instead submitted the 2018 Intergovernmental Panel on Climate Change (IPCC) report, which calls for unprecedented measures to be taken in order to keep temperatures from rising 1.5 degrees Celsius (2.7 Fahrenheit) by 2030.

Thunberg was invited to the hearing along with three other young climate activists in order to provide the committees with the next generation's perspective on climate change.

Sixteen-year-old Thunberg also criticized the US for being the "biggest carbon polluter in history" and the top producer of oil.

"And yet you are also the only nation in the world who has signaled with strong intention to leave the Paris agreement because it was a bad deal for the US," she said.

Thunberg has been in the US capital since last week, and her visit has included a meeting with former US President Barack Obama, who said she was "one of our planet's greatest advocates." Thunberg also received an "ambassador of conscience" award from Amnesty International.

Her appearance before Congress came as President Donald Trump announced Wednesday that his administration was revoking the US state of California's authority to set its own stricter mileage standards, as part of a plan to roll back Obama-era fuel efficiency regulations.

Trump has also expressed skepticism about the causes and effects of climate change, and has dropped several regulations aimed at reducing pollution, protecting waterways and restricting access to federal lands. The Trump administration also abandoned the Paris climate accord in 2017. 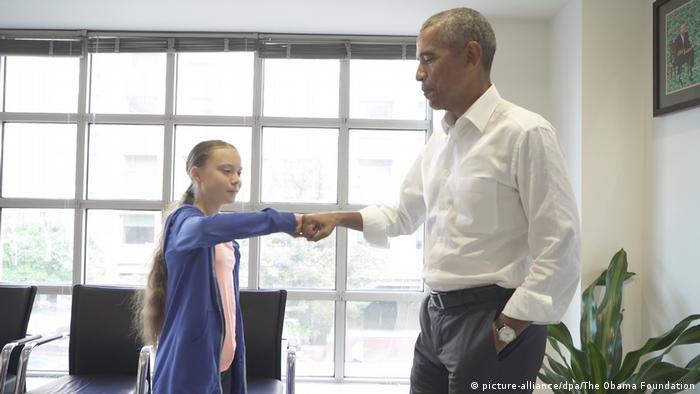 In August 2018, Thunberg skipped school to protest outside Sweden's parliament to demand more action against climate change. Her action inspired the "Fridays For Future" global movement of weekly school walkouts for climate activism. On Friday, Thunberg will be in New York to lead a "global climate strike."

Read more: After a year of strikes can Fridays For Future maintain momentum?

On Saturday, Thunberg will be joined by 500 other young climate activists for the first ever Youth Climate Summit at the UN in New York, and she is also expected to speak at the UN Climate Action Summit on September 23.

At the summit, UN Secretary-General Antonio Guterres is expected to ask countries to enhance their carbon reduction commitments in order to avert the consequences of runaway global warming.