Greta Thunberg sets sail for Spain from US by boat

The Swedish teen has been in North America for three months but now faces a race against time to get to COP25 in Madrid. The UN climate summit begins on December 2 and her journey will take two to four weeks. 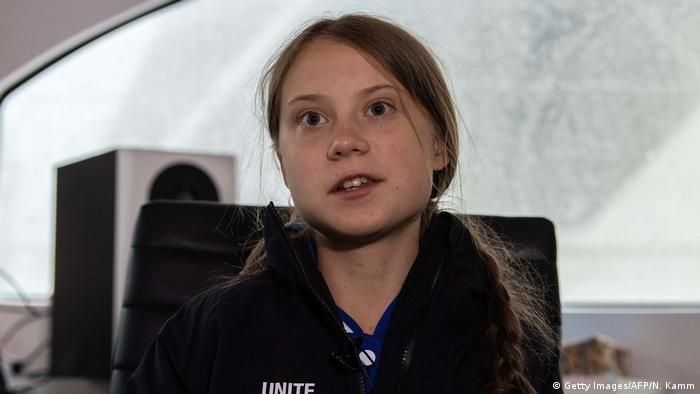 Climate change activist Greta Thunberg confirmed she will be returning to Europe on Wednesday, aboard a catamaran, in order to attend December's UN climate conference in Madrid.

She tweeted the news late on Tuesday. "So happy to say I'll hopefully make it to COP25 in Madrid. I've been offered a ride from Virginia on the 48ft catamaran La Vagabonde. We sail for Europe tomorrow morning!"

The teenager will be hitching a ride across the Atlantic with Australians Riley Whitelum and Elayna Carausu, along with English skipper Nikki Henderson.

The boat leaves almost no carbon footprint as it uses solar panels and hydro-generators for power. The catamaran also has a toilet, a luxury not at her disposal on the boat which took the Swede from the United Kingdom to New York in August, where a bucket was all that was available.

"There are countless people around the world who don't have access to a toilet," she said of the upgrade. "It's not that important. But it's nice to have."

The news came as a mural of Thunberg was unveiled in downtown San Francisco.

The man behind the creation is street artist Andres Iglesias. He said the mural was different because he does not normally address politics, religion or sport but with this one the Argentine feels "connected with the politics behind (it) because I think it is real and if I have to compare it with the rest of my murals, this is the most political one that I ever made," the 32-year-old said as he sat on a roof with the portrait behind him. 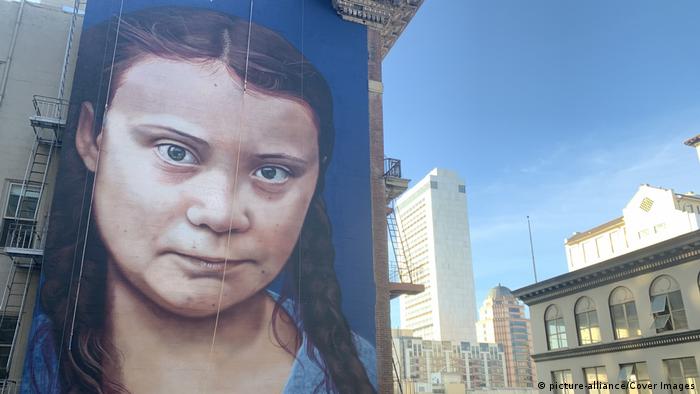 A 60-foot-tall mural of Greta Thunberg was unveiled in San Francisco as the teen activist announced her plans to leave the US. The eight-story painting is situated in Union Square.

Prior to this, one of Iglesias' best known paintings was a now-demolished mural of the late actor Robin Williams, also in San Francisco.

Of late, Thunberg has attracted criticism from conservative leaders in the US, as well as from Russian President Vladimir Putin, to which she responded emphatically. "It should be the adults who take that responsibility. But it feels like the adults and the people in power today are not."

Just hours before her departure, Thunberg took time to reflect on her trip, notably a visit to the Standing Rock Indian Reservation, where there have been protests over the Dakota Access pipeline.

"I was actually quite surprised to see how bad the indigenous people have been treated," she said. "They are the ones who are being impacted often the most and first by the climate and ecological crisis. And they are also the ones who are at the front line trying to fight it."

There was something else that shocked the Swede — her new-found fame.

"There are always people who come up to me and ask for selfies and so on," she said. "So, that really gives you an idea of how big the climate movement has reached."