Thunberg's speech to thousands of protesters was punctuated by a counterrally organized by a pro-oil group. Thunberg's visit comes days before an election in which climate change promises to be a contentious issue. 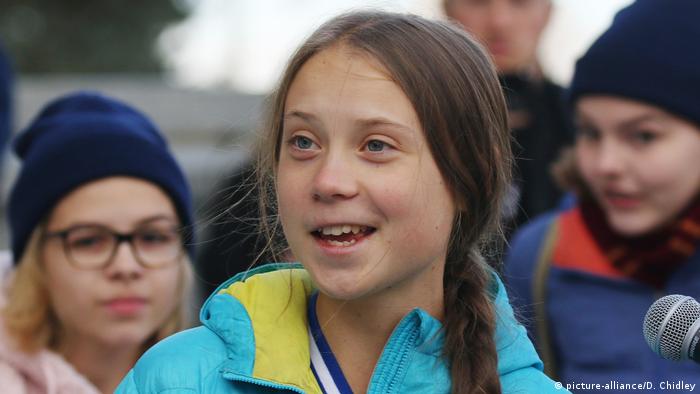 While Thunberg steered clear of making any direct criticism of Alberta's oil sands or of commenting explicitly on Canada's upcoming election, she called for Canada to take responsibility for its emissions.

"Richer countries such as Canada and Sweden need to get down to zero emissions much faster so people in poorer countries can heighten their standard of living by building the infrastructure we have already built," Thunberg told a cheering crowd from the steps of the Alberta Legislature Building.

The crowd, estimated by organizers to number close to 10,000, was led by indigenous drummers and marched slowly towards the provincial legislature building from the city center.

"I came out to show support for Greta and everyone fighting against the climate crisis," said demonstrator Bridget Gutteridge-Hingston, 13, who marched with her father. "It's something I'm definitely scared of," she said.

A smaller counterrally organized by a pro-oil group, United We Roll, drove from the nearby city of Red Deer to Edmonton in order to demonstrate their support for the oil and gas industry. The convoy of big rig trucks passed by the legislature building and honked their horns as Thunberg spoke. 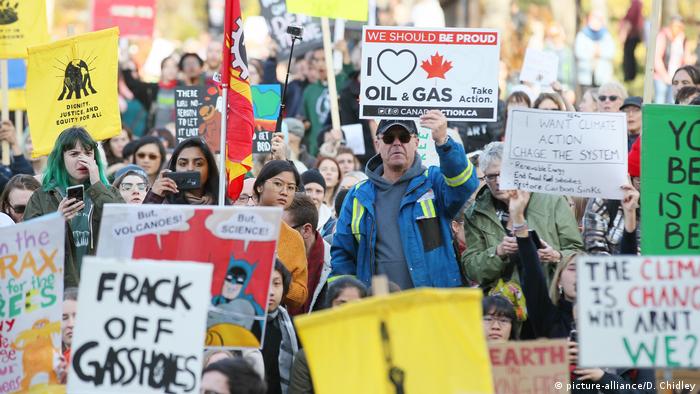 Alberta is home to Canada's oil sands and holds the world's third-largest crude reserves. A 2018 Stanford University study ranked the Canadian oil industry's upstream emissions as the fourth-largest in the world.

The march, organized by indigenous and environmental groups, came days ahead of Monday's federal election in which climate change and the future of the oil and gas industry have proven to be important and contentious issues.