In the Fridays for Future weekly protest, the Canadian city of Montreal led the way, with half a million children and adults taking part. Millions more across the globe joined in. 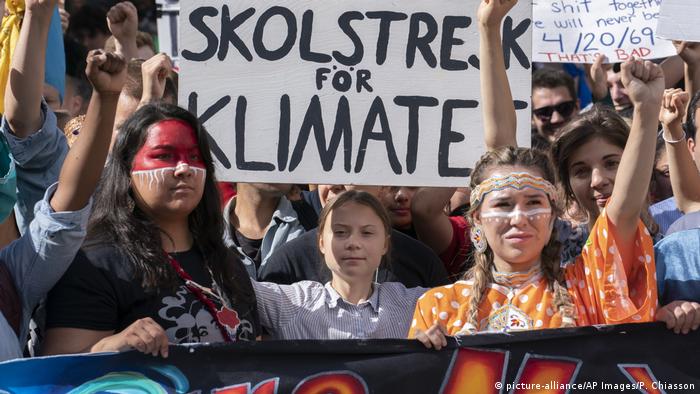 A Montreal rally led by Greta Thunberg on Friday attracted 500,000 people, according to organizers.

Schoolchildren were joined by adults as they marched together with the teen activist at the demonstration as part of a global wave of "climate strikes."

The 16-year-old Swede met with Canadian Prime Minister Justin Trudeau, who also joined the rally, but afterwards she told a news conference with indigenous leaders that he was "not doing enough" to combat global warming.

Thunberg said: "My message to all the politicians around the world is the same. Just listen and act on the current best available science."

Trudeau's green reputation has taken a hit recently with his plan to nationalize an oil pipeline in order to save the construction project after years of postponement. The crude oil channel has drawn criticism from environmental groups who fear spills and the effect on marine life. 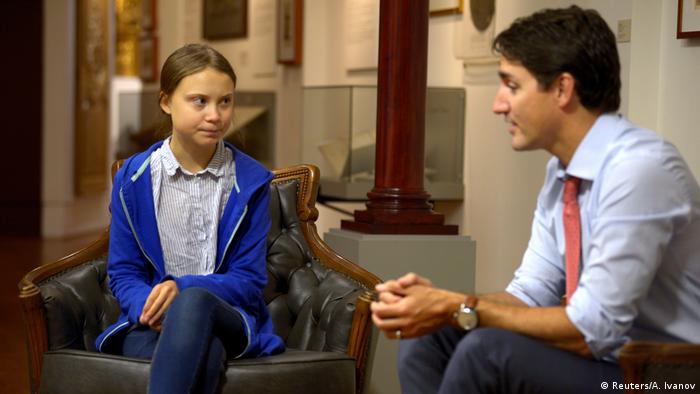 Canada is the fourth-biggest producer of crude oil in the world and the country's energy industry amounts to about 11% of annual nominal gross domestic product.

The prime minister's image also took a battering earlier this month when "brownface" makeup images surfaced of Trudeau. The premier subsequently apologized, admitting it was a racist act although he did not realize it at the time.

After meeting Thunberg and promising to plant two billion trees, the Canadian leader said: "I agree with her entirely. We need to do more."

Earlier this week, ahead of next month's general election, the Canadian premier said that Canada would attain net-zero carbon dioxide emissions by 2050, joining more than 60 other nations that have also signed up for the pledge.

Friday's event in Montreal was one of many around the world. In Italy hundreds of thousands of protesters were reported while an estimated 40,000 were in attendance outside New Zealand's Parliament in Wellington.

A year after Thunberg began her Fridays for Future movement outside the Swedish parliament in Stockholm, approximately 60,000 people gathered there, organizers said. The Austrian capital, Vienna, also reported the same number of protesters. 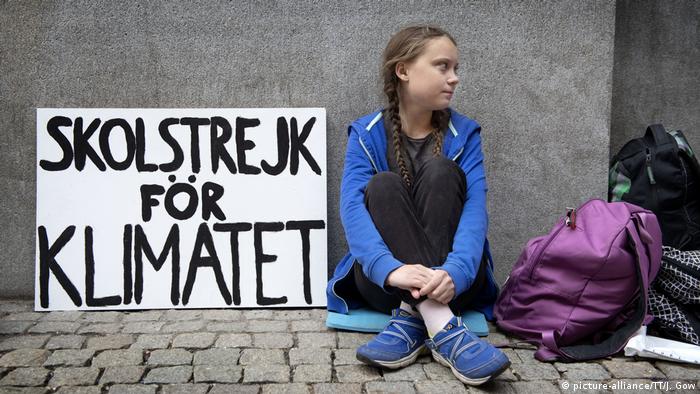 The solitary figure of Thunberg outside the Swedish parliament in 2018. One year later, half a million protesters joined her in Montreal as part of her school strike for climate change.

Germany was also a vibrant place for demonstrators.  Thousands of people took to the streets, although figures were lower than last week.

Nevertheless, 65 cities across the country announced organized rallies, including Hamburg, where police estimates suggest more than 3,000 fought off the rain to make their voices heard.

In Munich, authorities estimated around 2,000 people marched through the city center, while 1,200 protesters were reported to have taken part in Nuremberg.

How come Germany is no longer the 'World's Best Country?'

The magazine US News and World Report has downgraded Germany in its global ranking. DW's Carla Bleiker is shocked at the development but clings to the fact the country still seems the place to be for entrepreneurs. (08.03.2017)