Green tech: From Africa to Germany | Environment | All topics from climate change to conservation | DW | 31.05.2018

Green tech: From Africa to Germany

Water pollution, deforestation and wasted energy are problems all over the world. African students are working to solve them, and they're exchanging ideas with Germany to do it. 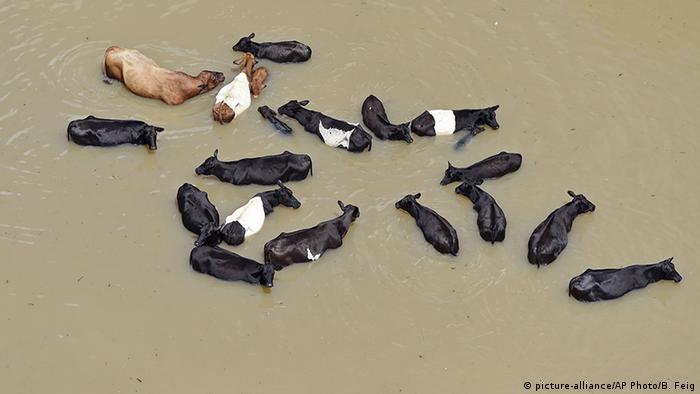 Herdsmen shepherd goats, sheep and cattle through the wilds of Ghana, letting them bath in lakes as the fierce sun beats down. It's an image that might sound idyllic in the West, but for many in Ghana it's an urgent health threat.

Almost 22 percent of Ghana's 28.1 million people rely on water that collects on the ground or in ponds and lakes for their daily needs, according to US-aid organization Water.org. That leaves them vulnerable to waterborne diseases carried by livestock, as well as industrial and domestic waste.

Kofi Sarpong Adu-Manu set out to solve the problem. "One of my friends was discussing a problem in his community of herdsmen destroying river resources and then the idea came, why don't we monitor the water?" he told DW.

A computer scientist, Adu-Manu has designed sensors that measure factors such as the acidity, temperature and levels of oxygen in water sources. The data is then used to inform people about whether or not it's safe to drink.

"Many people are getting cholera, typhoid and other water-related diseases because of the water they drink in Ghana," Adu-Manu said.

Adu-Manu was able to develop his technology with help from the DEMIS exchange program. The project connects doctoral students from three African universities in Ghana, Mozambique and Tanzania with Germany's Carl von Ossietzky University of Oldenburg. It gives them the opportunity to travel and share ideas with other experts in their fields, with the aim of improving environmental sustainability and energy efficiency in their home countries.

For Ezar Esau Nharreluga from the University Pedagogica in Mozambique wants to use technology to change the way people think about and use energy. Only around 29 percent of the population of his country has access to electricity, and that figure is even lower in rural areas. Demand is high but, particularly in cities, the power that is produced isn't used efficiently.

"Faced with the enormous demand for energy and the current deficit, the Mozambican government is implementing policies in order to guarantee efficient consumption of energy," Augusto Fernando, Mozambique's deputy minister of mineral resources and energy, said at an energy efficiency seminar at the South African Development Community in October, according to the news site Club of Mozambique.

But government policy aside, Nharreluga says over-consumption often comes down to how people view energy. "It can be 27 degrees in Maputo and people will turn on the air conditioning and then put a jacket on inside – and that wastes energy," he told DW. "Most of the time people have no ability or motivation to change their behavior, but a trigger can change that."

For example, he said, energy consumption could be measured in a specific room. "If many devices are used when they are not needed, the lamp color can turn to red to show consumption is high – or green for low consumption." 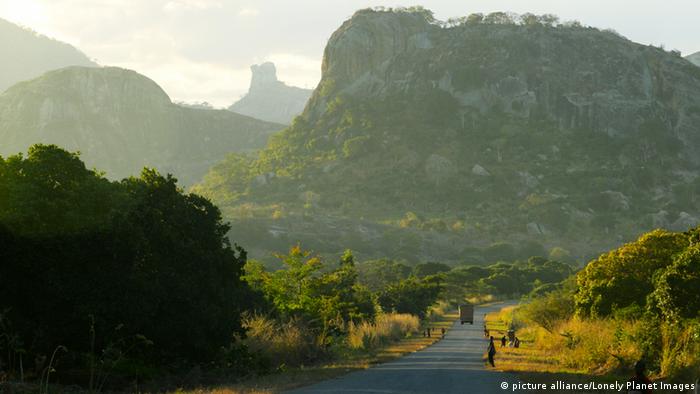 Mozambique is blessed with a a wealth of natural forest. Idease developed with DEMIS could help preserve it

Nharreluga has only just begun his research, but Nharreluga hopes the DEMIS program will allow him to move quickly from ideas to practical solutions.

The program invited nine students to take part in the program. They spent time in Germany finding how the country deals with recycling and sustainability – learning about both success stories and problems, such as German e-waste that ends up in Ghana.

Hortencia Joana Macombo Massinga, also from Mozambique's University Pedagogica, is taking on deforestation. Natural forest makes up around 50 percent of Mozambique's territory but it's at risk.

Lloyd Larbi, from the University of Ghana, whose research focuses on coastal-zone management through community stewardship, said he had got a lot out of exchange program. "DEMIS has provided a platform to network with researchers," he told DW. "It's opened new ways of doing new research work and has given us the chance to travel to meet experts who have contributed greatly to our work."

Now, they hope to channel that work into improving things back home.

Africa's tropical forests, which include the Congo Basin, are under constant threat. Deutsche Welle speaks to Proforest's Abraham Baffoe on what stands to be lost and what needs to be done to tackle deforestation. (30.05.2018)

Keeping cool with the sun on Lake Victoria

Overfishing on Africa's Lake Victoria has left many local fishermen struggling to survive. Two Kenyan siblings want to revive the industry with an environmentally friendly fish farm and solar energy. (17.05.2018)

'Europe and Africa can learn from each other on environment'

Nneota Egbe is a veteran host at eco@africa. He reveals what he's learned in that time, describes some memorable moments and explains what Africans and Europeans can learn from each other regarding the environment. (01.03.2018)